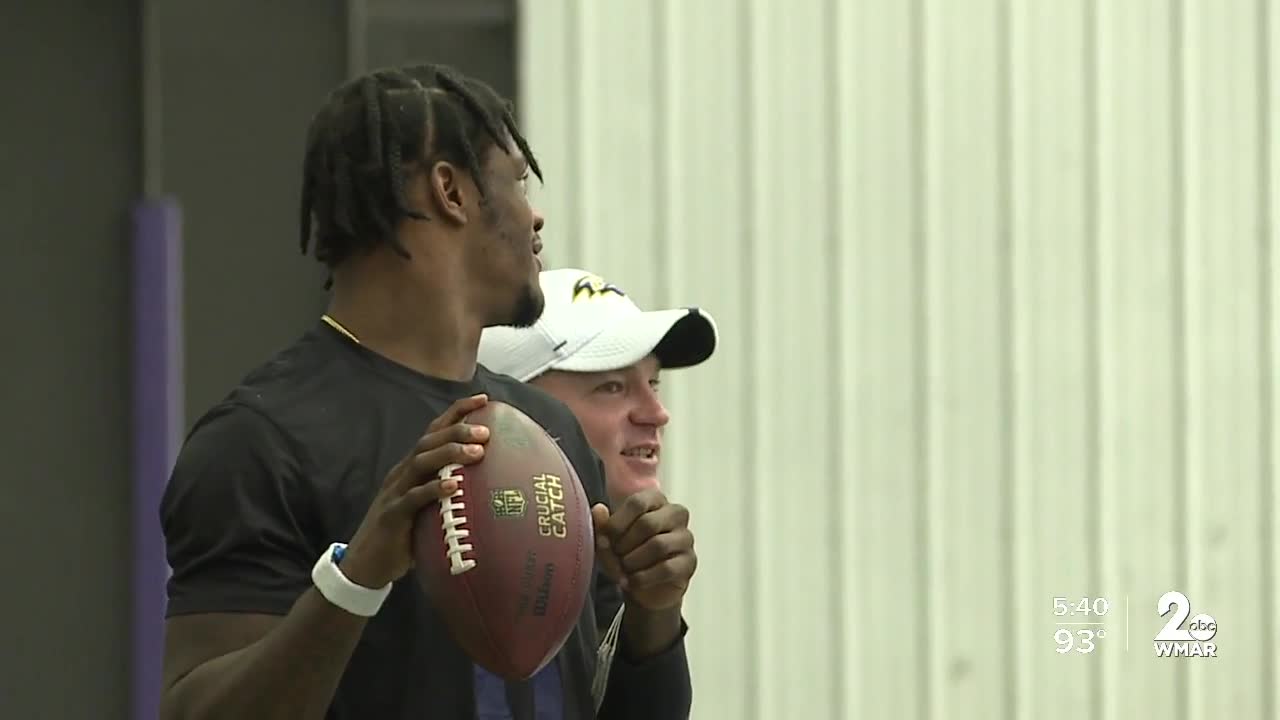 The reigning NFL MVP is back for year three. Lamar Jackson, coming off that historic 2019 season, is ready for an even better 2020.

OWINGS MILLS, Md. — The reigning NFL MVP is back for year three.

Lamar Jackson, coming off that historic 2019 season, is ready for an even better 2020.

"There is always room for improvement and I just got to keep grinding, working on everything - passing, running ability, everything - and I feel like the sky is the limit," said the Ravens quarterback during a virtual interview on Wednesday.

As Lamar and his teammates arrive at Ravens training camp things are looking different around the team facility. It’s all about adjusting to new COVID protocols.

"I didn’t have any corona(virus). Not one tick in me," he said. "I think I was doing a great job quarantining. I’m going to keep it that way. I’m the new bubble boy."

Players and coaches are equipped with tracking devices that buzz when they get too close to one another. And the sanitizer is never out of reach.

"We got our hand sanitizer," he said as he reached for a bottle of sanitizer to hold in front of the camera. "We’re doing our thing here. Got our masks. We’re doing good here."

Jackson said he hopes the NFL can complete the upcoming season.

He’s fully aware of the expectations upon him - trying to take that next step and win in the playoffs.

"Last year none of us expected us to lose. But now we just got to focus on the Cleveland Browns and when we get back to the playoffs we’re going to go from there," he said.

The Ravens host the Browns week one.

What did Jackson work on the most in the off-season?

And he’s lobbying for another target to catch those throws, veteran free agent receiver Antonio Brown. Jackson worked out with him in Florida over the off-season. He was impressed by Brown's work ethic and not concerned about his off-the-the field troubles.

"I was hoping we would get him. Still hoping a little bit," said Jackson. "There’s no quit with him so it’s like that’s the type of guy we need in our locker room and I feel like the locker room here is different from any other locker room. It’s a brotherhood going on and it’s none of that outside noise."

Jackson said Ravens coaches did ask him how Brown looked.

This week is all about COVID-19 testing for the Ravens. Conditioning and walk-throughs begin next week. Padded practices start mid-August.