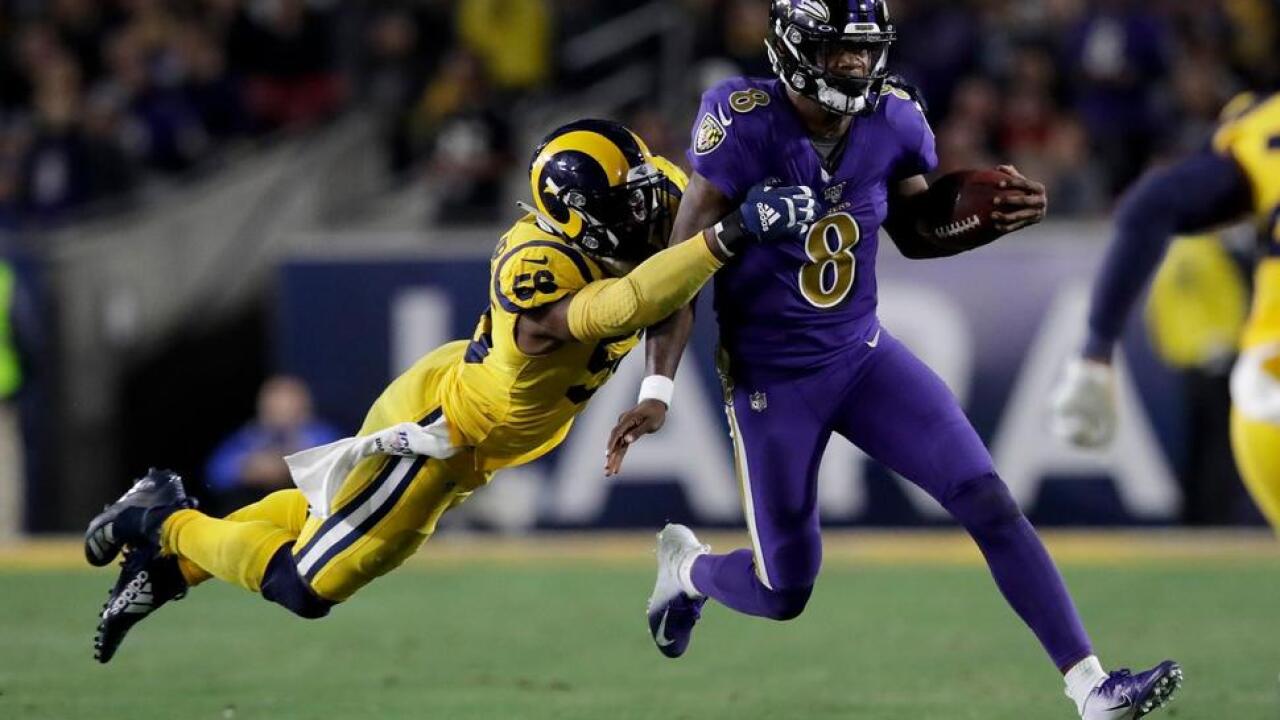 BALTIMORE (WMAR) — Just when you thought he couldn't earn anymore awards or set anymore records, Lamar Jackson does it again.

On Thursday, the Baltimore Ravens second year quarterback was named AFC Offensive Player of the Month for November.

The Ravens are on an eight game winning streak, and are currently the AFC first seed with a 10-2 record on the season.

Following three of those four victories, Jackson was named AFC Offensive Player of the Week, an award he has won four times this season .

In his last five games, Jackson has thrown for 14 touchdowns and no interceptions while posting a 136.8 quarterback rating.

The former Heisman Trophy winner now leads the entire NFL in season touchdown passes with 32, and is just 63 rushing yards shy of setting an all time season record of rushing yards by a quarterback.

His game performances this season have landed his jersey and cleats in the Pro Football Hall of Fame in Canton .

The Ravens and Jackson will next play Sunday at 1 p.m. against the 9-3 Bills in Buffalo.