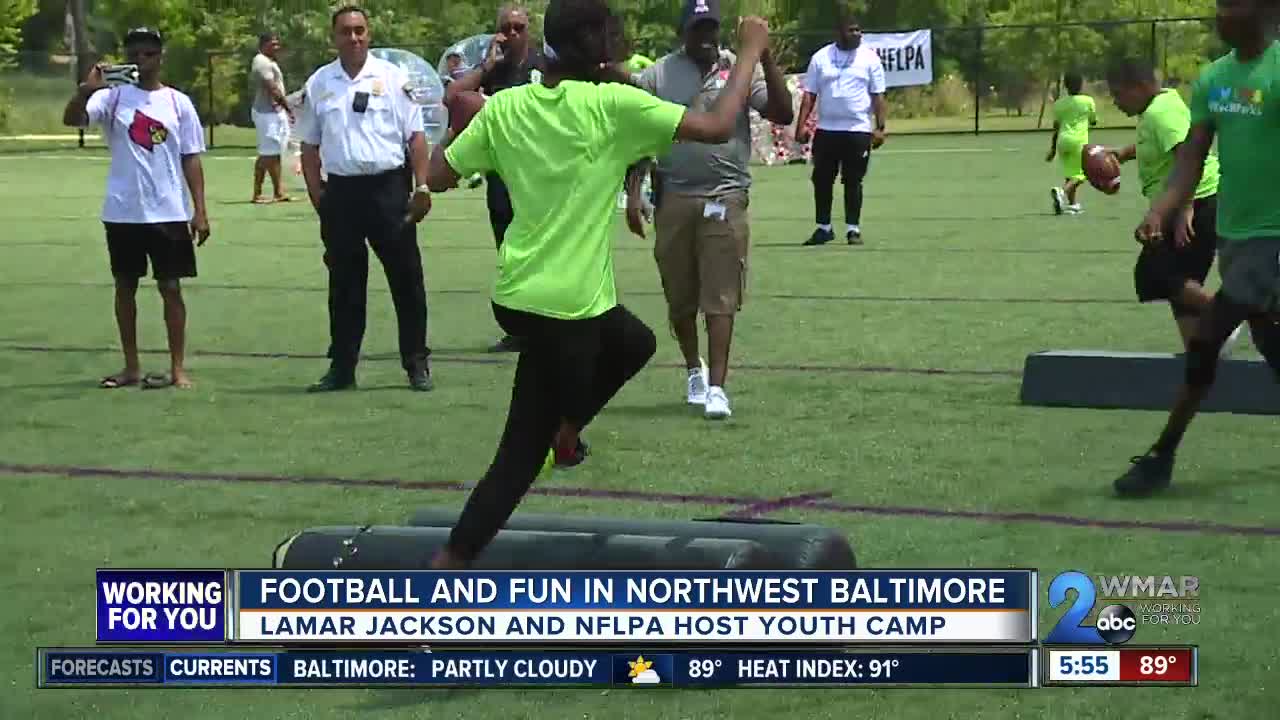 It’s not every day you see your starting NFL quarterback running around inside a bubble suit. 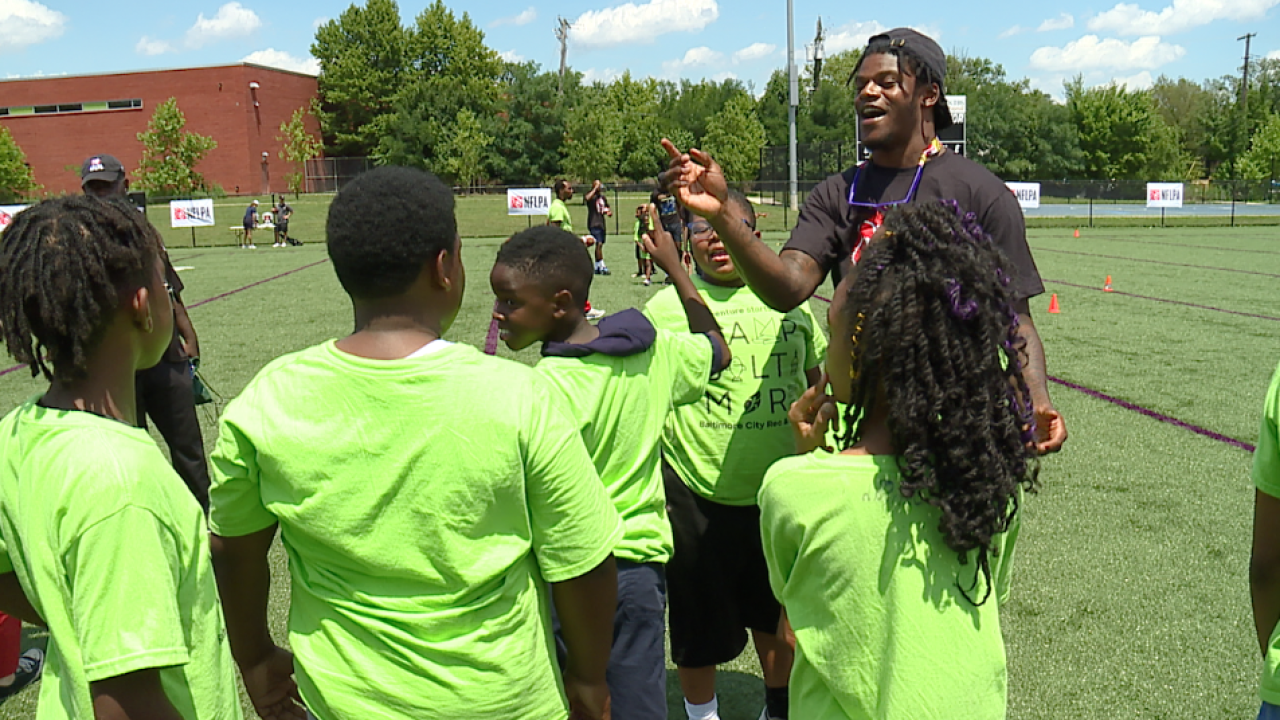 BALTIMORE — It’s not every day you see your starting NFL quarterback running around inside a bubble suit.

Not every starting NFL quarterback is named Lamar Jackson.

“It's basically like bumper cars but we're just using a bubble,” said the Ravens QB.

It’s not all about football for Lamar Jackson at this @NFLPA youth camp in West Baltimore. Great stuff. Not sure how Harbaugh would feel about this drill... #Ravens @Lj_era8 @WMAR2News pic.twitter.com/ga947x9ODE

Jackson teamed up with the NFL Players Association and Baltimore Recreation and Parks to host a youth camp at CC Jackson Community Center on Friday afternoon.

What is he trying to get across to these young kids?

“Just have fun while you can. You're a kid. Meet new people. Greet new people. Have fun as you're growing up. Stay a kid as long as you can,” he said.

About 80 kids ages 5 to 13 took that advice from Jackson, even if they're not really football fans.

“I really don't watch NFL but it's kind of cool,” said 11-year-old Yaniah.

“He was telling me to keep up the good work and I could go to the NFL,” said 13-year-old Kamar.

“Try to get across that they can do whatever they want,” said Stanley. “Don't be limited to your environment, to your surroundings. Look out into the world and have big dreams and follow those dreams.”

This isn't the first time Jackson has been tossing footballs this week. A few days ago he met up with fellow Ravens Chris Moore, Willie Snead and Robert Griffin III in the Baltimore area to work on things like:

“You know, just my drop backs, play-action, stuff like that,” he said. “Throwing the ball. Just throwing routes. Stuff like that.”

It hasn’t been all football this offseason for Jackson. This Sunday he’ll be part of the NFLPA team on Celebrity Family Feud.

“It went pretty good. I had fun. Steve (Harvey) was a hilarious guy,” he said. “Guys just tune in and watch.”

Granny has the whole wardrobe and grandpa wants in! Don't miss @Lj_era8 and the @NFLPA Teams play on #CelebrityFamilyFeud, Sunday at 8|7c on @ABCNetwork. pic.twitter.com/mrgitdBmbz

Jackson and the Ravens report for training camp in Owings Mills on Wednesday July 24.