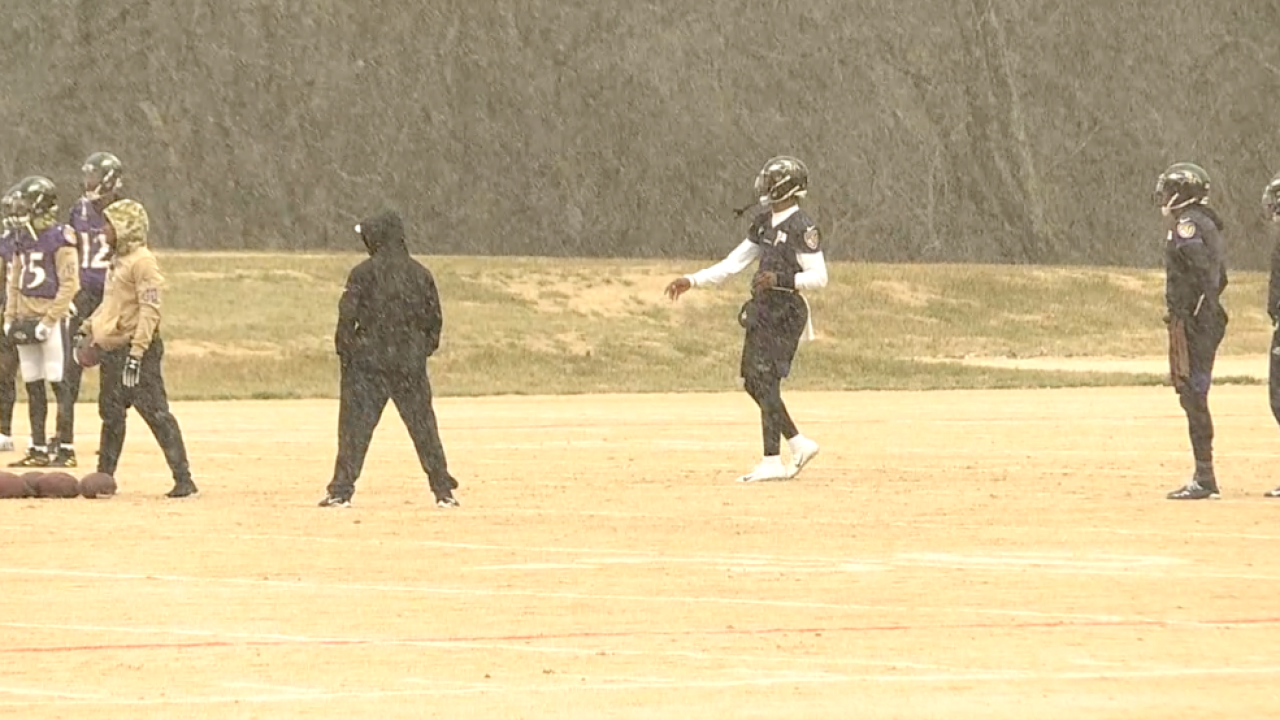 OWINGS MILLS, Md. — No parties are in store for the birthday boy.

“I don’t really celebrate. I’d rather just chill and hang out with my family and stuff like that,” said Lamar Jackson.

The Ravens quarterback turned 23 years old on Tuesday. He spent the day like so many others during his record-setting regular season - at practice - this time preparing for Saturday’s divisional playoff match-up with Tennessee.

“Every playoff game is the Super Bowl because it’s do or die,” he said. “You win or go home.”

For Lamar, Saturday will be his first game in three weeks. That seems like a lifetime ago.

“It feels like it’s been forever. It feels like this is a whole new season already. So, just get ready for the 2020 season,” he said.

So what about any potential rust from the layoff? That's not a concern for Jackson.

Lamar actually did some extra throwing with Willie Snead a couple days ago.

“Just to stay sharp,” said the Ravens wide receiver. “He was off for like a week-and-a-half and he wanted to get together and throw. So that’s what we did.”

Saturday will be Jackson’s second career playoff game. A year ago the Ravens dropped their wild card contest to the Chargers. He said this year Baltimore has to come out swinging from the opening kick.

“Can’t start too late. You got to attack fast. It don’t really matter what quarter it is, first or second, you got to attack. You got to just finish the game strong. You can’t just go in the game playing half, half-ass, or you’ll have the same results.”

As for Tuesday’s snowy practice, running back Mark Ingram was one of four players not on the field. He’s on the way back from a calf injury. Head Coach John Harbaugh would not comment about his status. The other players who missed practice were offensive lineman Parker Ehinger (shoulder), cornerback Jimmy Smith (rest) and safety Earl Thomas (rest). Tight end Mark Andrews (ankle) was limited.

Saturday's game against the Titans kicks off at 8:15 p.m. inside M&T Bank Stadium.