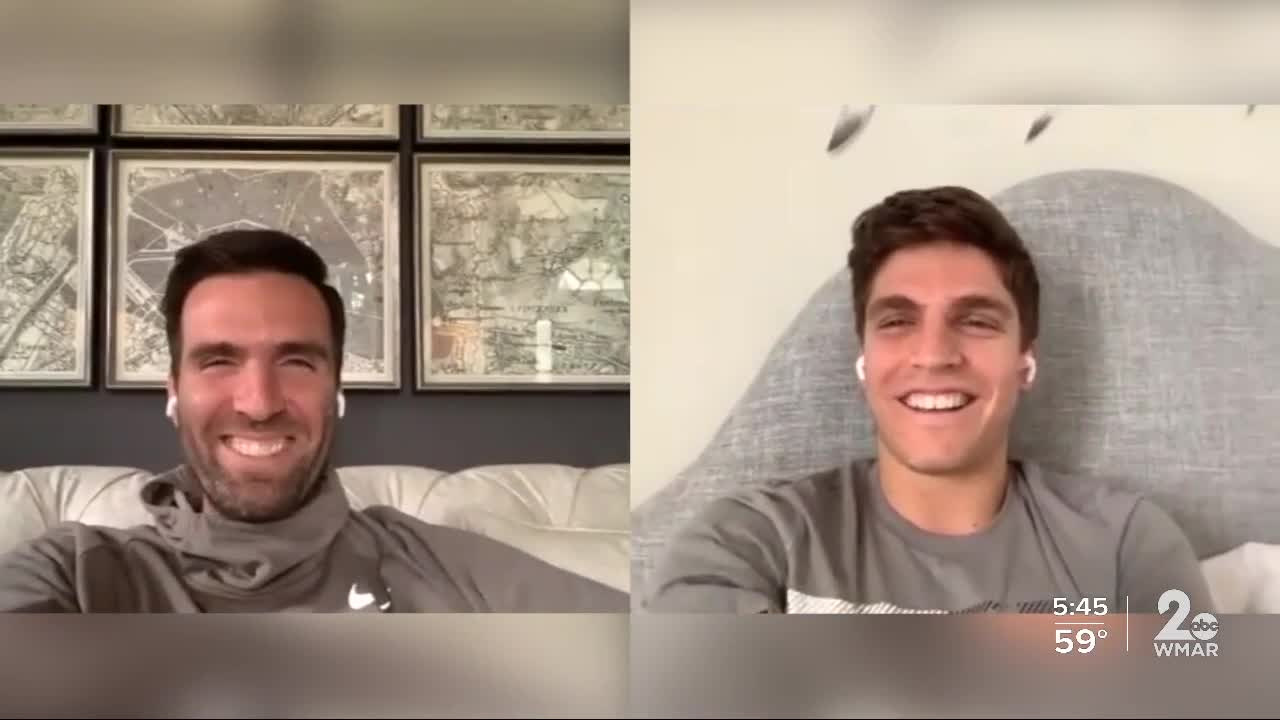 There have been eleven sets of brothers to play quarterback in the National Football League. The Flaccos are looking to become the 12th.

BALTIMORE, Md. — There have been eleven sets of brothers to play quarterback in the National Football League. The Flaccos are looking to become the 12th.

We all know former Ravens quarterback Joe Flacco. Now his younger brother Tom is ready to realize the same dream of playing in the NFL.

"I’m just hoping for an opportunity and I hope that a team takes that chance and drafts me," said Tom. "But if not, I hope that I can be signed and get that opportunity that way."

Tom Flacco, the former Towson University quarterback, is on the verge of following in his older brother's footsteps. 12 years after Joe was drafted by the Ravens, it’s Tom’s turn. The Flaccos spoke with our ABC affiliate in Philadelphia.

"When those couple days [of the NFL draft] come I’ll have a lot of anxiousness and be excited for him at the same time," said Joe.

Tom, 25, is ten years younger than Joe. At 6-foot-1, he is five inches shorter than his big brother. He’s coming off two all-conference years at Towson.

So, who’s the better quarterback?

"I hope he says him but I’m obviously the better quarterback," said Joe with a smile.

"He definitely has more credentials but, I mean, I’m younger. I definitely more athletic, come on," laughed Tom in response.

What kind of quarterback is Tom?

"He’s got a real pocket presence about him. He’s able to stand in there and throw the ball accurately with people in his face," said Joe.

Joe is currently a free agent. The possibility exists they end up on the same team.

"It would be cool," said Tom. "At the same time I think it would kind of be weird. We’re competing for the same job."

"It would be one of the coolest things in the world to be looking over at the sideline at him one day," said Joe.

Ravens General Manager Eric DeCosta said he admires Tom's grit, he’s a little bit undersized but has a really good arm and wouldn’t be surprised if he is drafted in the later rounds.