Jimmy Smith, Ravens return to practice in middle of 3 games in 11 days 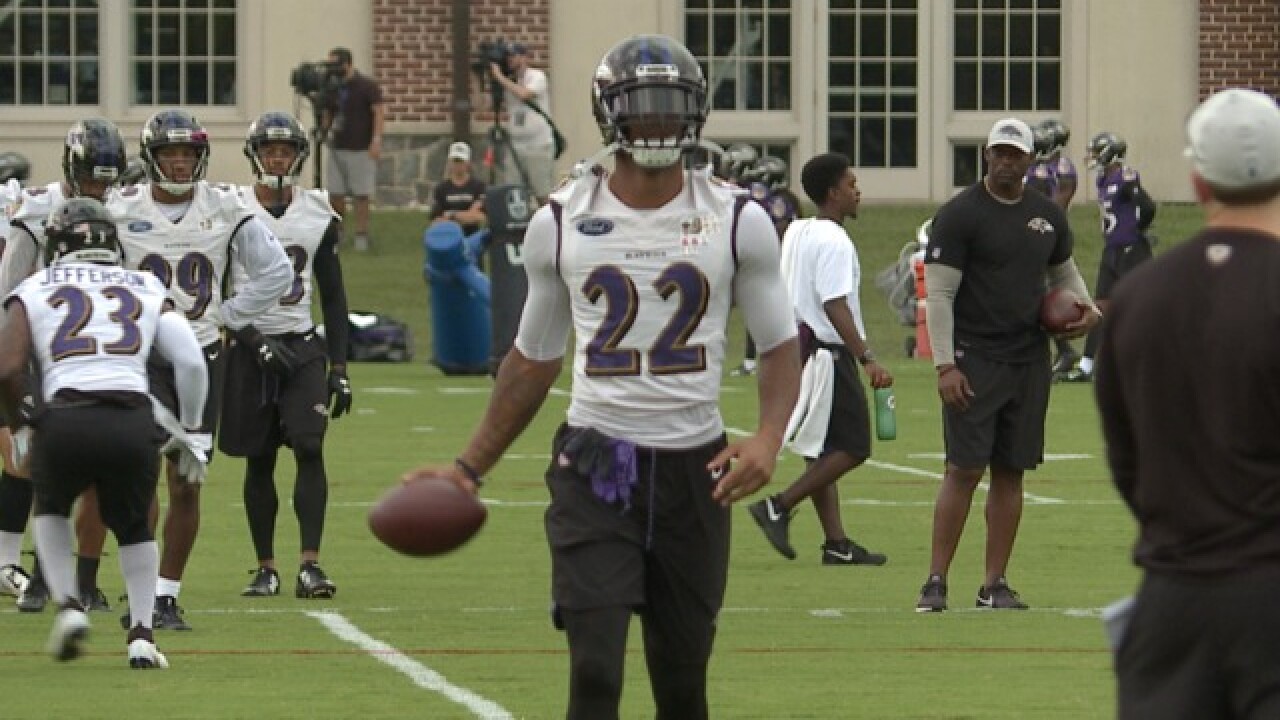 Copyright 2018 Scripps Media, Inc. All rights reserved. This material may not be published, broadcast, rewritten, or redistributed.
<p>Ravens cornerback Jimmy Smith at practice</p>

Jimmy Smith was on the field at Ravens practice on Wednesday after the veteran cornerback was slapped with a four-game suspension by the National Football League for violating the NFL’s personal conduct policy.  The league says it found evidence of threatening and emotionally abusive behaviors by Smith toward his former girlfriend.

“From the father/coach in me, I know there are mistakes that are made in life,” said Martindale. “He’s going to have to deal with them. It’s a very serious matter though.”

Smith is allowed to practice and play during the preseason. His suspension begins September 1.

The Ravens are in the middle of a brutal August stretch. They play three games in 11 days to end the preseason. They visit Miami on Saturday.

We can expect to see a lot of Lamar Jackson in the next few games. The rookie quarterback has plenty to work on after a so-so performance against Indianapolis on Monday. It was a game that saw him take a couple big hits.

“Yeah, that’s not good, you see what I’m saying? It’s just that simple,” said Ravens offensive coordinator Marty Mornhinweg. “Between the numbers we want to get down underneath the hits unless you think you can score and typically you’re one-on-one.”

One player who continued to shine in Indy was John Brown. He hauled in his first touchdown as a Raven.

“Even though it’s preseason it just felt good,” said the receiver who was signed in the offseason as a free agent. “As soon as I turned my head I had a feeling the ball was coming to me. Joe (Flacco) made a great throw and he trusted me.”