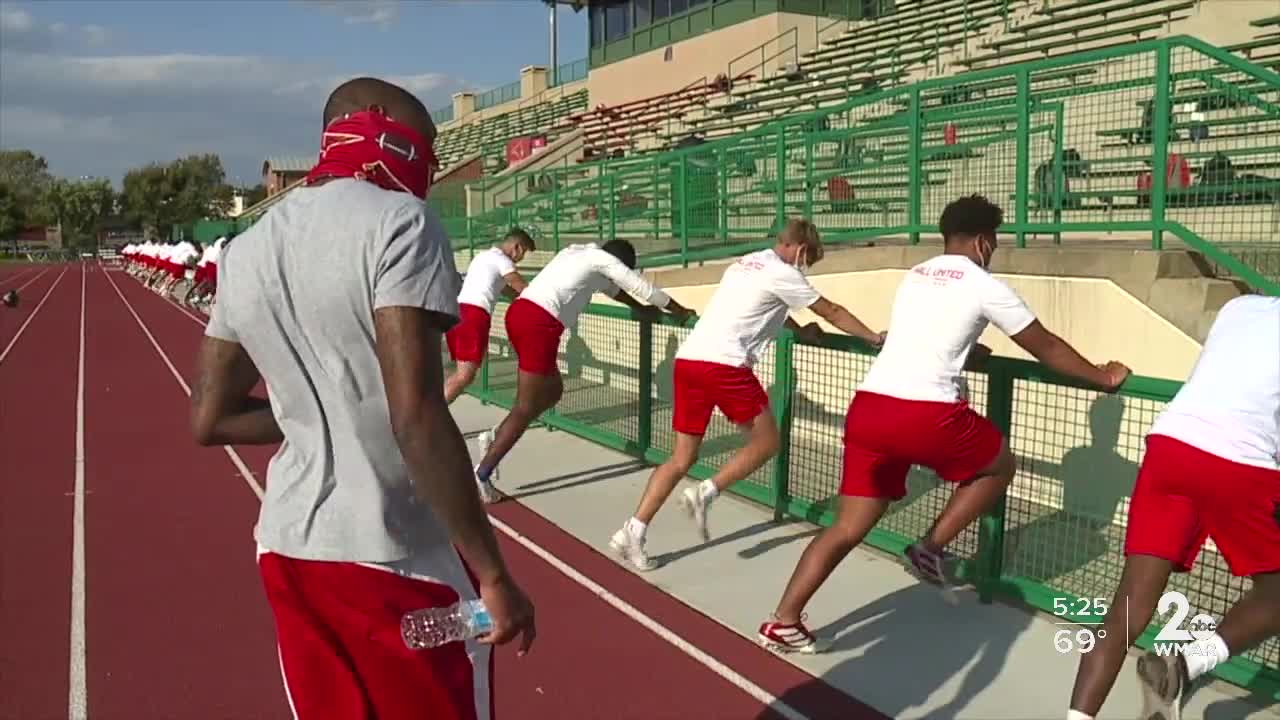 TOWSON, Md. — He’s a Super Bowl champion and part of one of the biggest plays in Ravens franchise history - the Mile High Miracle. Now former Ravens wide receiver Jacoby Jones is back for his second Baltimore football act. He has joined Calvert Hall College High School as its wide receivers coach.

Jones was hired this week by new Cardinals Head Coach Josh Ward. They were put in touch by a Calvert Hall alum.

"I was at home and my mom was like, ‘You need to go back to Baltimore so you can smile’. And the crazy thing happened. I got down here for a week and I wind up running into coach and we connected and I’m here," said Jones.

The 36-year-old was previously living in his hometown of New Orleans.

"I see some greatness. These kids can go," he said about his new team.

With games put on hold because of the pandemic, all the Cardinals are doing now is conditioning.

Jones is already making his mark.

"I’m really excited to get the knowledge from him and I know he was a great wide receiver when he was in the NFL," said Calvert Hall junior wide receiver and defensive back Timothy Downs. "I know he has a lot of knowledge that he can give to us."

He has been involved in plenty of big games over the years, at all levels of football. Upon taking the job with the Cardinals there was another he was informed of on the spot. One with 100 years of history - Calvert Hall against Loyola in the annual Turkey Bowl.

Here’s hoping Jones can experience it for the first time this Thanksgiving.