Jackson touchdown 'will be watched for many years to come' 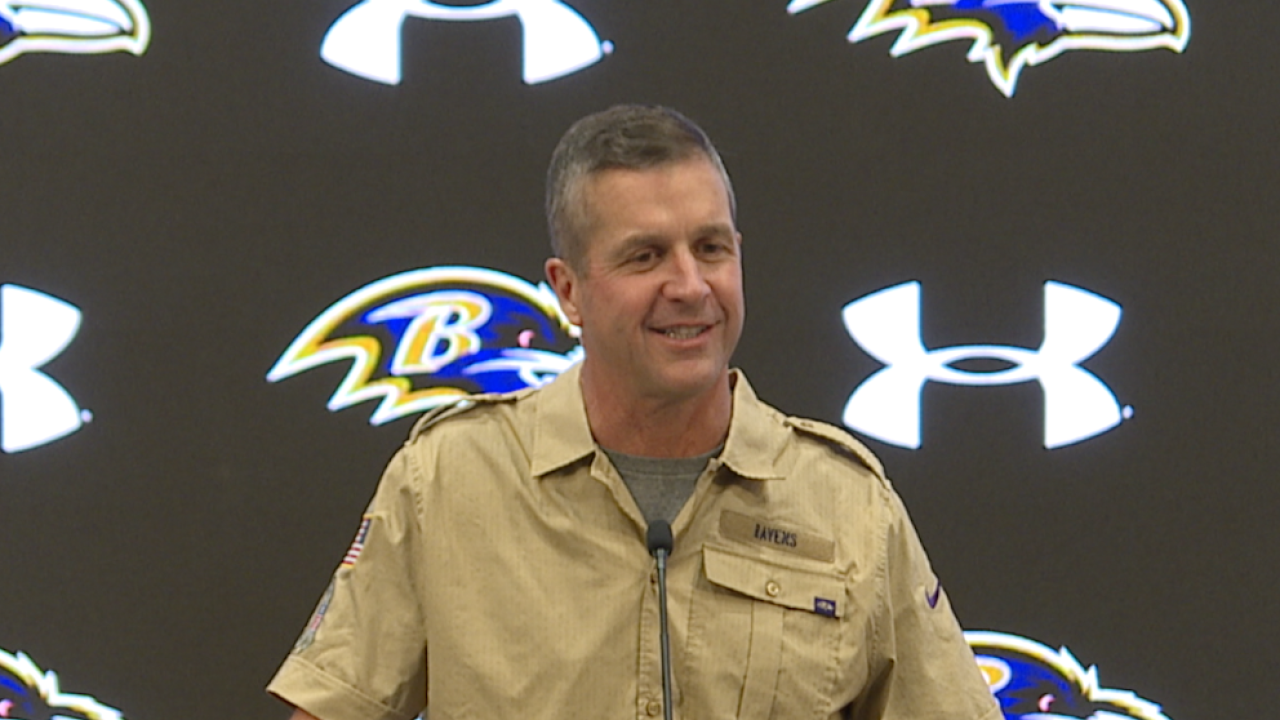 OWINGS MILLS, Md. — It’s the play Ravens fans, along with the entire football world, have been watching on repeat: Lamar Jackson’s sensational 47 yard touchdown run in Sunday’s 49-13 blowout of the Bengals.

24 hours later Ravens Head Coach John Harbaugh is still wow’d by it all.

“It was just a heck of a run,” he said. “It’s the National Football League and he made a great play. In all honesty, it’s something that will be watched for many years to come, which is neat and you feel really privileged to be a part of something like that."

Jackson was brilliant yet again on the ground and through the air. He posted a hat trick of passing touchdowns to go with his rushing TD. He also notched a perfect passer rating. He’s the second player in NFL history to do that twice in a single season.

“He’s playing really great. Not to say that he can’t play better,” said Harbaugh. “I think that he is all in for getting better and that’s all he thinks about.

“That’s it really. You see him go out there and you see it pay off, as a coach, yeah you’re fired up about that. You’re excited about it and sometimes you’re amazed by it.”

And you’re amazed at all the fun he’s having while winning. Lamar is letting it show on the field and on the sideline. He was wearing sunglasses while sitting on the bench in the fourth quarter.

“They appreciate a free pair of sunglasses just like the next guy,” said the Head Coach. “I don’t even know where those came from. Who had the sunglasses on the sideline?”

As for the Ravens injury situation, things are looking positive for Michael Pierce. The defensive tackle hurt his ankle in the first quarter of Sunday’s game. Harbaugh said Pierce is day-to-day with a critical home game against 6-3 Houston looming on Sunday.

“Nothing serious. It won’t be a long-term injury, which is good news based on the MRI today. There’s a chance he’ll play on Sunday and we’ll just have to see how he does.”

In other injury news Harbaugh said the Ravens plan on bringing Iman Marshall off injured reserve this week. The rookie cornerback has been on I.R. all season with a toe injury.