Jackson feels he got better as Ravens conclude minicamp 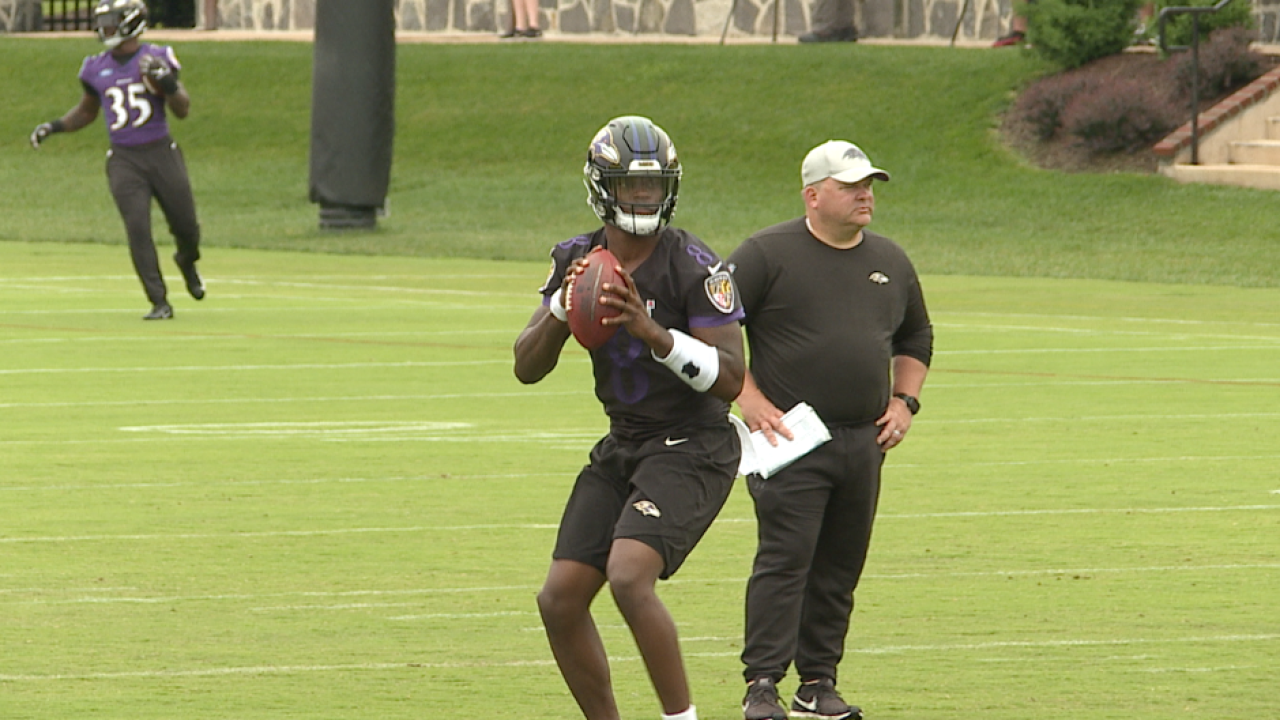 Ravens quarterback Lamar Jackson drops back to pass during minicamp

OWINGS MILLS, Md. — That’s a wrap on on Ravens minicamp.

That includes at quarterback with Lamar Jackson.

“I got better with my fundamentals but I’m not perfect. So, I’m going to keep working on it,” said Jackson.

Two areas where Jackson needs to improve from his rookie season to his second year are passing the ball:

“I feel I did pretty good,” said Jackson. “Just been working hard trying to perfect my craft.”

“Keeping the ball in our hands, that was the biggest thing for me going into this year,” he added.

What do his teammates see from him as they put a bow on offseason work?

“Lamar’s a winner. I think he’s improved well,” said linebacker Matthew Judon. “I’m glad he’s ours, and the stuff he is doing is going to be hard to defend.”

“He’s definitely commanding the huddle with more confidence,” said guard Marshal Yanda. “Just calling the plays and you can see he’s settling in a little bit.”

Jackson agrees. He has come a long way from where he was 12 months ago.

“Last year I say I was kind of startled just being in the league and right now it’s pretty calm to me,” said Jackson.

Thursday may have been the last time the Ravens practice as a team before training camp, but it’s not the last time Jackson will meet up with his receivers and running backs.

“Going to get together here or in Florida,” he said. “We’re just going to try to get better. Keep it going.”

How is he going to get everyone together?

“Group text,” he said with a laugh.

The Ravens now get the next few weeks off. They’ll reconvene at the Under Armour Performance Center for training camp in late July.