Intensity increases as Ravens practice with Jaguars at training camp 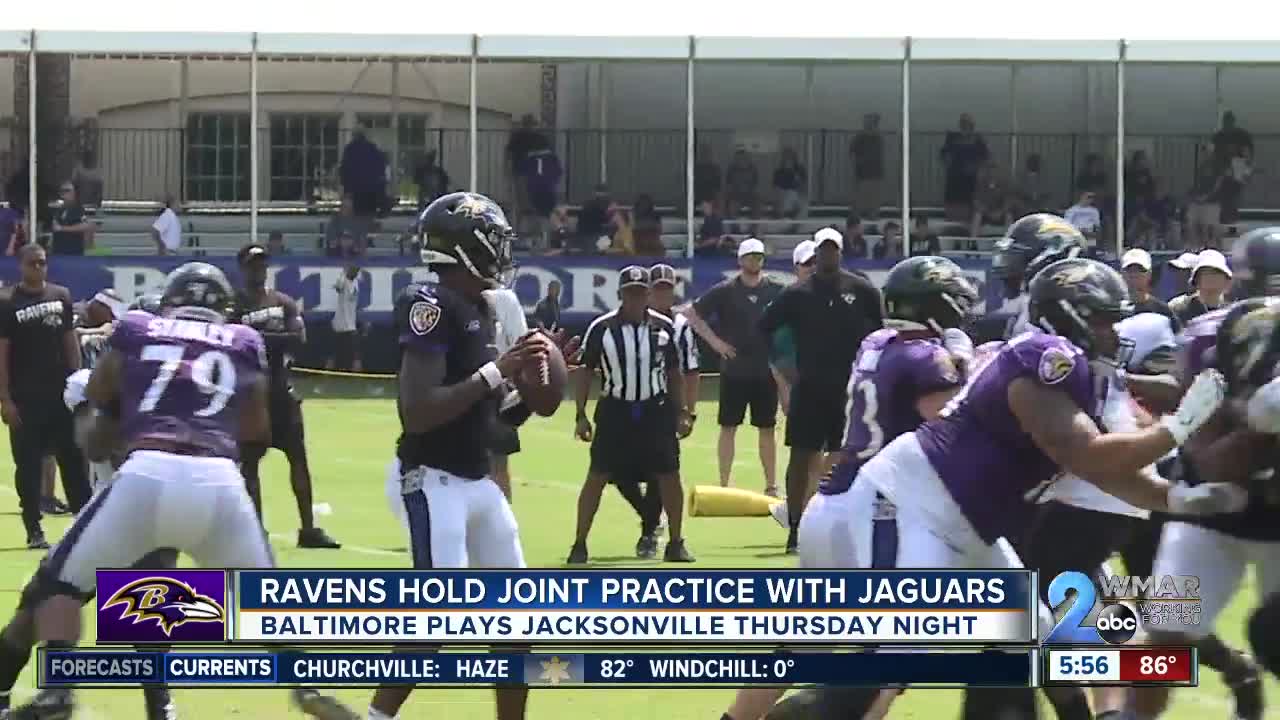 There was a little more juice at Ravens practice on Monday. That’s what happens when you bring another NFL team to town.

OWINGS MILLS, Md. — There was a little more juice at Ravens practice on Monday. That’s what happens when you bring another NFL team to town.

The Jaguars practiced with the Ravens on Monday. They will again on Tuesday before they kick-off against each other in Thursday’s preseason opener at M&T Bank Stadium.

“I thought they competed well. It wasn’t a physical practice. It was tag off. It was a good, fast practice,” said Ravens Head Coach John Harbaugh.

“It’s always nice changing it up, seeing a different opponent besides your own guys,” added Ravens tight end Hayden Hurst. “There’s some things we need to get in there and look at on film.”

How did quarterback Lamar Jackson look against the Jags’ defense on Monday?

The Ravens suffered a little bit of a scare. Rookie receiver Miles Boykin got banged up. He’d miss some time but came back to practice.

A familiar face was also back in Maryland and back as a Jacksonville Jaguar.

The offensive lineman was traded to the New York Jets in exchange for a reported conditional seventh-round draft pick in 2020.

There was a somber moment before practice on Monday. The Ravens and Jaguars held a moment of silence and prayer for the victims of the recent mass shootings.