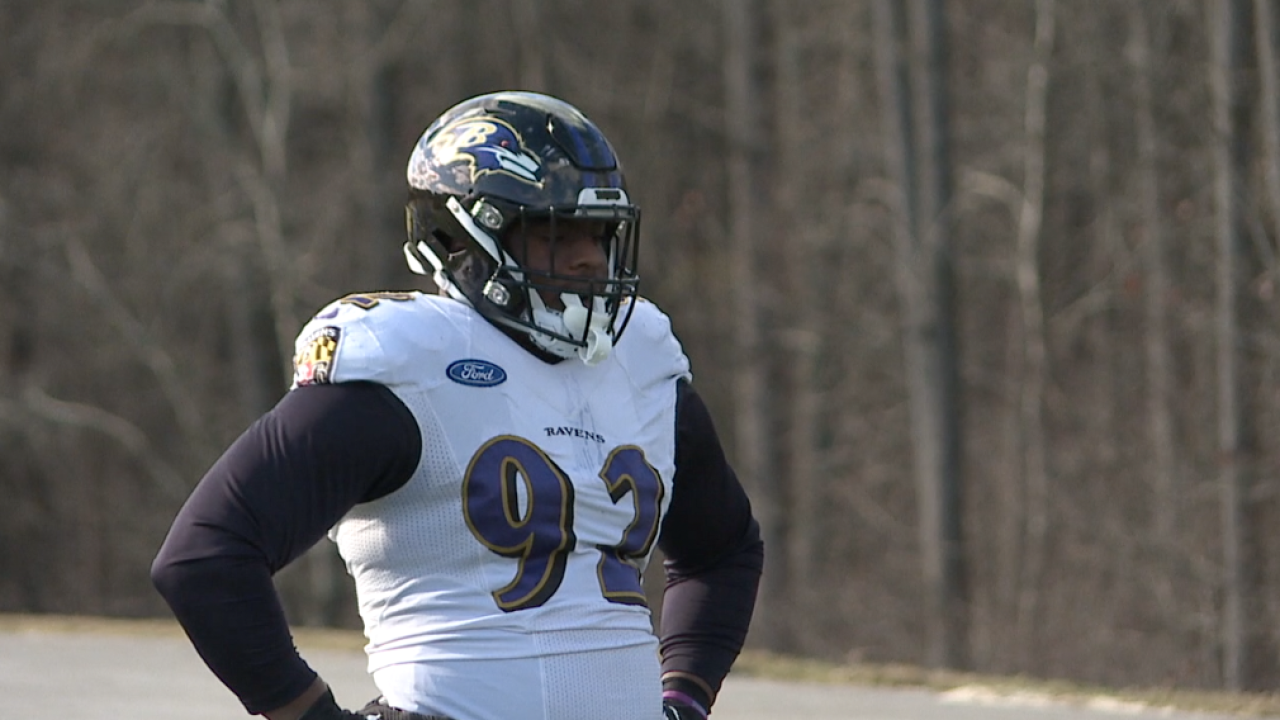 OWINGS MILLS, Md. — It’s another massive game for the Ravens in the AFC playoff picture. The Titans roll into town for the first time since running over the Ravens in last year’s divisional playoff game. Players say they’re not looking for any revenge.

That’s hand the ball off to star rusher Derrick Henry. He ranks second in the league with 946 yards on the ground.

"He’s the best running back in the NFL," said Elliott. "They are going to give it to him 30-40 times a game. He’s going to run it down your throat whether you like it or not. We just got to figure out a way to slow him down."

Facing Henry will be a banged up Baltimore defensive line. Brandon Williams (ankle) and Calais Campbell (calf) were among those who missed Wednesday’s practice. Rookie Justin Madubuike should see increased snaps on Sunday.

"We’re all equipped to handle any situation on defense when a guy goes down," he said.

Cornerback Jimmy Smith (ankle) also did not practice on Wednesday.

On offense the season-ending knee injury to tight end Nick Boyle led to the signing of veteran tight end Luke Willson to the practice squad. Harbaugh said there is a chance Willson is activated against Tennessee.

And what about the constantly shifting offensive line? Center Matt Skura has had his troubled snaps. There were plenty of moving parts in last Sunday's loss to New England and there could be more this Sunday.

Whatever the combination, quarterback Lamar Jackson says it's all good.

"Our guys have been playing pretty good. I’m confident in our line. 100 percent confident. We’ve got those NFL linemen for a reason. Those guys want to block their tail off."

This could be a week for Lamar and his 31st ranked pass attack to get right. Tennessee is ranked 28th in passing defense.