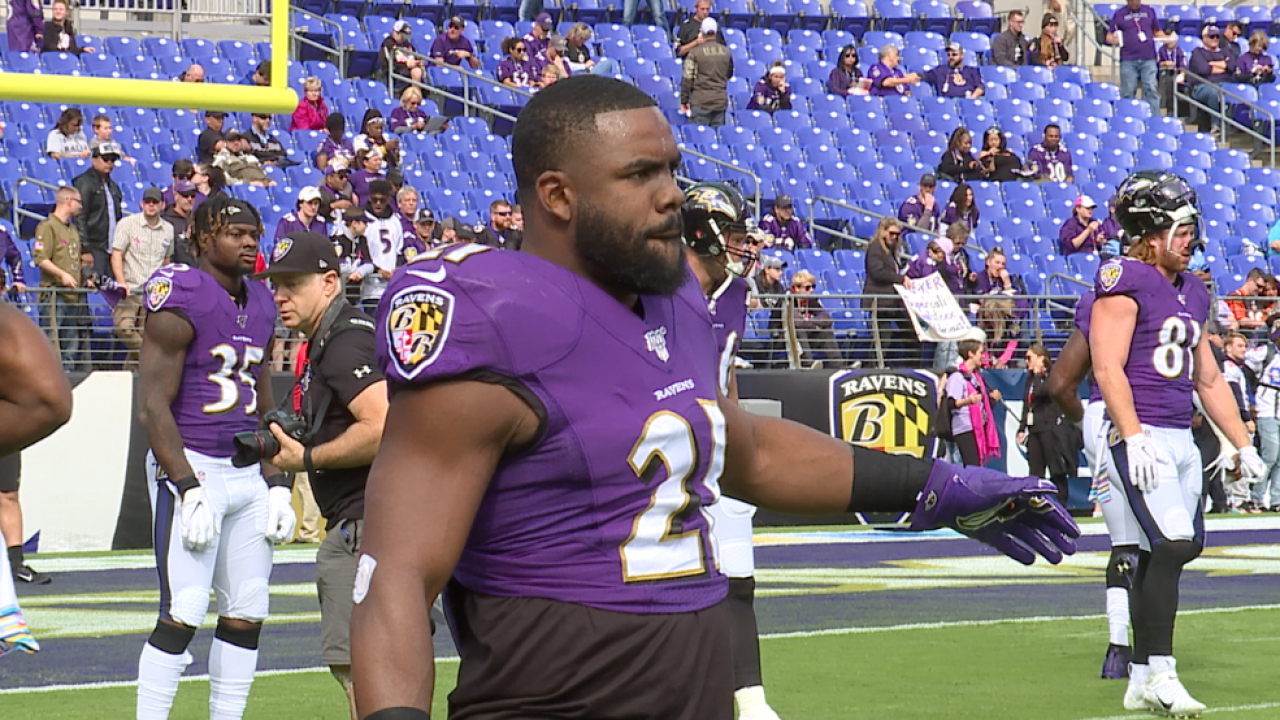 OWINGS MILLS, Md. — The No. 1 running back was back… at least for Thursday… at least in some capacity.

“He was limited in participation. That’s the definition of it. So, we’ll see how it goes,” said Head Coach John Harbaugh.

Mark Ingram practiced for the first time since he injured his calf against Cleveland on December 22. The Pro-Bowler is officially listed as questionable for Saturday’s divisional playoff game against Tennessee.

If he can’t go, running back Gus Edwards will get the bulk of the carries.

“It’s unfortunate what Mark is going through right now. But, I got to step up. That’s why I’m here,” said Edwards. “I’m here to make plays and I’m here to run the ball and help my team win games.”

He’s coming off a career high 130 rushing yards in the season finale against Pittsburgh.

“I think I did pretty good but there’s definitely room for improvement. I’d like to build off of it,” he said.

His coaches have all the confidence in the world in the third-year pro.

“We love our backs and Gus is obviously a very important part of that group,” said offensive coordinator Greg Roman. “He would love lots of action like you want him to. So, he’ll be ready. We really don’t have to skip a beat.”

When observing practice just a couple days away from the playoff opener, you’d think it was the middle of the regular season. Lamar Jackson and his teammates were very loose and didn't appear to have any extra nerves.

Ravens practice has been a place where the team hones its skills but also has fun. It's been that way since September.

“When I was in college people tell me the locker room is not as close as it is in college but that’s not the case here,” said rookie wide receiver Marquise Brown. “All these guys, we’re like brothers. I can’t wait to take the field with them.”