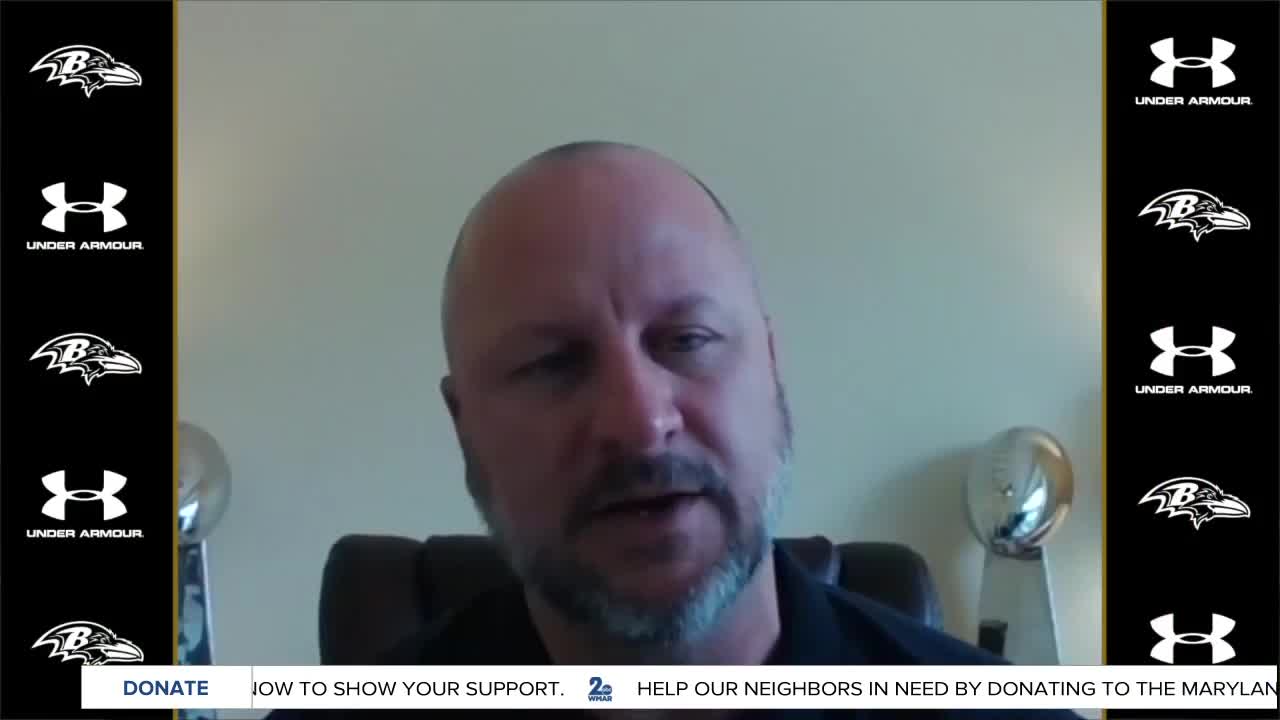 It is clear how much Joe Hortiz loves the Ravens' 2020 draft class. The Ravens' director of player personnel held a virtual film session on Tuesday with the local Baltimore media.

OWINGS MILLS, Md. — It is clear how much Joe Hortiz loves the Ravens' 2020 draft class. The Ravens' director of player personnel held a virtual film session on Tuesday with the local Baltimore media. He went over each of the team's draft picks, starting with first-round selection, linebacker Patrick Queen. He said the 28th overall pick out of LSU has a high ceiling and high floor.

"With a guy like Patrick, there’s not a rawness to his game. You’re just projecting that he’s going to be even better," said Hortiz. "Like next year he’d be a top-ten pick or top-15 pick versus a top-28 pick."

Hortiz added that Queen’s 2019 game against Alabama was when he really started to stand out. He had 7 tackles, a half sack and an interception.

"I’m like, ‘Wow that’s a heck of a play’. Kind of like, ‘Wow. This kid’s got some really good instincts and he looked athletic doing it'," said Hortiz.

What about second-round pick J.K. Dobbins? Hortiz didn’t anticipate the Ohio State running back would be available when the Ravens picked him at No. 55 overall.

"Never really felt like he would fall to us until 54 got turned in. I just never expected him to be there."

Another player Hortiz is high on is third-round pick Justin Madubuike, defensive tackle out of Texas A&M. Hortiz loves his knee bend and power. Then there is Texas slot receiver Devin Duvernay, taken later in the third round.

"Really loved his aggressive style with the ball in his hands," said Hortiz. "We love it. We love the mentality."

All in all, Hortiz and his scouting staff is confident in the ten players they selected to join the Ravens. But there are never any guarantees.

"There’s a risk with every player, first round all the way down to the seventh," he said. "What you really try to grab hold of is how is the guy as a kid, first and foremost. How is he as a talent, which is what we’re evaluating on film, that’s the easy part. Then the character, the makeup, the work ethic, the intelligence."

The Ravens on Tuesday also re-signed veteran outside linebacker Pernell McPhee to a one-year deal.