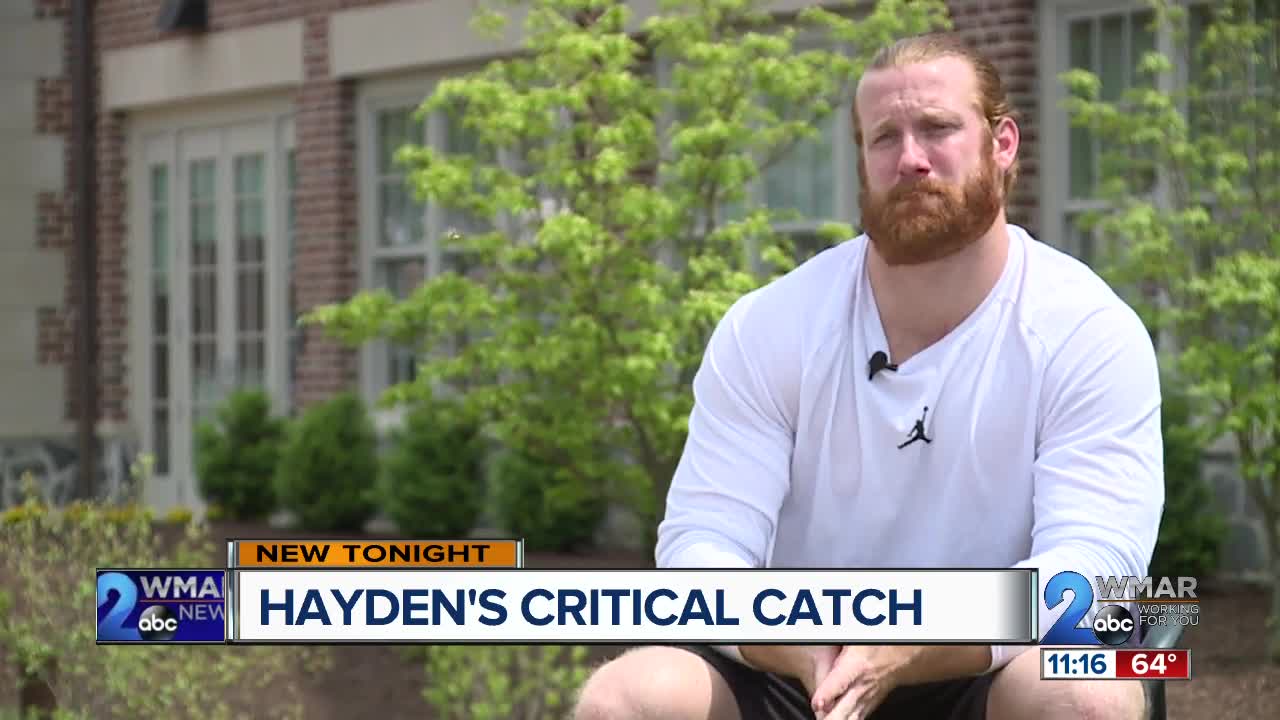 The Ravens tight end had everything coming out of high school... until he didn't. Now he's giving back to his new home. 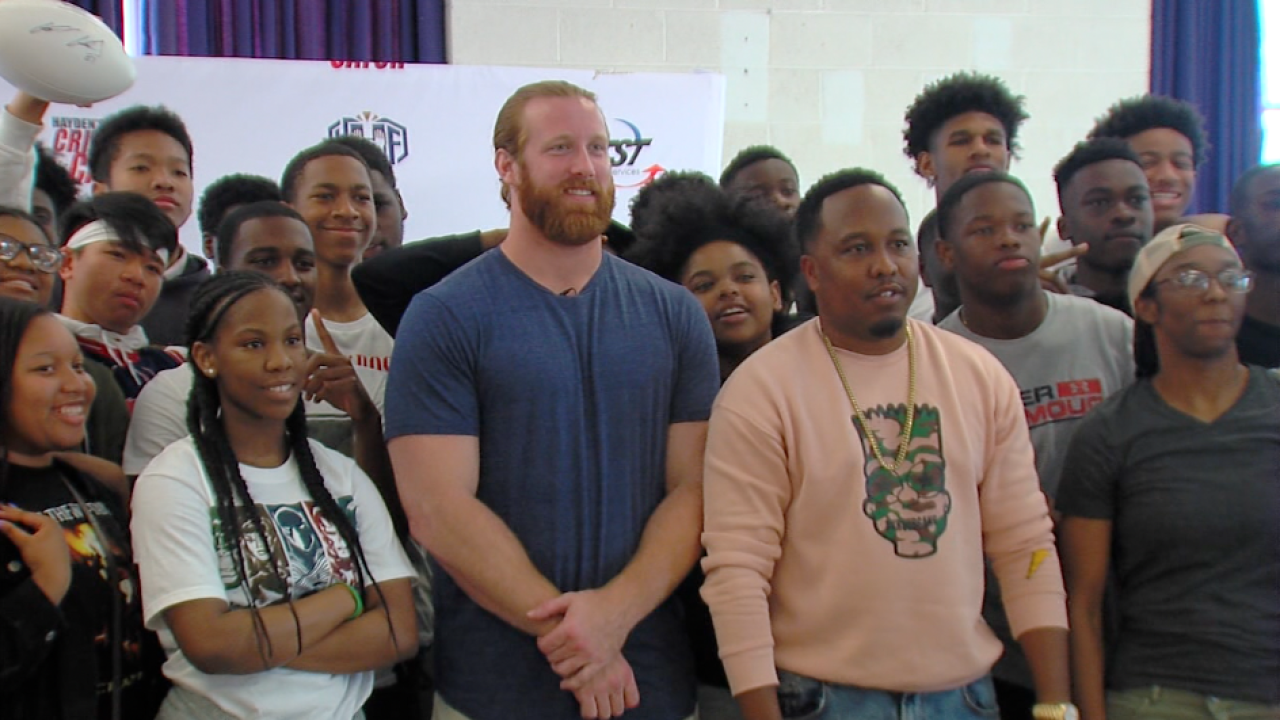 BALTIMORE — Hayden Hurst had everything.

He was a star high school pitcher in Jacksonville, Fla. and drafted by the Pittsburgh Pirates in the 2012 Major League Baseball Draft. But soon after he arrived in the minor leagues things quickly fell apart.

“(I) never really found success with them," Hurst said of his time in the Pirates' system. "I struggled, kind of from day one when I got there, developed the yips.”

The yips are when you suddenly lose the ability to throw the ball accurately. For a pitcher, that's it.

“I couldn't even hold a baseball without my hand shaking,” he said. “My hand would sweat.”

Mentally it was devastating.

“To put it pretty bluntly - I went through, pretty much, hell for three years. Just a lot of anxiety I went through. I couldn't really perform on the field because of it. I couldn't even throw on a foul line like kids do.”

He fell into a deep depression.

“It affected me off the field just as bad as it did on the field," Hurst said. "I didn't really want to associated myself with anybody. I felt embarrassed, sat in my room, my dark room, watched TV and just didn't want to be around people.”

“I've been there, in those moments where that seems like that's the only way out. That's the answer in the moment.”

Suicide runs in Hayden's family. His uncle and cousin both took their own lives when Hayden was in his early teens. He wasn't about to do the same.

Hayden decided to finally quit baseball after a bullpen session brought him to his limit.

“I was throwing pitches all over the place,” he said. “I just dropped my glove down, broke down in tears and said 'I'm done.'”

He walked away from his problems and the potential life-changing money. He then chased another dream – football.

He walked onto the team at the University of South Carolina as a tight end. Three years later he was the Ravens top draft pick, selected in the first round of the 2018 NFL Draft.

Hayden has made Baltimore his home. He recently purchased a house.

Student-athletes like those at Baltimore Polytechnic Institute (Poly High School) in Baltimore City.

“Kids today are struggling with so much. There is hope and tomorrow can be a better day,” said Cathy Hurst. “We're just trying to teach them ways to be able to reach out to somebody - if it's a pitching coach, if it's their athletic director - I don't care who it is. As long as they say 'You know what, I really don't understand what I'm feeling and wanting to find some help.'”

Hayden confided in his pitching coach while with the Pirates.

“Mental health is such a hard topic these days,” said Hayden. “People don't like to talk about it. They don't like to admit they have a problem. They think it's a weakness. I'm in the NFL, and I still struggle with things, and I can admit that I have an issue and ask for help. Why can't the next kid do it?”

The kids at Poly are all in.

Sophomore Kamani Larmouth plans on setting up a therapy session.

“Us kids grow up around drugs, guns. Him having mental issues, kids suffer from depression, anxiety, there's a lot of suicide. I think it's inspirational to share his information,” said the Poly sophomore football player.

“Absolutely they are going to take advantage,” said Poly basketball coach Sam Brand. “The coolest people in the world can use someone to talk to about their mental state. No choice but to make a positive impact.”

That's why Hayden does it.

“I struggled with it and I know how hard it can be,” added Hayden. “Maybe if I had these resources in front of me things could have been different. I just hope my story helps.”

It's a story of having and losing everything, then getting and giving it back.