Harbaugh: "The reports of our demise were greatly exaggerated", Ravens sitting pretty in playoff mix 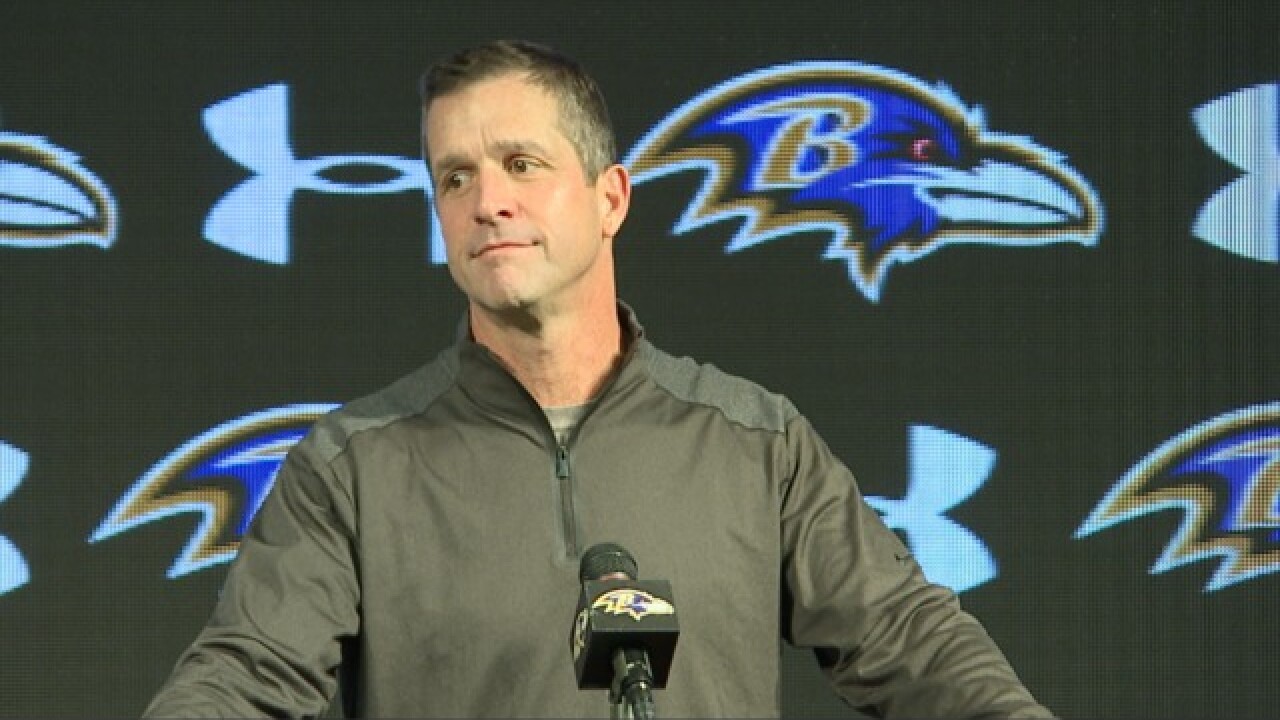 With so much on the line for the Ravens it’s hard not to think about the big playoff picture, the postseason puzzle, the scenarios that get Baltimore into January. But if your mind drifts too far into playoff mode you won’t get there.

“We have to win the next game,” said Ravens Head Coach John Harbaugh. “That’s how we look at it. It doesn’t matter if it’s easier or harder or what would be better or what if this happens. That’s just a distraction for us. All the other stuff, it doesn’t matter.”

The Ravens end their regular season with three games they are very much expected to win.  The first check mark came Sunday with the 27-10 victory over the still winless Browns. That came seven days after a gut-wrenching loss in Pittsburgh.

“It was a little bit of a quick turnaround emotionally for us. They got focused on the game, on the task at hand, kept it about that,” said Harbaugh.

The final two games come at home: Saturday against Indianapolis and New Year’s Eve afternoon against Cincinnati. Wins against both clinches a wild card postseason berth for Baltimore. With such high stakes home field advantage could prove to be the difference maker.

Harbaugh said injured receiver Jeremy Maclin (knee) and defensive tackle Carl Davis (leg) aren’t lost for the season and could play as early as this week against the Colts. As for his team still being in the playoff mix after dealing with so many injuries in 2017:

“The reports of our demise were greatly exaggerated,” he said.

With the Ravens penultimate game of the regular season kicking off on a Saturday the team has altered their practice schedule.  They’ll get right back on the field on Tuesday.