Harbaugh not happy about flexed finale 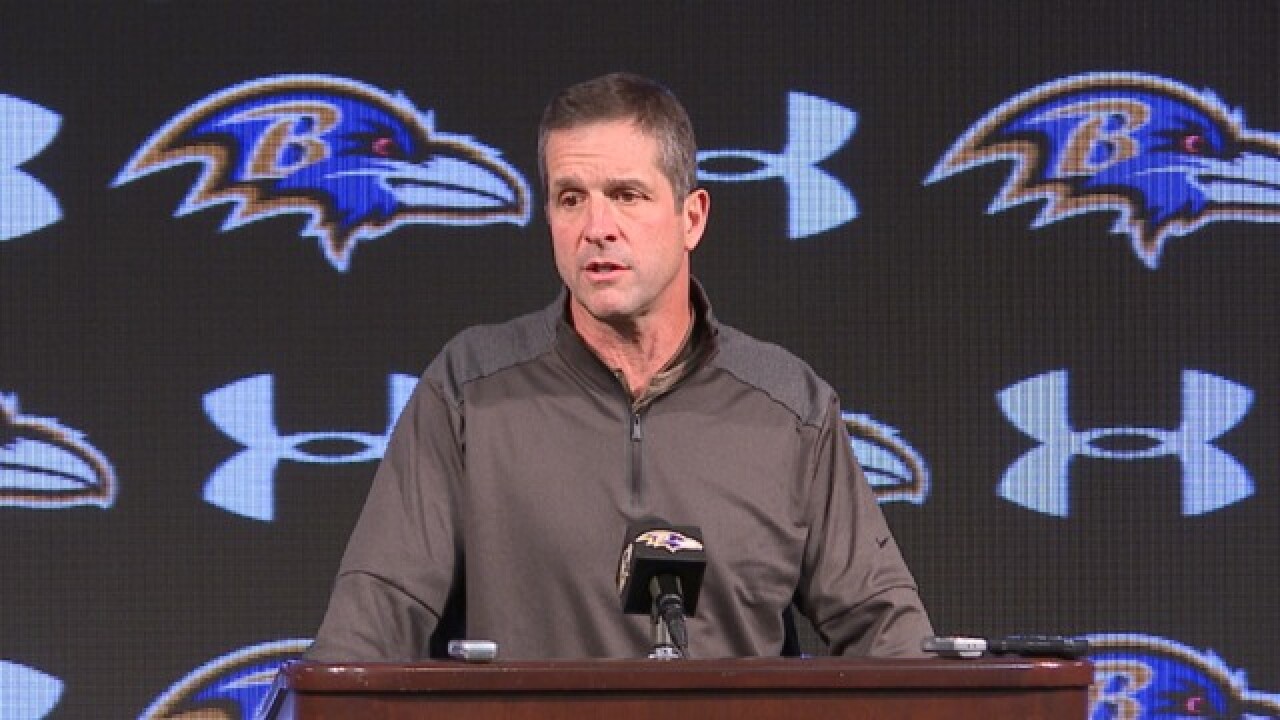 One game for the postseason.

A game that will now be three-and-a-half hours later on a holiday weekend.

Ravens Head Coach John Harbaugh doesn’t see any positives in the New Year’s Eve regular season finale getting the flex from the National Football League. The game was moved from a 1:00 p.m. start to a 4:25 p.m. kickoff.

“It’s kind of tough for the fans. I’m sure they have New Year’s Eve plans. I don’t know what the considerations are at the league office, and why they do what they do, and I really don’t care,” said Harbaugh. “I don’t think the NFL did us any favors by moving it back. But, they don't care about us so we just got to care about ourself.”

Their main care is a victory over Cincinnati, however it plays out. That would guarantee Baltimore the fifth seed in the AFC standings and a trip to Kansas City in the Wild Card playoff round.  The Ravens can still earn a postseason berth even with a loss. In that scenario they would need either Tennessee or Buffalo to lose or tie. But they don’t want to back in, they want to continue playing their best football of the season in the month of December.

“It’s very important. That’s the idea. That’s something we have to build on every single week,” added Harbaugh.

This week brings the Bengals, a club that is already eliminated from playoff contention. The only thing they have left to play for could be their longtime head coach, Marvin Lewis, who will be coaching his final game for Cincy.

“We expect that team to be highly motivated come Sunday,” said Harbaugh.

Harbaugh said receiver Jeremy Maclin (knee) has a chance to play on Sunday. He also said the season is over for Jaylen Hill. The cornerback and special teamer tore his ACL and MCL in Saturday’s win over Indianapolis.