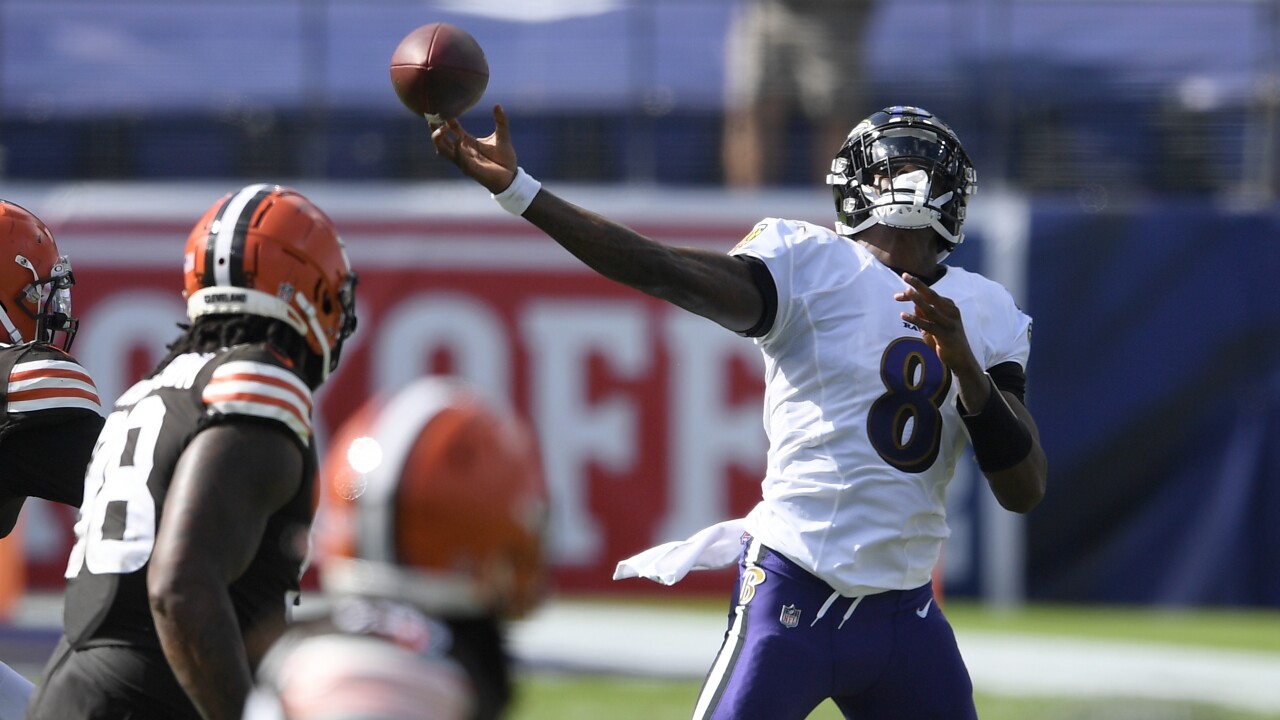 OWINGS MILLS, Md. — It was a game unlike any other. No fans in the stands played with no preseason to prepare.

It resulted in a win unlike any other.

"We handled the situation well," said Ravens Head Coach John Harbaugh. "We hadn’t played yet. The fans, I think there was a certain... I felt it. It was just different. It was just a little bit off-putting."

What wasn’t was the result, a 38-6 blowout of the Browns. Lamar Jackson looked like all of the most valuable player he is. He went 20-25 passing for 275 yards and 3 touchdowns.

"I thought he just showed great poise in the pocket the whole game. Lamar played an excellent game," said Harbaugh.

Jackson was never more efficient than on that 69 yard, 35 second drive resulting in a Mark Andrews touchdown with six seconds remaining in the first half. Harbaugh called it the turning point of the ballgame.

"You couldn’t do that drive any better than that. That’s as good as it could be done. It couldn’t be done any better," he said.

"We still had six seconds left after we scored. It’s just remarkable. The whole offense deserves the credit for it. They all understood the situation. They all reacted perfectly. But, of course, the quarterback is the conductor."

"Generally speaking, just very solid in terms of the basics - the run fits, the angles he took, the zone drops, the way he related to routes, the patience he showed there."

The one injury from the game to keep an eye on is Ronnie Stanley’s ankle. The All-Pro left tackle left the game in the third quarter. Harbaugh maintained on Monday it’s nothing serious and he expects Stanley to be on the field when the teams gets back to practice on Wednesday.