Harbaugh defends strategy vs. Chiefs: 'It wasn't a field position game. It was a possession game.' 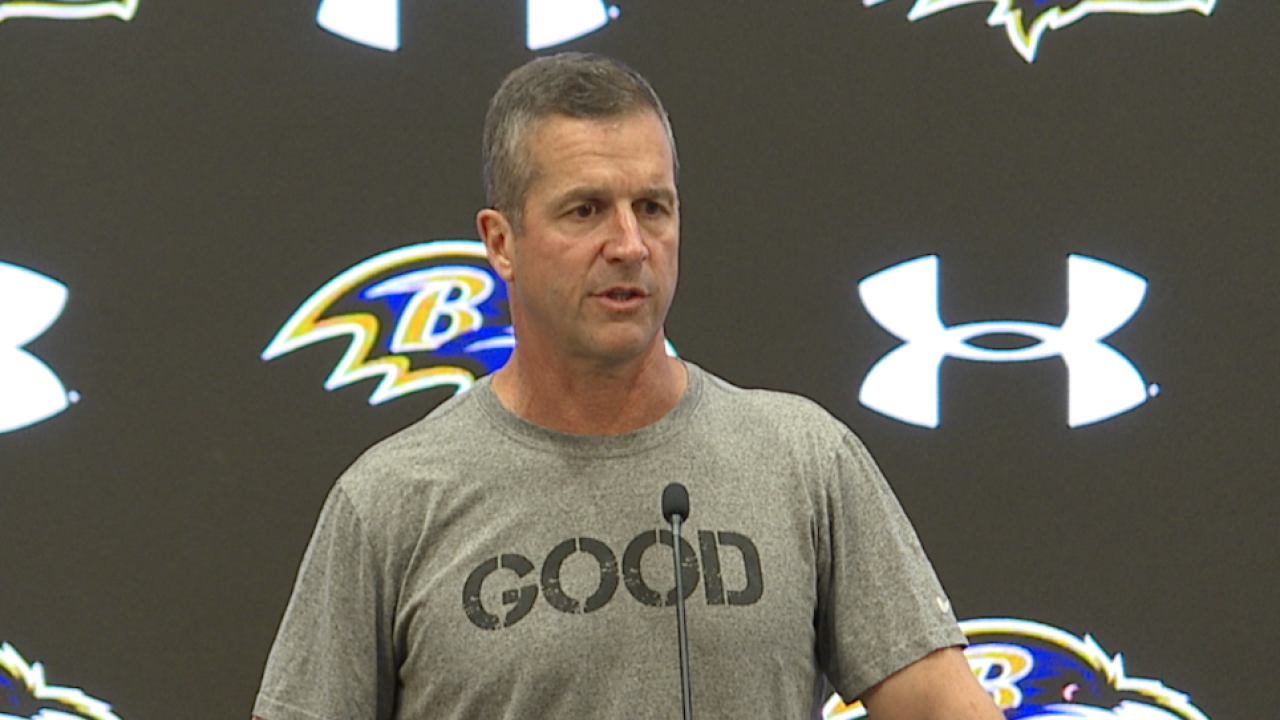 OWINGS MILLS, Md. — A day after some of the more unorthodox coaching decisions of his career, John Harbaugh defended his aggressive, unconventional choices made during the 33-28 loss in Kansas City.

“We’re standing by our decisions,” said the Ravens Head Coach. “Our decisions gave us the best chance to win the game.”

Backed by analytics, Harbaugh shed a little more light on why he coached the way he did against the Chiefs, who are arguably the best offensive team in the NFL.

“It wasn’t a field position game. It was a possession game and making the most of each possession was what counted,” he said.

Among the questionable calls were three failed two-point conversion attempts, including a try down eleven points early in the fourth quarter.

“Getting it to nine (points) gives you a much better chance of winning than taking it into overtime, and you still have a chance to do that with the second two, and for some reason if they happen to kick a field goal or score a touchdown, it also enhances your odds,” said Harbaugh. “So, while you may think getting it to ten may be the thing to do, it’s the thing to do if you want to go into overtime. It’s not the thing to do if you want to win the game in regulation and that’s what we were trying to do.”

The Ravens were 3-for-4 on fourth down tries.

“If we hadn’t made those decisions, especially the fourth down decisions, we wouldn’t have been within a score at the end of the game. Period. If we get the two point conversions we win the game just by doing what we did.”

The only fourth down they didn’t convert was in the second quarter, fourth-and-two from their own 47. Harbaugh defended his strategy not to punt.

“The opportunity to maintain the possession is more important than the 30 or 40 yards of field position against a team that makes big plays.”

Now the Ravens prepare for the start of their divisional schedule. They get three straight weeks of AFC North opponents, beginning Sunday at home against the Browns.

Harbaugh said there will be a different feel to the next three games.

“Every game is big but, these games, I feel like they count for two games.”

Analytically though, they still only count for one.