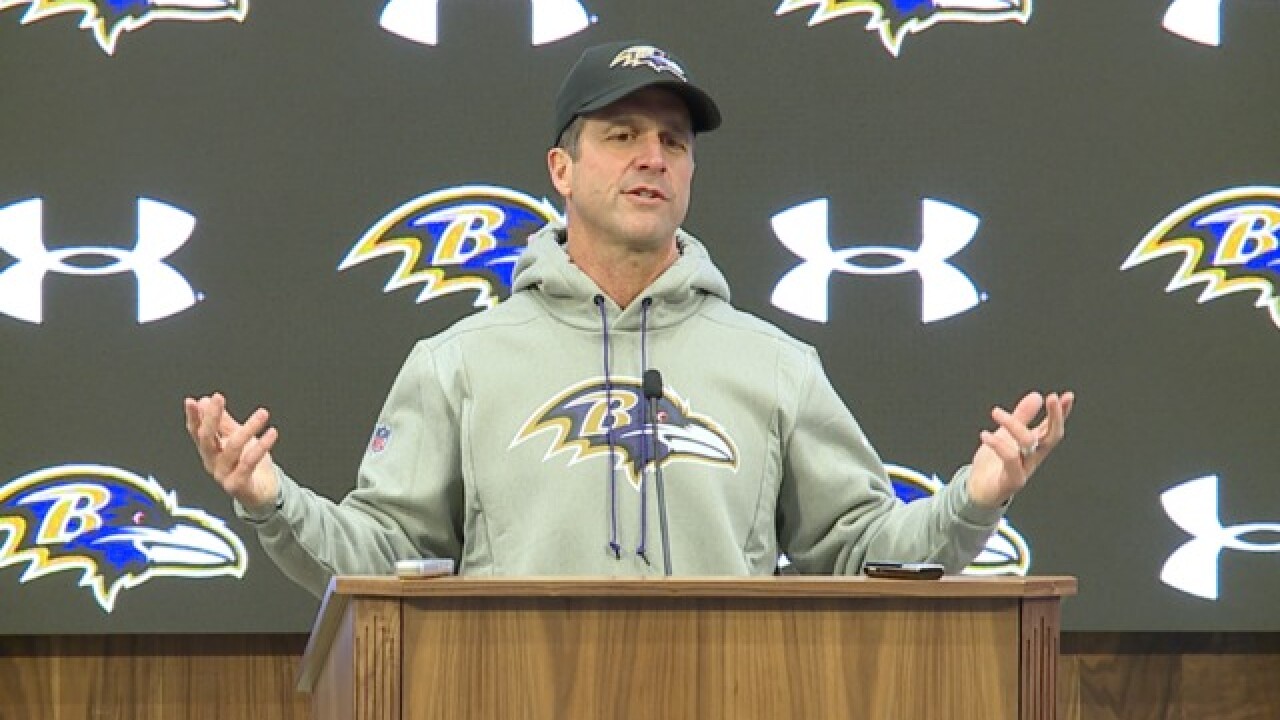 Copyright 2018 Scripps Media, Inc. All rights reserved. This material may not be published, broadcast, rewritten, or redistributed.
<p>John Harbaugh after the Ravens return from their bye week</p>

Without even playing a game on Sunday the Ravens returned to practice Monday with even more questions surrounding the team.

The biggest revolved around two of the most important people in the organization, head coach John Harbaugh and quarterback Joe Flacco.

Reports were swirling over the weekend about Harbaugh’s job security.  Jason La Canfora of CBS Sports reported the head coach and the the Ravens will mutually part ways after the season. Harbaugh was asked Monday if he’s talked with team owner Steve Bisciotti about his status.

“We talk regularly about lots of stuff. So, we talk about everything. That stuff doesn’t matter. I mean, the report itself, how do you even address something like that when there are so many layers to it that you know just aren’t true? So, again, it’s just noise. It doesn’t matter. It means nothing. It’s not something I’m going to think about or concern myself with. Neither are the players. Neither is Steve,” said Harbaugh.

Harbaugh said the veteran QB landed on his knee awkwardly in the team’s last game against the Steelers, injuring his hip, and Flacco’s availability for Sunday’s big game against the Bengals will be a game time decision.

Harbaugh added that Flacco doesn’t need to practice this week to play against Cincinnati.

As for which quarterback would start if Flacco can’t play, rookie Lamar Jackson or Robert Griffin III, Harbaugh wouldn’t say.

“There’s no reason for us too. We don’t know. I don’t know who’s going to play,” he said. “We’ll prepare all the guys. It’s up in the air. We’re not worried about it. We’re blessed with a good quarterback room.”

Jackson has backed up Flacco in each game this season.

When asked if he’s confident Jackson could start a game and play well, Harbaugh had two simple words: “Yes. Absolutely.”