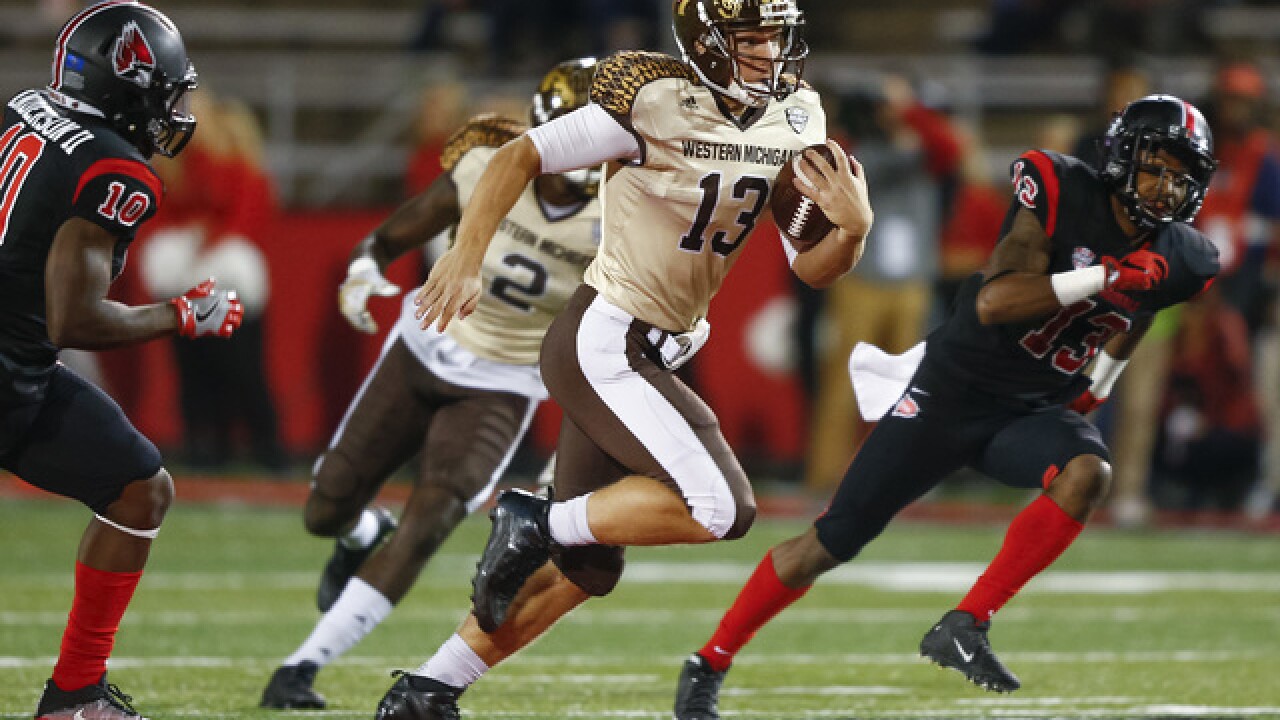 Copyright 2018 Scripps Media, Inc. All rights reserved. This material may not be published, broadcast, rewritten, or redistributed.
Michael Hickey
<p>MUNCIE, IN - NOVEMBER 01: Tom Flacco #13 of the Western Michigan Broncos runs the ball during the game against the Ball State Cardinals at Scheumann Stadium on November 1, 2016 in Muncie, Indiana. (Photo by Michael Hickey/Getty Images)</p>

There will be another football-playing Flacco in Baltimore this fall.

WMAR-2 Sports Reporter Shawn Stepner has learned that Tom Flacco will suit up for Towson University next season.

Tom is the younger brother of Ravens quarterback Joe Flacco and also plays quarterback.  He is transferring from Rutgers University to Towson.  He has two years of eligibility remaining and can play for the Tigers this year.

Tom Flacco was a walk-on at Rutgers.  Before that he played at Western Michigan University.

Towson University has not officially announced the move which was first reported by nj.com.