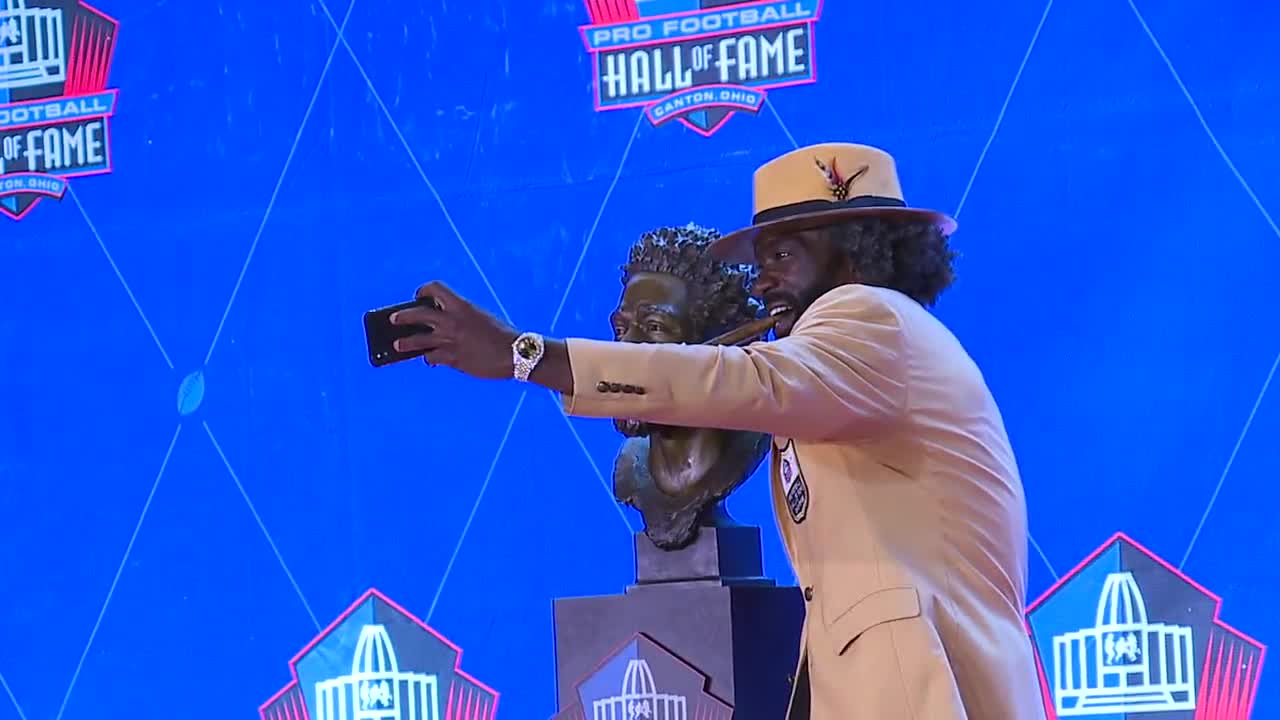 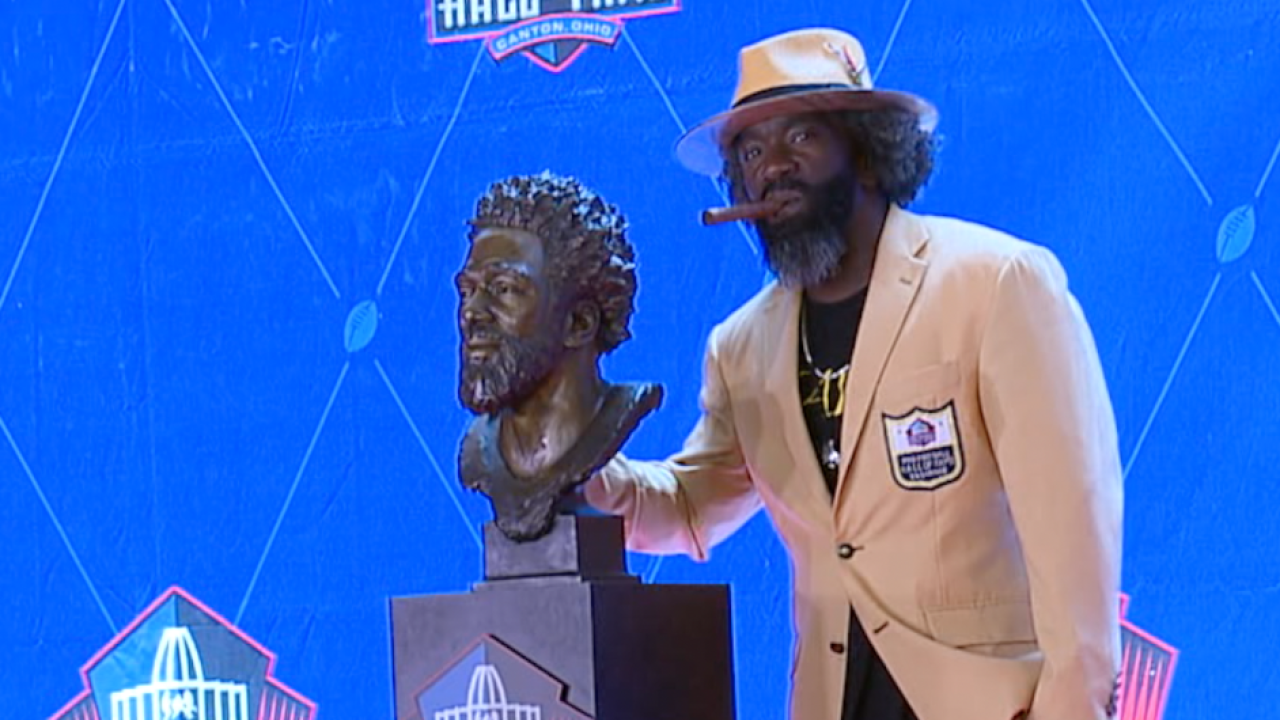 CANTON, Ohio — With a quick tug on a golden cloth and a little help from his dad Ed Reed, and his likeness, were on full display for the football world.

The legendary Ravens safety was officially enshrined into the Pro Football Hall of Fame.

“This kid wasn’t supposed to be here,” he said.

On Saturday there was nobody more deserving to be there.

Reed got emotional several times during his 36 minute induction speech. He talked about his upbringing in Louisiana, his family and his mentors.

And boy did he show love for the city in which he became an NFL star.

He thanked the fans, who turned most of Tom Benson Hall of Fame Stadium purple.

“I loved it all, especially when I heard that ‘Reed’ in M&T Bank Stadium. What I wouldn’t give for one more interception.”

He also thanked his coaches and fellow Hall of Fame teammates Jonathan Ogden and Ray Lewis.

A big part of Reed’s speech wasn’t about football at all. He touched on various social issues.

“You know, mental illness is one of the biggest problems in our world. So, I got to send prayers to the families that have experienced the mass shootings. In general, across this country, it’s something we really need to address.

“Everyone has their own greatness and you reach your own greatness depends on your environment and your structure, company you keep. No matter what, encourage those around you and yourself.”

And then there’s that bust - the very accurate representation of the best safety to ever play in the National Football League - and his luscious locks. It will reside in Canton, Ohio forever.

It is picture perfect for the quintessential Hall of Famer.