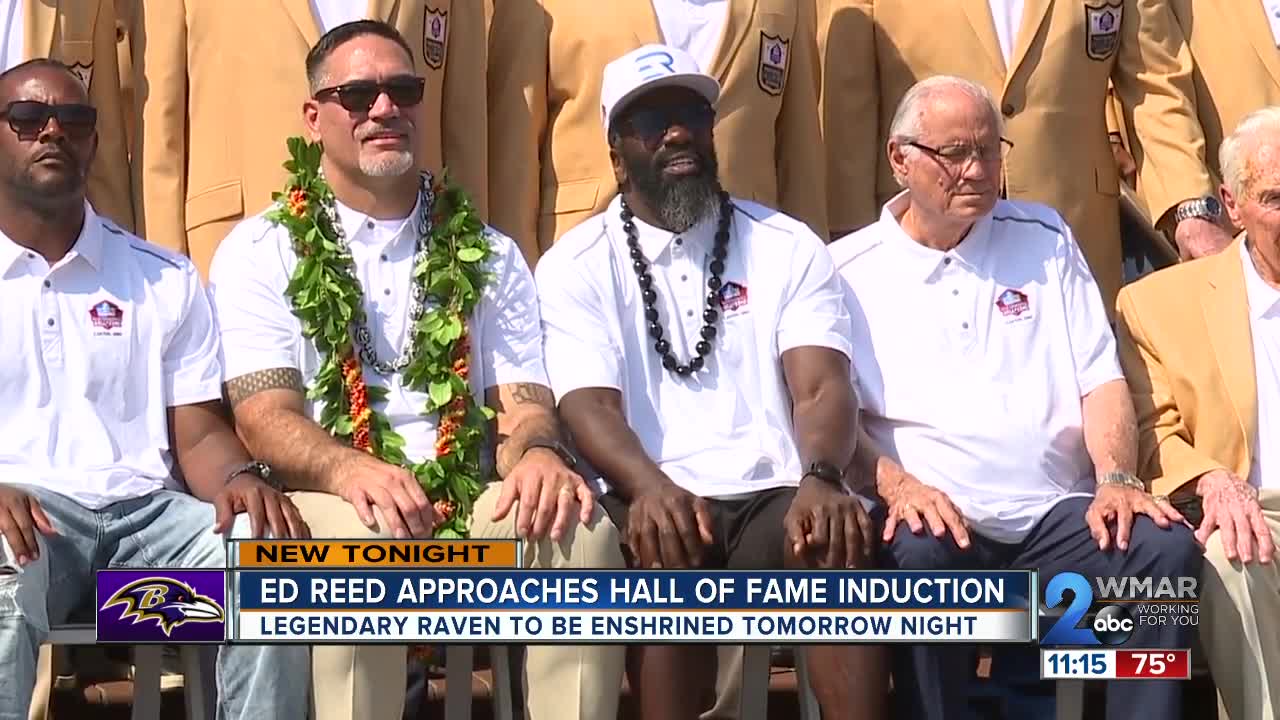 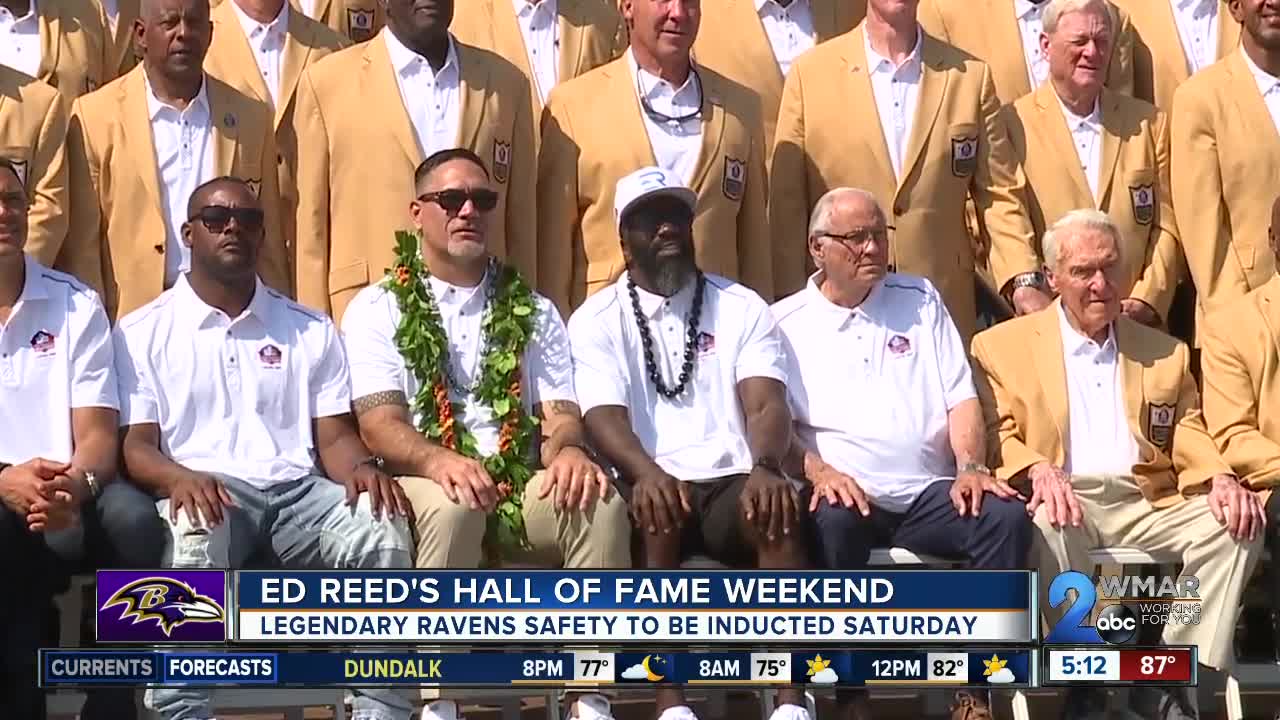 CANTON, Ohio — For over a decade Ed Reed was a one-of-a-kind player for the Baltimore Ravens.

Now he’s in a one-of-a-kind place forever. The Pro Football Hall of Fame is getting ready to open its arms for No. 20.

“It’s just exciting, man. Knowing you’re on this team? No getting cut off this team,” said Reed.

He was the playmaker. He was the force in the defensive backfield that swung so many games in favor of the Ravens. Now he’s taking his rightful place in Canton.

Reed, along with the 2019 Hall of Fame Class and over 100 other Hall of Famers, gathered Friday for a group photo. It was one of the highlights so far Reed.

“I’m still soaking that up,” he said. “I just told that to Cris Carter. I don’t even know if it really even hit me yet, that I’m in the room with a bunch of guys that I looked up to. Part of a team that I never thought that I’d be a part of.”

The ball-hawking interceptor of football after football during his 12 year career is on the verge of the highest honor anyone associated with the game can receive. He’s arguably the greatest to ever play the safety position. He’s a first-ballot Hall of Famer and third longtime Raven to enter the Hall. He joins Ray Lewis and Jonathan Ogden.

“Those are three bad boys. I don’t really think we realize how special that is but I know J.O., I know Ray, myself wouldn’t have done it without our teammates,” said Reed.

“I just knew that any time that he got his hands on the ball, on the back end, that something could happen. When he made that pick you were like, ‘Can he take it back?’ and it was exciting to watch,” added Ogden.

As for his speech Reed says, among other things, he plans to talk about unity and togetherness.

He’ll received his exclusive, gold Hall of Fame jacket on Friday night. The enshrinement ceremony is set for Saturday night.