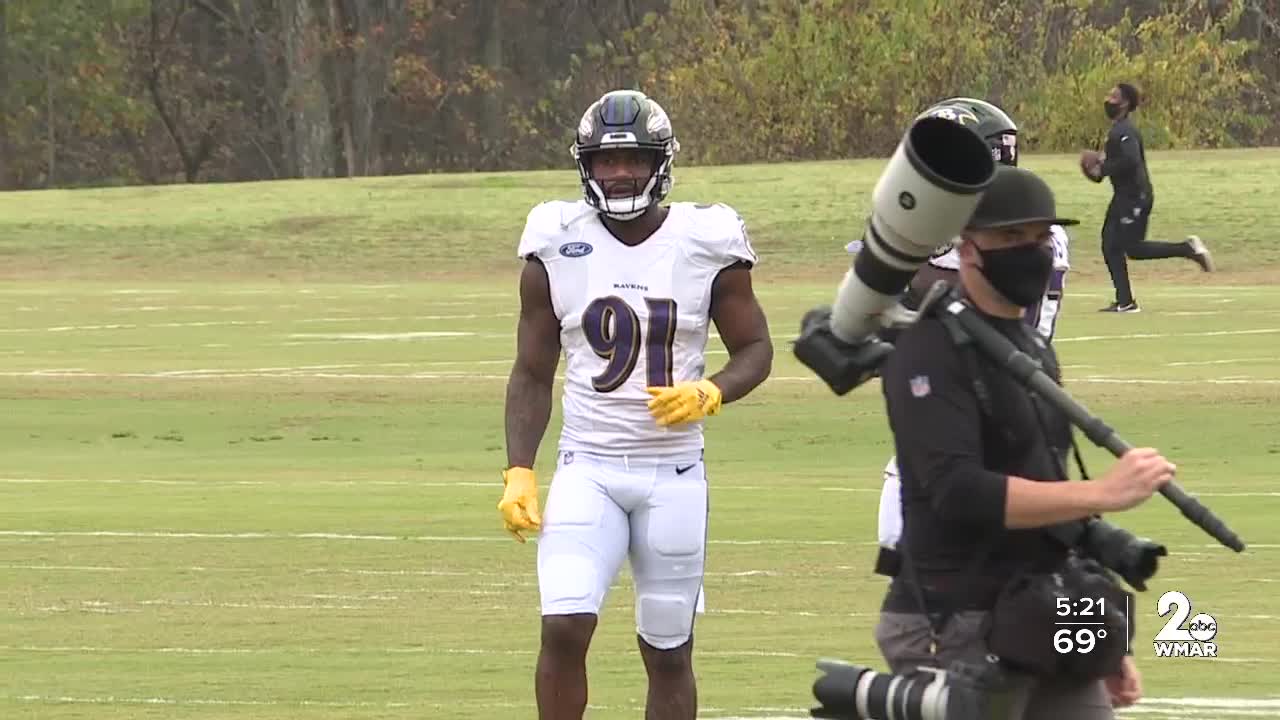 OWINGS MILLS, Md. — This week it’s all about the rival and the big name roster additions for the Ravens. The newest piece, Dez Bryant, joined his new team on the field on Wednesday.

"It’s tremendous. We just got to bring him in, see if he is ready, see what he’s capable of and go from there," said quarterback Lamar Jackson.

"He looked good in the workout. When and if he is ready to go he’ll be out there," said Head Coach John Harbaugh regarding what he needs to see from Bryant before he is elevated to the active roster.

Bryant was signed to the Ravens' practice squad on Tuesday. The 31-year-old, three-time pro bowl receiver is one of the best of his era but hasn’t played in an NFL game since 2017.

"Dez, he’s the x-factor," said cornerback Jimmy Smith. "[He] makes those great contested catches and has that attitude, that dog attitude that you want on your offense."

While Bryant will work his way into the lineup, the other Ravens newcomer should make an immediate impact. Defensive end Yannick Ngakoue was acquired last week from the Vikings and is set to make his Baltimore debut on Sunday against the Pittsburgh Steelers.

As for Sunday against the Steelers, this will be a battle of two of the best defenses in the NFL. The Ravens have allowed the fewest points in the NFL. The Steelers are No. 1 in total defense. That's just par for the course in this rivalry.

"This is still the most physical game we play, both sides of the ball, every year," said Smith.

"It’s going to be a fist fight from play one to the last play," said McPhee.

First place on the line on Sunday afternoon.

As for the injury situation, cornerback Marlon Humphrey (illness) and running back Mark Ingram (ankle) did not participate in Wednesday's practice.