Ravens set defensive back sack record in win over Bengals 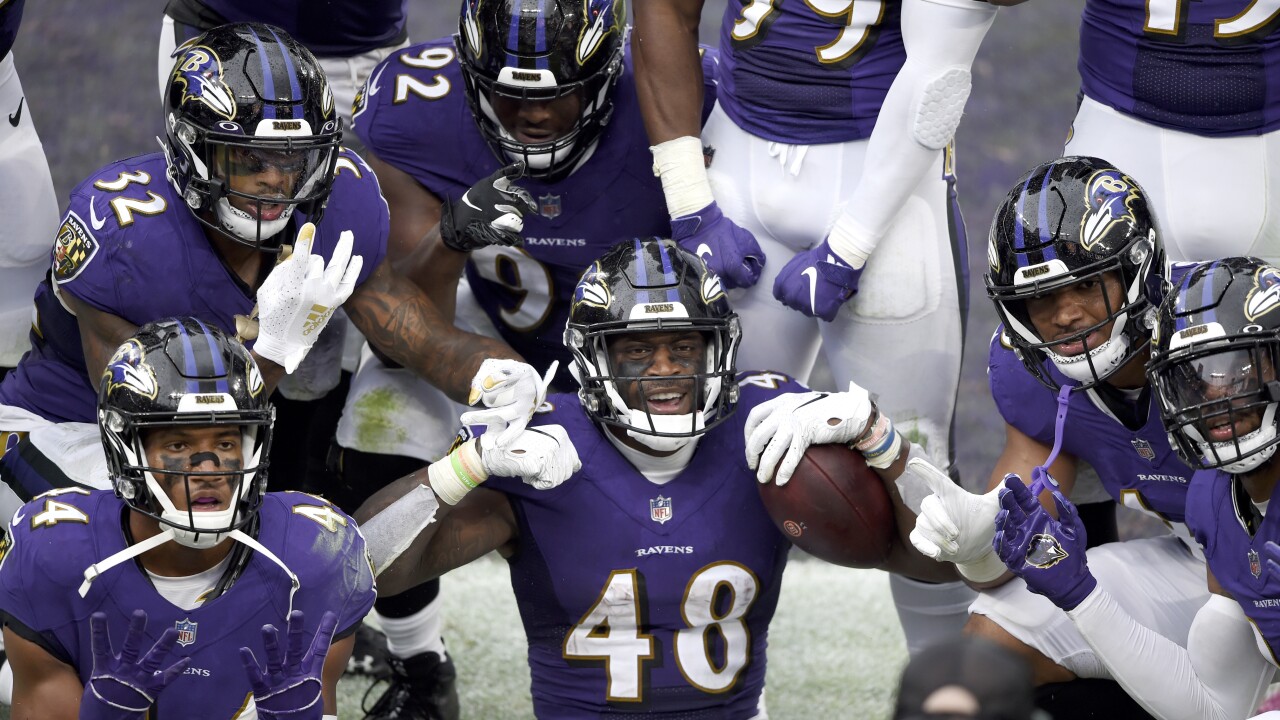 Gail Burton/AP
Baltimore Ravens inside linebacker Patrick Queen (48) and teammates pose for a photographer after he returned a fumble recovery 53 yards for a touchdown against the Cincinnati Bengals during the second half of an NFL football game, Sunday, Oct. 11, 2020, in Baltimore. The Ravens won 27-3. (AP Photo/Gail Burton)

OWINGS MILLS, Md. — A year after an offensive revolution, the Ravens are in a defensive renaissance after Sunday’s 24-point blowout of the Bengals.

"The thing I was really happy with and proud of was the way they played," said Ravens Head Coach John Harbaugh on Monday about his defense. "Sometimes it’s not the outcome, it’s how you play that is really what you evaluate."

A franchise that has been defined by dominant defenses is back to No. 1 in the NFL allowing 15.2 points per game. That's the fewest in the league. They gave up only three against Cincinnati.

"The pursuit, the effort, the discipline, the technique, their eyes - back to front, all the way through the defense - to me, was really, really good," said Harbaugh.

Sunday’s eye-popping statistic: seven Baltimore sacks. The Ravens also set an NFL record. The became the first team with five different defensive backs earning at least one sack in a game, dating back to 1982 (when sacks became an official stat).

"They timed it up well. There was good disguise. I thought with that the coverage was excellent behind the blitzes," said Harbaugh.

Meanwhile, the offense was all kinds of out of sorts. Lamar Jackson looked nothing like he did during last year’s MVP season. He was out of sync and out of rhythm with receivers.

Jackson went 19-37 for 180 yards with two touchdowns and an interception. He rushed for a career-low three yards on a career-low two attempts. Jackson missed two practices in the days leading up to the game - one with a knee injury and one with an illness. Harbaugh said when players miss practice it always has an affect.

"I know we’re going to get lost a little bit in the numbers and the efficiency of it and all those kind of things. Heck, we want more first downs. We want to move the chains. We want more yards. We want more points. We do and we have to improve as the season goes on to achieve the things that we want to achieve," said Harbaugh. "By the same token, just Lamar himself made some really great plays."

Enough to for the Ravens fourth win of the season with a visit to Philadelphia looming on Sunday.