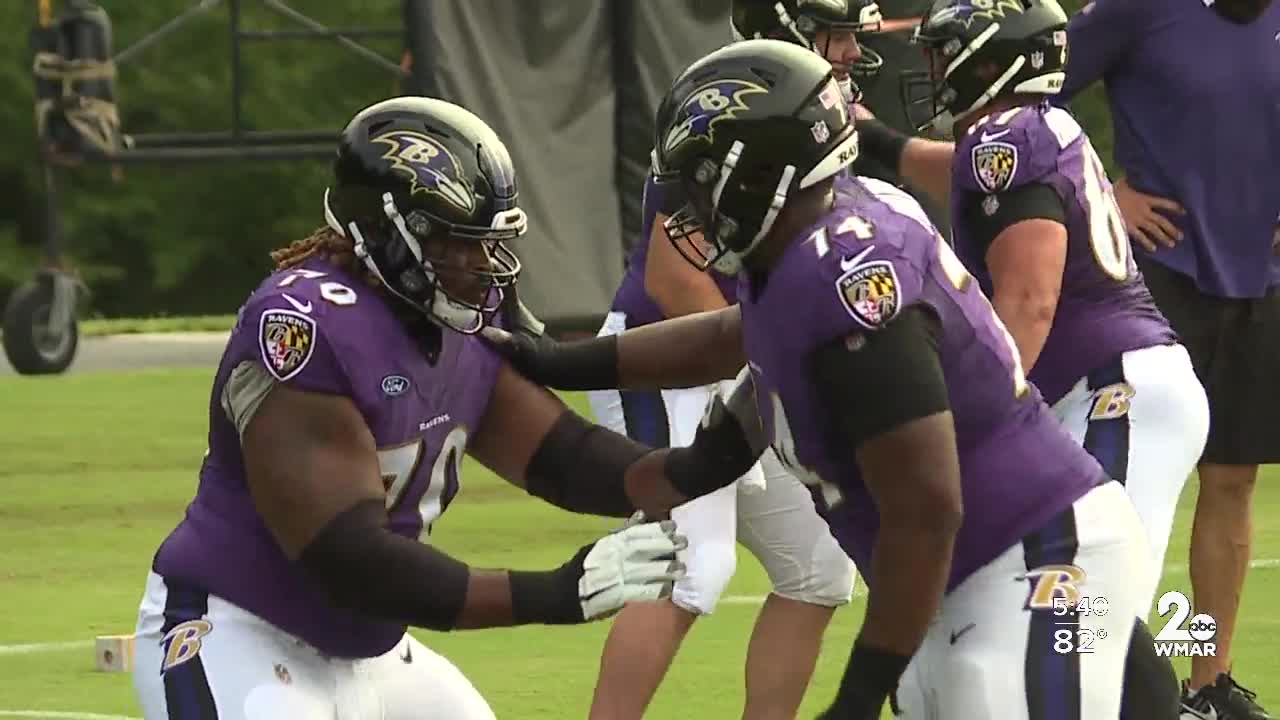 He is the man tasked with replacing the best right guard in Ravens history. D.J. Fluker is up to the challenge.

OWINGS MILLS, Md. — He is the man tasked with replacing the best right guard in Ravens history.

D.J. Fluker is up to the challenge.

"Those are big shoes to fill but I’m going to just be myself, come in and do what I do best and that’s just play football. That’s me - hungry, ready to go and win a championship," said Fluker.

Marshal Yanda is gone. The future hall-of-famer retired after 13 years.

Enter Fluker. The 29-year-old is entering his eighth NFL season. He was picked up as a free agent after two seasons with the Seattle Seahawks.

More muscle than when he signed.

"Being able to move like water. Being able to flow. You got to have sweet feet to go on the field and play offensive line," he said. "Being lighter, being leaner, being more explosive, that does help."

He’s fitting right in with his new teammates.

"He’s just always hype. Just wants to come off the ball, fire off. He’s just that guy," said Ravens left guard Bradley Bozeman. "He’s bringing the energy right now. Excited to have him on our team. Excited to see what we’re going to do. We’re just continuing to mesh every day."

Harbaugh is keeping a close eye on how that offensive line is meshing as he tries out different combinations. Harbaugh said he wants to have his starting O-line set by the end of the month.