Veterans join rookies and quarterbacks on the field 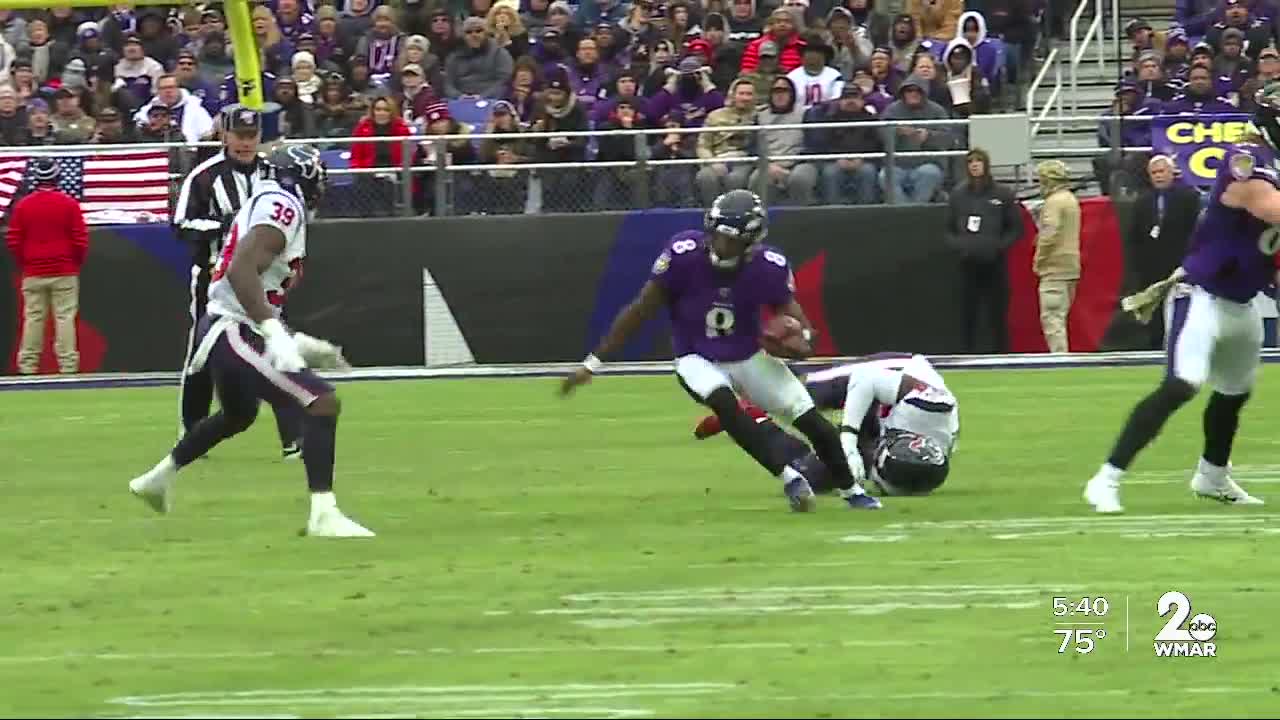 Ravens training camp is ramping up. The veterans joined the rookies and quarterbacks on the field Wednesday as they move closer to putting on the pads.

OWINGS MILLS, Md. — Ravens training camp is ramping up. The veterans joined the rookies and quarterbacks on the field Wednesday as they move closer to putting on the pads.

Limited to virtual meetings over the summer Defensive Coordinator Don Martindale was eager to get to camp. He wanted to figure out who was on the 'All-Zoom team' and who could actually play. The man they call Wink is happy with the results so far, including from the rookies.

"I was just glad we didn’t get catfished by anybody," he said. "They are pretty much what we expected as far as coming in and knowing where they’re at."

"They’ve both done a really nice job and haven’t disappointed anybody," said Martindale.

One area where the Ravens want to improve in 2020 is run defense.

On the other side of the ball, the running attack was historic last season. It set the NFL's all-time record for rushing yards in a season. Running backs Mark Ingram, Gus Edwards and Justice Hill are joined by second round draft pick J.K. Dobbins. It's a stable full of weapons.

"We’ll be able to utilize all of those guys as we move forward," said Offensive Coordinator Greg Roman. "In our offense we don’t look at it as a problem at all. We look at it as a really good thing."

The most explosive runner of them all is the quarterback - MVP Lamar Jackson.

Where does Roman see Lamar improving this season? Where does he see Lamar's next step?

"I felt like last year he made a gigantic step in every phase of his game," said Roman. "I think his knowledge of the game will improve, game management. We’re always looking to improve accuracy, decision-making. We feel like Lamar’s got very good vision."

This season, more than ever, teams must expect the unexpected when the games begin. COVID-19 can put anyone on the sidelines at any time. The Ravens have put together a versatile roster to last.

"It’s definitely something that we’re trying to build for, to be as adaptable as possible," said Roman.