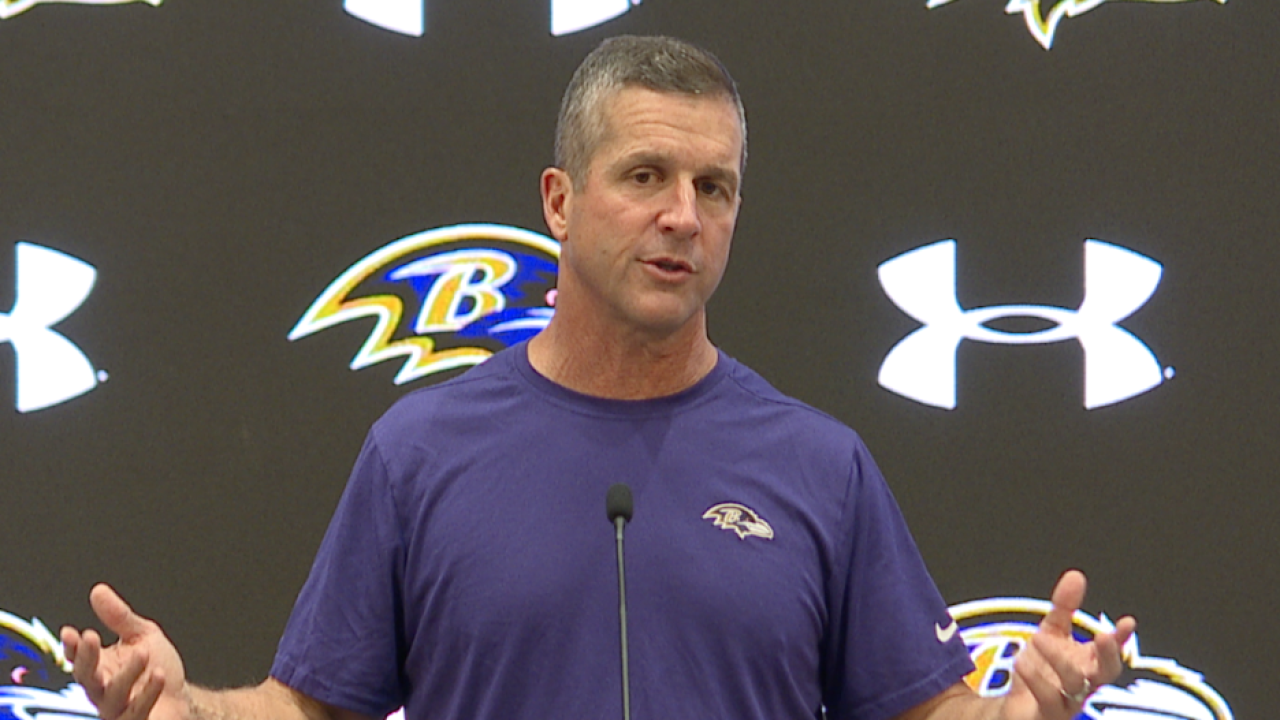 They’re a little more saucy after you beat the Steelers.

“We’re very happy,” said Ravens Head Coach John Harbaugh during his weekly day-after-game press conference. “Any time you go into Heinz Field against the Steelers and get a win, especially in this rivalry, that’s a great accomplishment.”

The best kicker in the game did his thing. Justin Tucker’s 46 yard field goal clinched the 26-23 overtime victory.

The offense looked like it took steps back on Sunday. Lamar Jackson tossed 3 interceptions. How does Harbaugh think his second-year QB played?

“In many ways he won the game for us. A lot of guys did. A lot of guys made plays and Lamar definitely did his part. So, you’d have to say that he played very well. He’s learning leaps and bounds every week because you see new things all the time,” said Harbaugh.

And then there was the hit - that down right scary scene in the third quarter. Earl Thomas’ vicious hit on Mason Rudolph, helmet to chin. It knocked the Steelers quarterback unconscious before he even hit the ground. Harbaugh said it was an unfortunate collision.

“I see Earl trying to pull off. There’s no question about it when you watch the tape,” described Harbaugh. “He goes in there, he’s running to the ball. Mason is scrambling and going and he’s [Thomas] running to the ball, playing fast and he tries to pull out. It’s clear.”

Rudolph was seen in the Steelers locker room on Monday. He remains in concussion protocol.

As for potential reaction from the league against Thomas Harbaugh said he would be surprised if that happened.

The Ravens also suffered their fair share of injuries. Veteran safety Tony Jefferson has been lost for the season with a knee injury. Now the secondary will lean on Chuck Clark and DeShon Elliott to step up.

“Tony Jefferson is, obviously, the heart and soul of us. He’s a leader. He’s a great player,” said Harbaugh. “We have depth there at safety. Those two young guys will do a heck of a job. I’m very confident of those guys. We’ll have to overcome it.”

Other injuries of note: Harbaugh said Marquise Brown’s right ankle injury is nothing serious and Mark Andrews’ foot injury is just something he’s trying to work through.

Those two situations are definitely something to monitor this week at practice as the Ravens prepare to host the winless Cincinnati Bengals on Sunday.