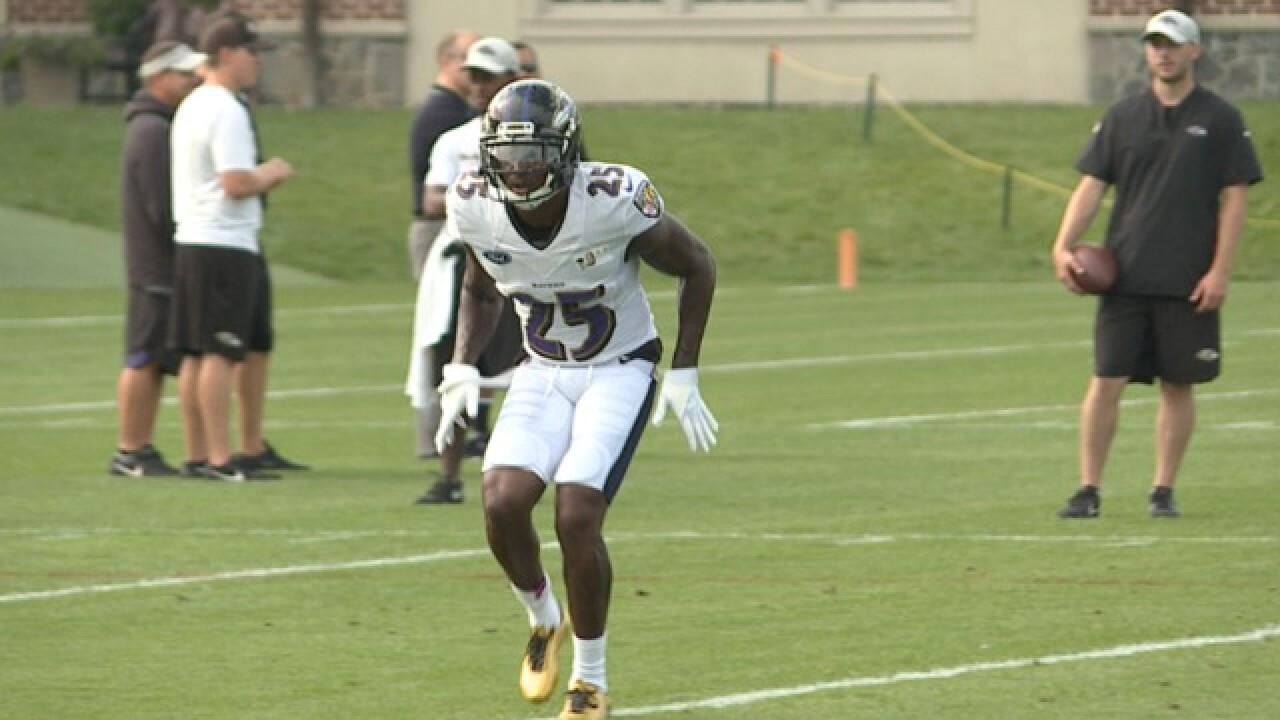 Tavon Young has a new appreciation for the game of football.

“I always appreciated the game. But now there’s no complaining from me,” said the Ravens cornerback. “Sometimes I would be like ‘I don’t want to practice today’. But now every day I’m coming with that energy because it could be taken at any moment.”

And it was last year for Young. He missed the entire 2017 season after tearing his ACL in OTA’s. Now he’s back and said he feels near 100%.

“He’s doing a great job. He looks good to me. How does he compare to before, I don’t know. He’s definitely good enough to play and help us win,” said Ravens Head Coach John Harbaugh.

On Friday Young was spotted talking to one of the several National Football League officials that are at training camp this week.

The zebras are in town not only to help out with officiating practice, but to also talk to players about new rules adopted for the upcoming season.

The biggest change is the targeting rule and how it’s called both on the defensive player and the offensive player.

“The only contact you can make with your helmet is with the face mask,” said NFL Down Judge Jerry Bergman. “Any time you dip your head, and hit with any part of the crown of your helmet up to the top of your helmet, that’s going to generate a foul. The biggest thing is the NFL now wants you to use the helmet as a defensive piece of equipment only.”

How are the players going to adjust? Some aren’t.

“I only know how to play football one way. That’s the way I’m going to continue to play,” said veteran Ravens linebacker Terrell Suggs. “It’s easy to look through a camera and say ‘Oh, he’s targeting’. But out there on the field everything is moving at 200 miles per hour and you don’t have time to think ‘Oh, I’m going to get fined for this’. You are just going to go and play. That’s pretty much what I’m going to do.”

The officials said they hope to work out any kinks they may have calling the new rules during the upcoming preseason.