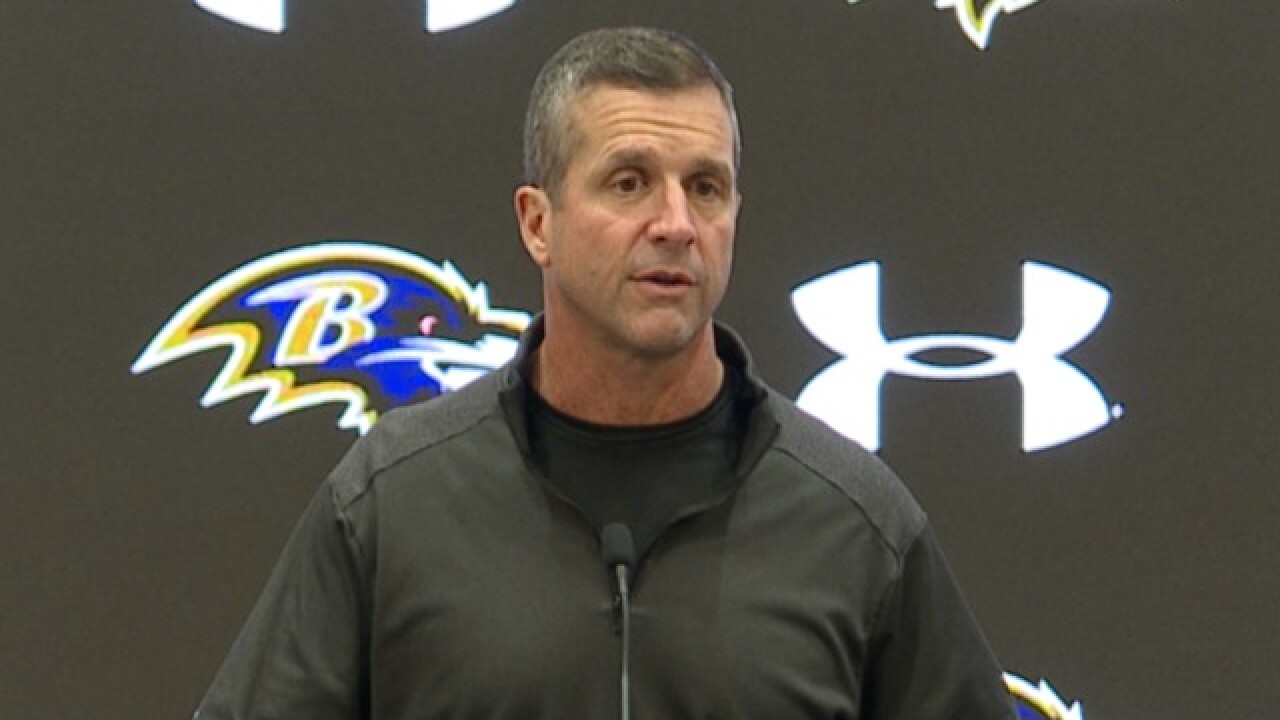 It was as satisfying an early-season win as you’ll get.

It was a victory led by the defense. Baltimore became the first team since 2006 not to allow a second-half touchdown in each of its first four games. The defensive backfield was a big part of that success.

“There was not a lot of room for Ben (Roethlisberger) to throw. He was getting the ball out on time and in rhythm. But there just weren’t a lot of windows in there,” said Harbaugh.

Quarterback Joe Flacco and the offense were in complete control. But both he and the head coach want more.

“We just got to keep building on the precision of our passing game. There’s still a lot of work we can do. We can get a lot better,” added Harbaugh. “I think Joe said it last night. The fact that he’s a little perturbed with the fact that we didn’t do better, boy you want to hear that as a coach.”

One thing you don’t want to hear or see is your lead running back losing the football. Alex Collins fumbled the ball for the second time this year last night at the one-yard line.

“He runs very hard. But sometimes you expose the football when you do that,” said Harbaugh. “Yeah, fumbling is always troublesome. You can’t have it. It’s not worth it.”

Next week brings another division opponent, on the road, as the Ravens visit Cleveland.

Baltimore could have the services of their best cornerback against the Browns.

Jimmy Smith has returned from his four-game suspension for violating the NFL’s personal conduct policy.

Harbaugh said Smith was in the building on Monday and expects him to practice on Wednesday. He added that if he’s in shape and practices well Smith could play on Sunday.