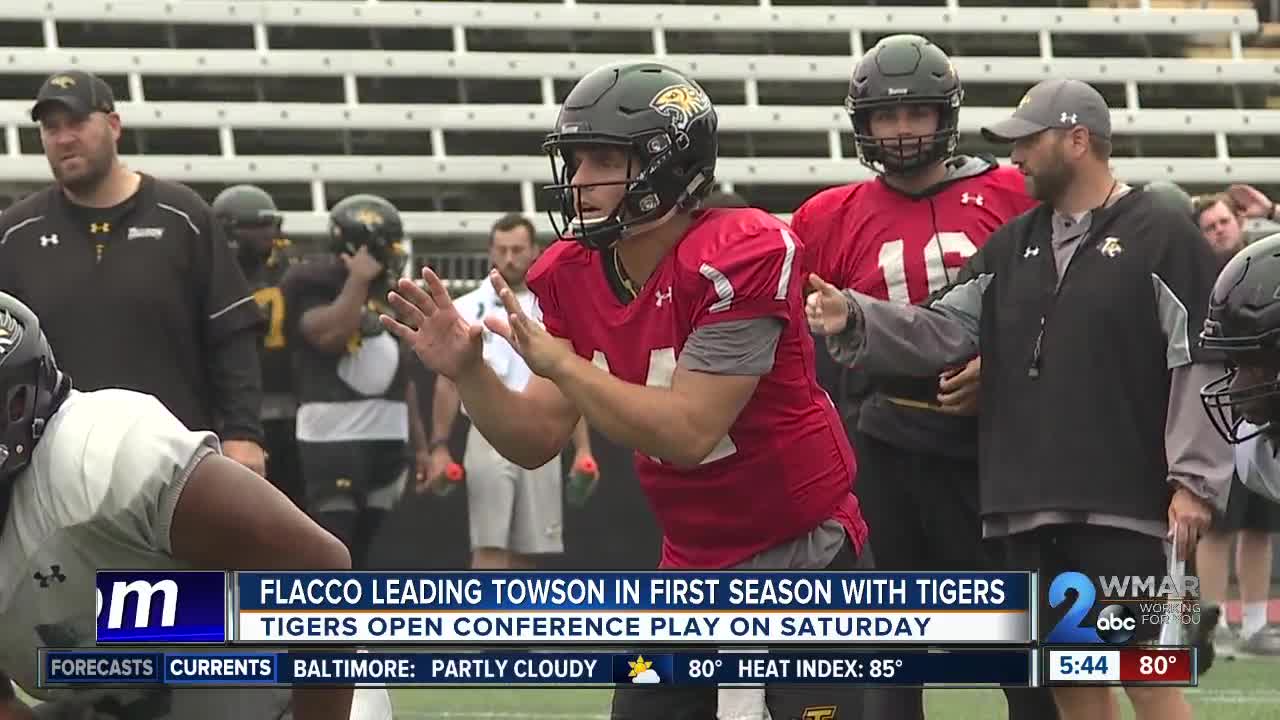 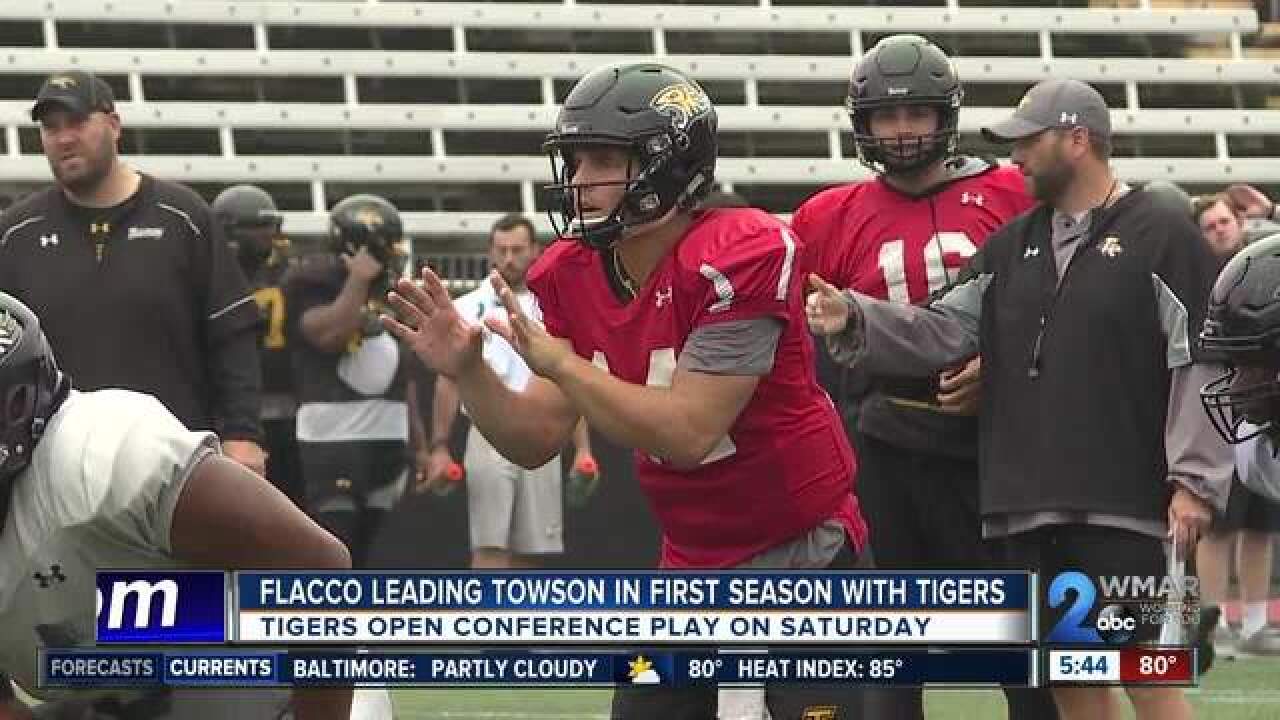 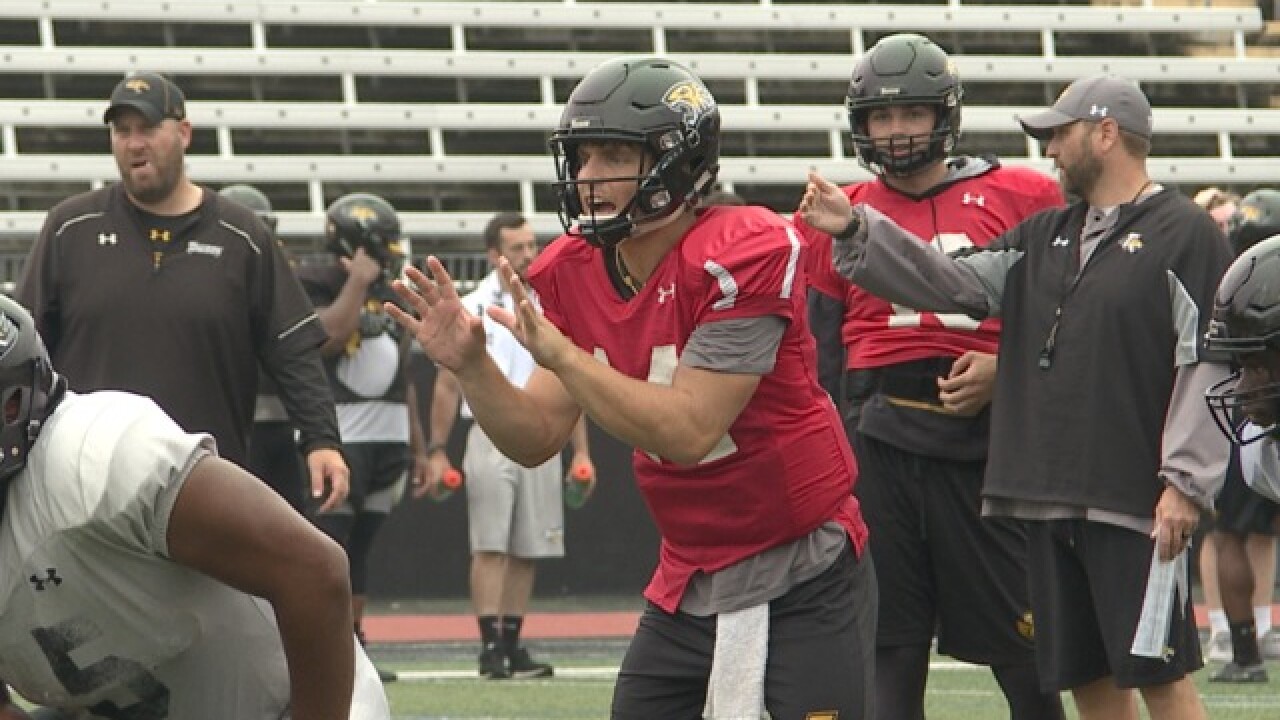 Joe Flacco isn't the only member of his family who's had a good start to the football season.

His younger brother, Tom, is shining in his first couple games with Towson University.

"I'm going to do whatever we need to do to win the game," he said.

The redshirt junior quarterback is lighting it up.

He's second in the CAA with 5 passing touchdowns.

In Saturday's loss at Wake Forest he became the first Tiger with over 30 completions in a game since 2008.

Opponents seem to be sleeping on that arm.

"Everyone always likes to talk about my feet. I don't know why but that's what they always talk about," said the Towson quarterback. "I mean, my whole college career people have always said that my feet are athletic. But no one's ever really talked about my throwing."

"He's shown the world that he's a passer and he's not just an athlete who can throw," said Towson head coach Rob Ambrose. "He's a passer. You don't have those kind of stats without being a true passer. That's something that people just weren't prepared for."

Now that he's down the road from his brother, Tom gets to pick Joe's brain a bit more after games.

"We're just fans of each other, really. He'll see what he can see out there. I'll talk and have a conversation [with] him, what he sees," said Flacco.

Next up for Tom and the Tigers is a visit to Villanova, as conference season begins. They will be tested right out of the gates in the Colonial Athletic Association. 2-0 Nova is ranked 10th in the national FCS Polls.

"It's a conference opponent. We know these games really, really matter," said Towson linebacker Diondre Wallace. "We're excited to go against a team that beat us the last two years. We feel like we have something to prove. We have a chip on our shoulder."