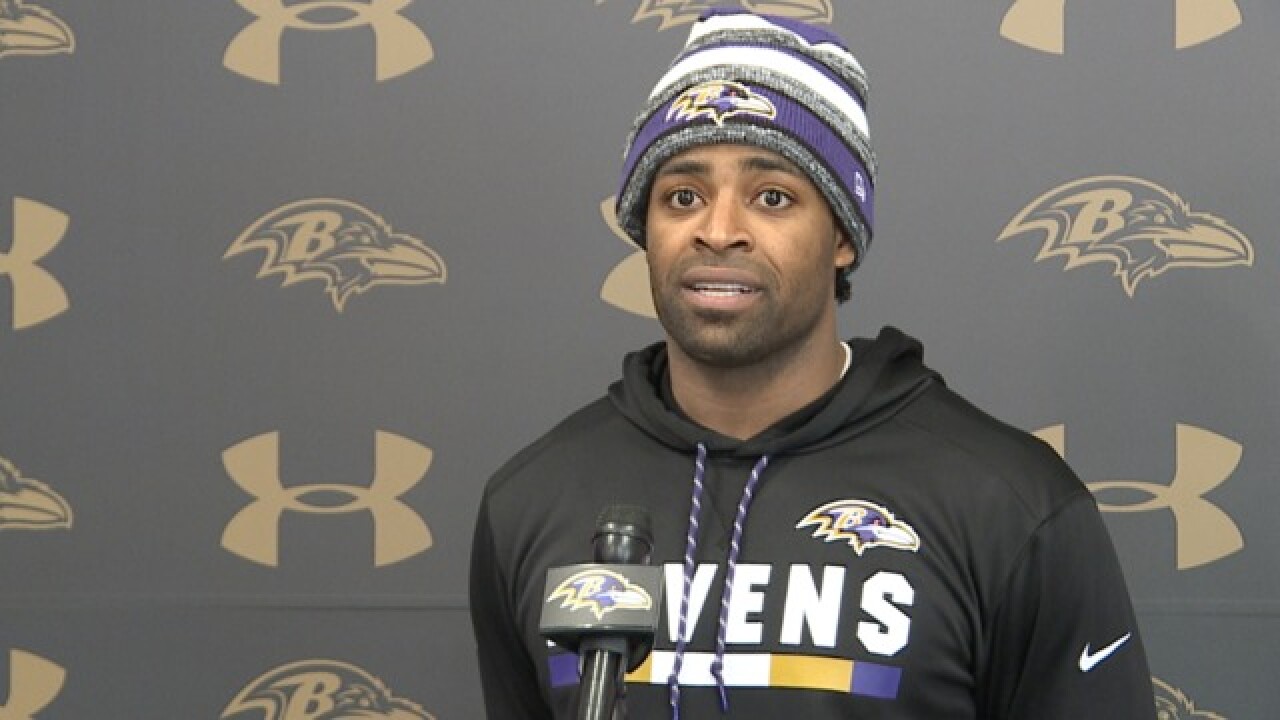 The Ravens are back to work.

Players have returned to the team facility for the start of voluntary offseason workouts. Phase one is underway and is limited to two weeks of strength and conditioning.

“I spent a lot of this offseason working around that, working on that and doing a lot of big things with that and I feel great about how it went and where I am at this point,” said the quarterback.

Flacco was greeted by some new weapons upon his arrival at workouts. Among them is veteran free agent addition, wide receiver Michael Crabtree.

“The physicality that he brings, his route running too, just how much strength he runs them with. He seems to be able to do a lot of those things,” said Flacco about Crabtree. “You can tell just by throwing with him a couple times, he’s smooth.”

“I would say the same thing, smooth. A lot of finesse. That deep ball, I haven’t seen nothing like that,” said Crabtree.

Crabtree might not be the only big name wideout added to the Ravens roster. The franchise is reportedly interested in Dez Bryant after he was cut by the Cowboys last week. Eric Weddle said he’s reached out to Bryant.

“Dez is an amazing player. Passionate, competitive, everything you want in a teammate,” said Weddle. “If we got a shot at him we’ll see what happens.”

What about the addition of another quarterback?  The NFL Draft is a little over a week away. The Ravens front office has been vocal that they’re not opposed to selecting a QB in the high rounds.

Flacco has heard the speculation.

“It is what it is. It’s a business and eventually, at some point, that’s going to have to happen,” he said. “It’s not really for me to worry about. I come in here and you worry about what’s here and now.”

The first round of the draft is next Thursday.