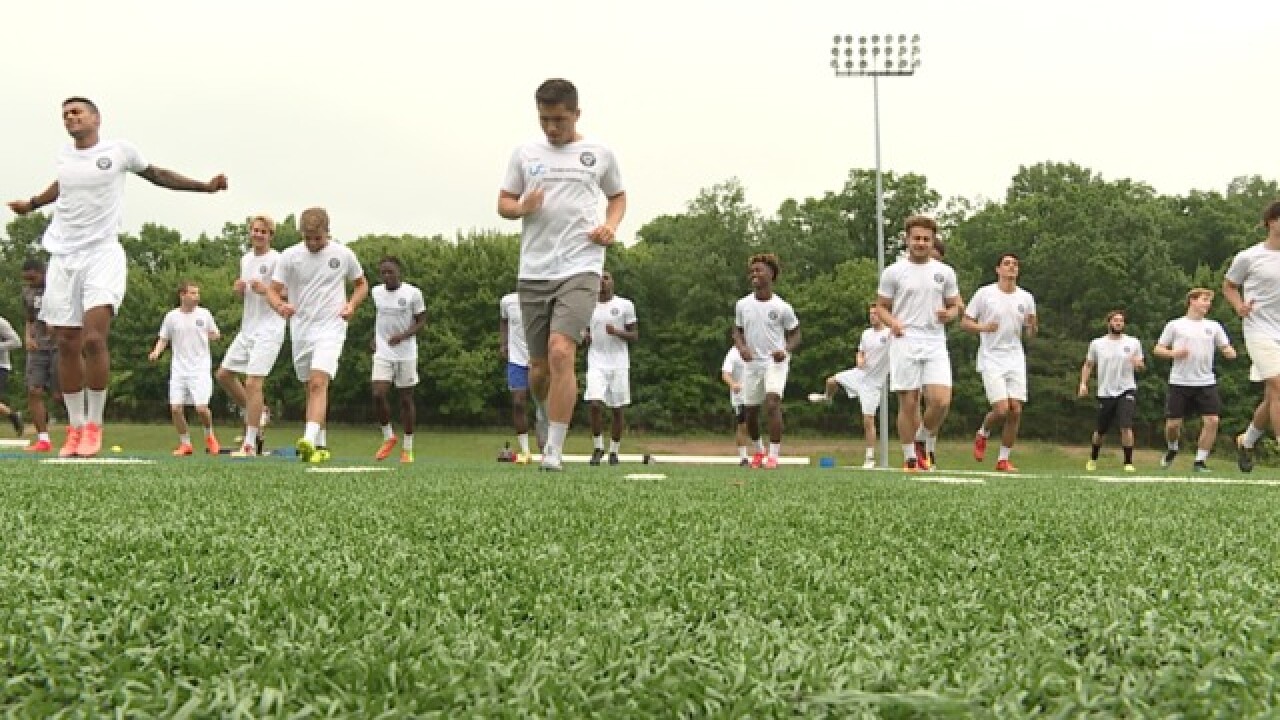 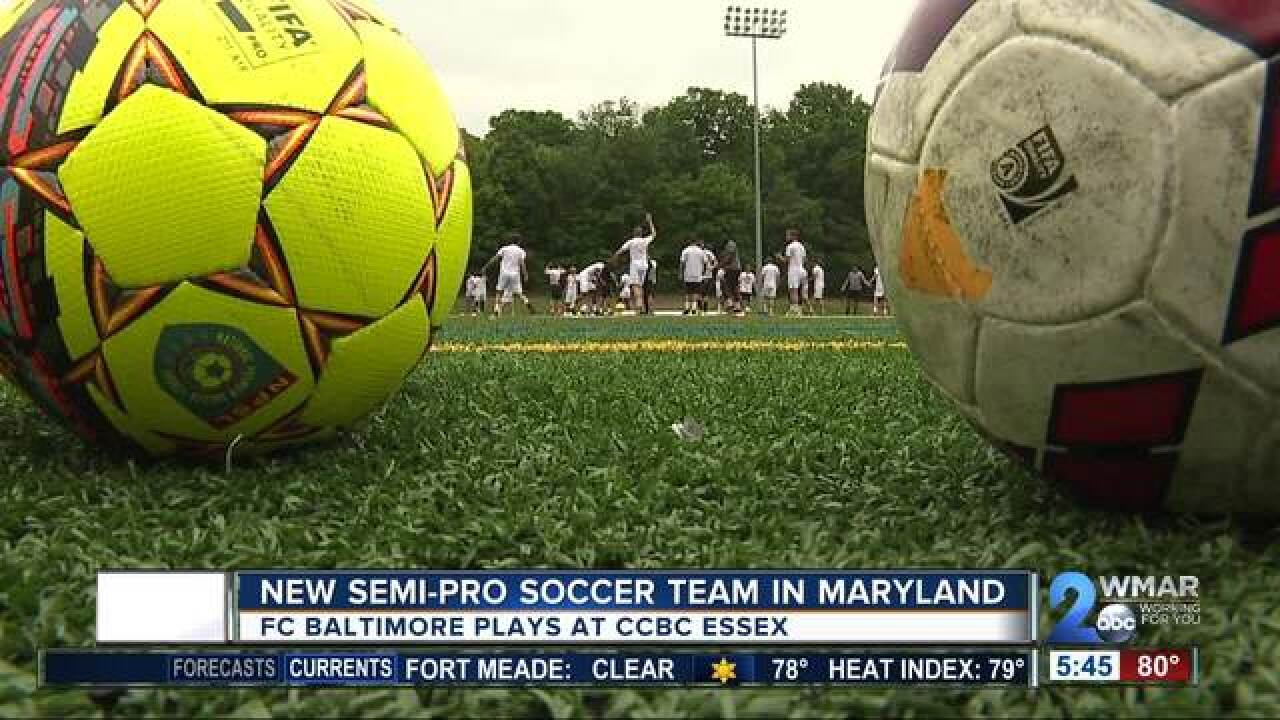 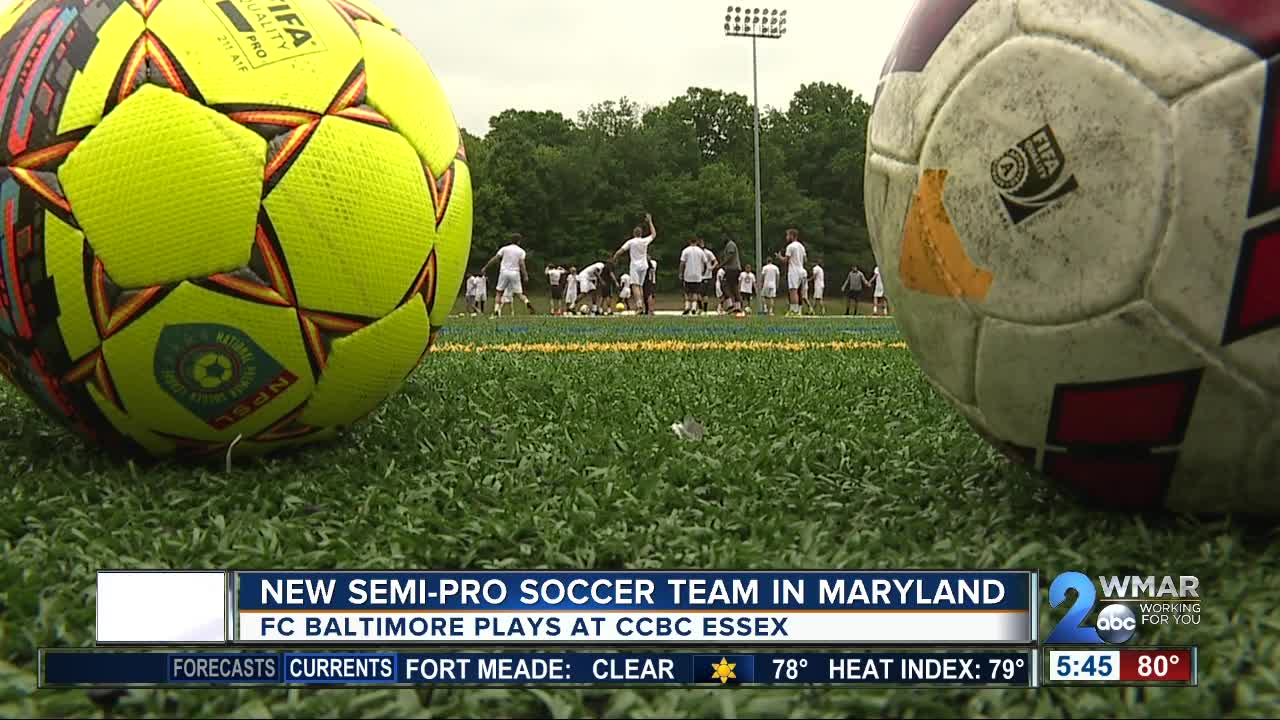 They're a group comprised mostly of local talent.

Some college guys home for the summer.

Some post grads looking to continue their soccer careers.

All with one goal: score many of them for the area's newest semi-pro soccer team, FC Baltimore.

"It's a first year club but a club that's off to a good start in the league and a club that I think has a long future in the city," said Head Coach Brandon Quaranta.

FC Baltimore plays in the Mid-Atlantic Conference of the National Premier Soccer League.  They play their home games at the Community College of Baltimore County's Essex campus. The who's who of Baltimore area all-stars  was assembled by Quaranta, who also coaches at McDonogh.

"Baltimore is obviously renowned for its soccer and has been that way for a long time," he said. "I wanted to put together a roster that was reflective of that."

"A lot of these guys I've known since I was 12 or 13," said FC Baltimore's Cale Thorne, who is also a Towson native. "I've been playing with them since then. Gone through a lot personally with them."

"The culture we can bring here will be very good for this entire area," added FC Baltimore's Joshua Fawole, who is Columbia native. "I knew a lot of the boys from previous club soccer. So, for us to pick it up and put on for our city I think will be a very good thing."

"It's really fun. The team is really good. Most of these kids are very driven. They want to try to push to be a pro. So, that sort of mentality is always fun to be around," he said.

So far FCB has only played one league game, beating a Virginia Beach team that was undefeated last year 5-2.

FC Baltimore's next game is Wednesday, on the road, against DC United's U-23 team.  It's next home game is Saturday, at CCBC Essex, against Legacy '76 (Williamsburg, Va.).