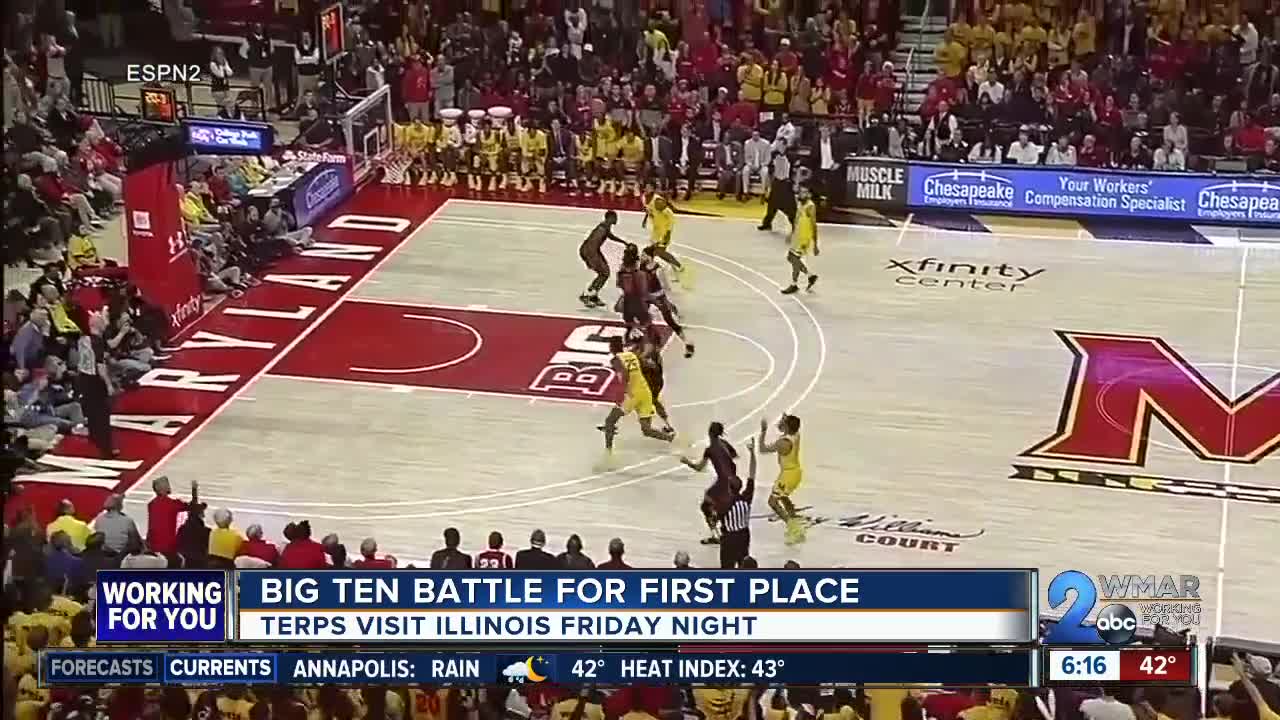 No. 9 Maryland visits No. 20 Illinois. Both teams are tied atop the conference standings with 8-3 records.

“We always have good games with them. Expect another great game with them,” said Turgeon.

The Terps are looking to sweep the Illini after beating them 59-58 back in December in the Big Ten opener. Maryland brings a five-game win streak into the match-up.

“Really the difference is - it’s real simple - we are turning the ball over less and we’re making like two more shots a game,” said Turgeon.

Nobody is playing better in the Big Ten right now than Terps big man, Baltimore’s own Jalen Smith.

Over his last five games ‘Stix’ is averaging 20.3 points, 11.7 rebounds and 3.0 blocks per game. Thursday he was named as one of ten national candidates for the 2020 Karl Malone Power Forward of the Year Award.

Maryland tips off in Champaign against Illinois Friday at 8:00 p.m.