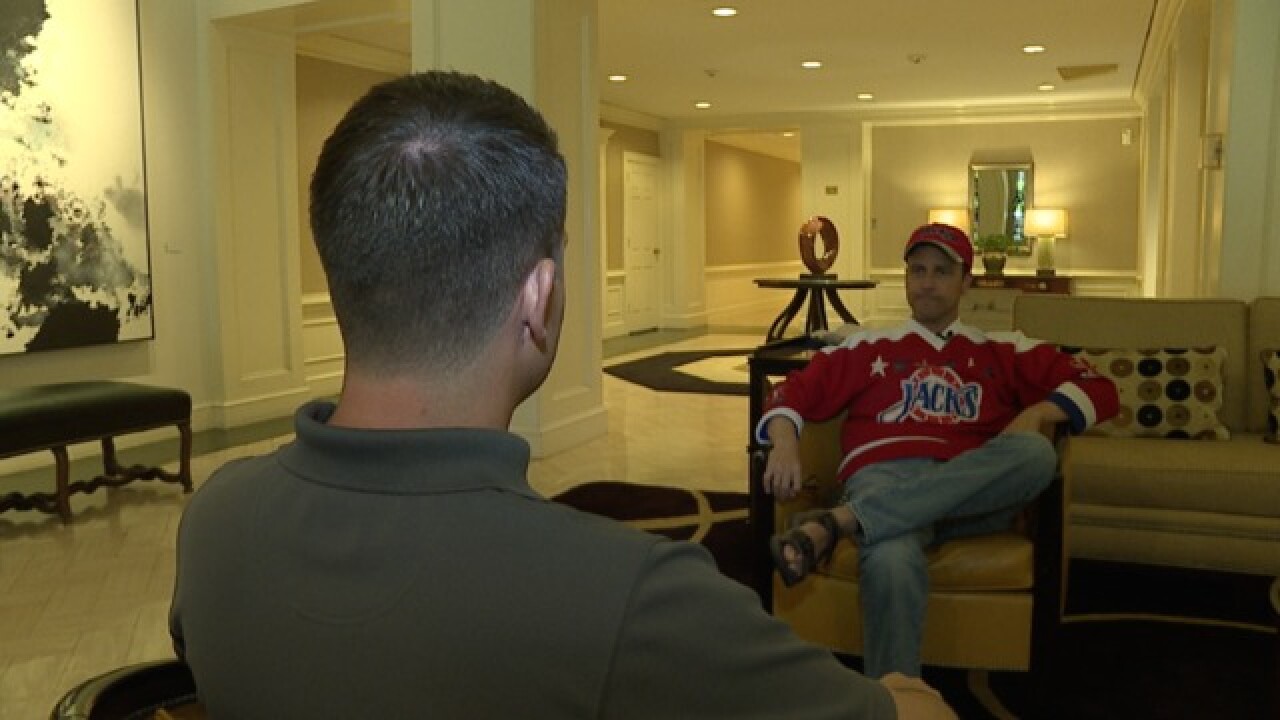 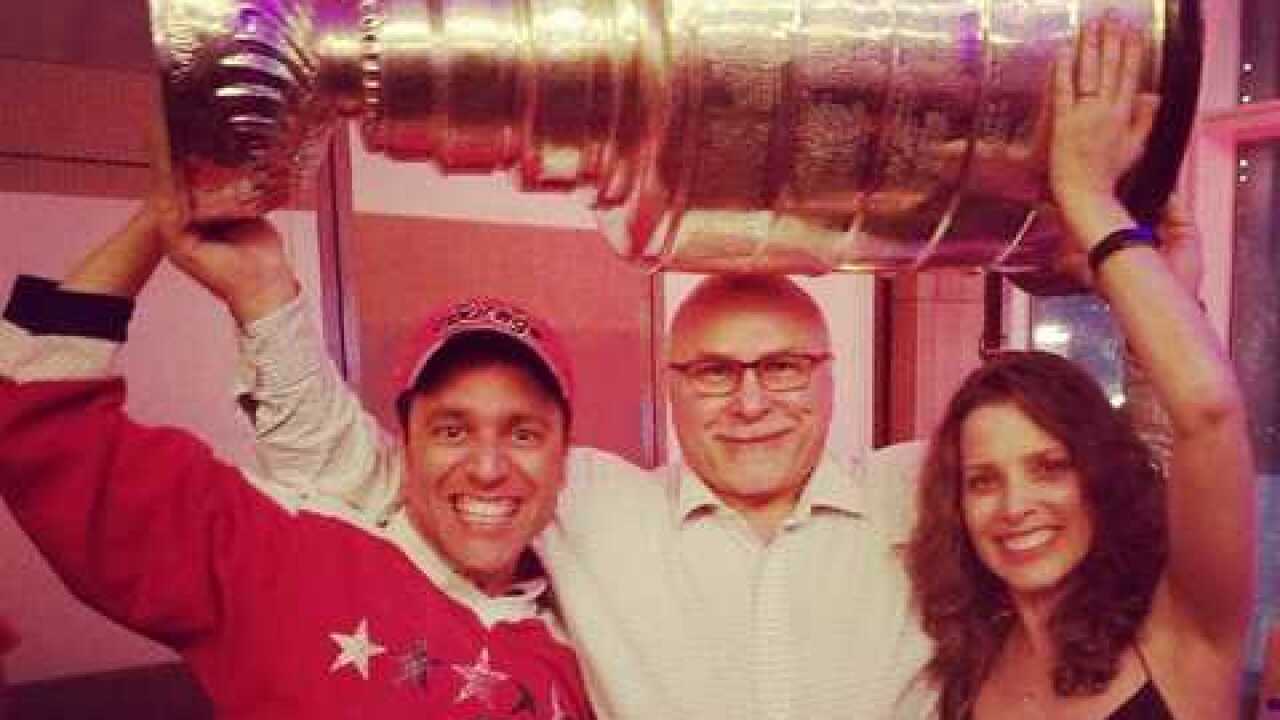 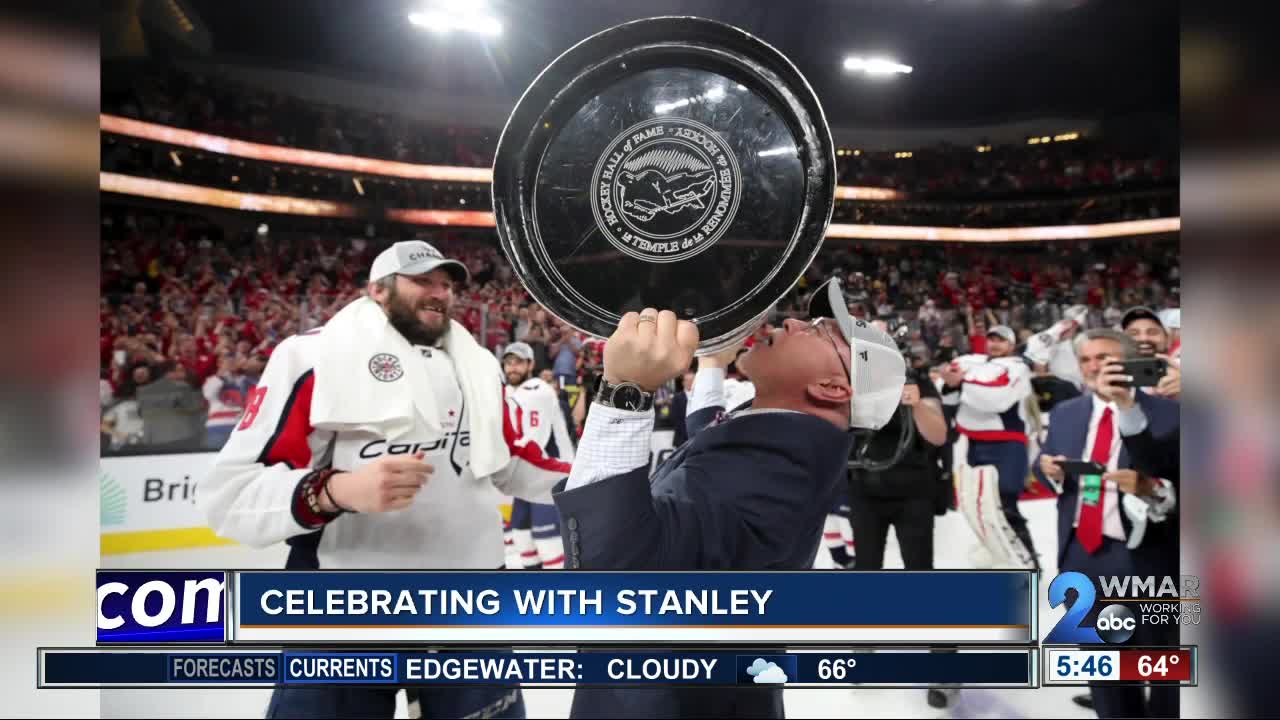 The Capitals' first Stanley Cup Championship has been 44 years in the making.

Nestor Aparicio, 49, has been a Caps fan or covering hockey in Baltimore during that entire time.

"It's just so surreal. I probably could get really emotional talking about it because it's the first time I've really talked about it. It had a pinch me quality," said the WNST radio owner and host.

Aparicio grew up in Dundalk loving the game. He was the Baltimore Evening Sun newspaper beat writer for Baltimore's minor league team, the Skipjacks, in the early 1990's when current Capitals Head Coach Barry Trotz was the Jacks' bench boss.

"Barry Trotz was the last coach of the Baltimore Skipjacks and this was their jersey from their last year in 1992 and that's how I know Barry," said Aparicio.

He's been close with Trotz ever since and had a front row seat for the Caps' historic win and the celebration that followed off the ice.

"Ovechkin brought the Cup over and the Cup sat there for an hour. No one had the nerve to move the Cup once it was sat down," he said. "The Cup sat right next to me.  At one point I lean back and I was just touching the Cup. It just sat there the whole time. It's still very, very surreal."

It's a night he's still trying to process.

"I'm still very much in the 'did that really happen' moment."

As Lord Stanley makes his way around North America and the world this summer, Aparicio said Trotz is ready to take it for a stroll up the B-W Parkway.

"He'll be bringing the Stanley Cup to Baltimore, and I don't know when that's going to happen, but I may jump in a fountain or something. Who knows?"

When that happens Baltimore area Caps fans will still be jumping for joy.