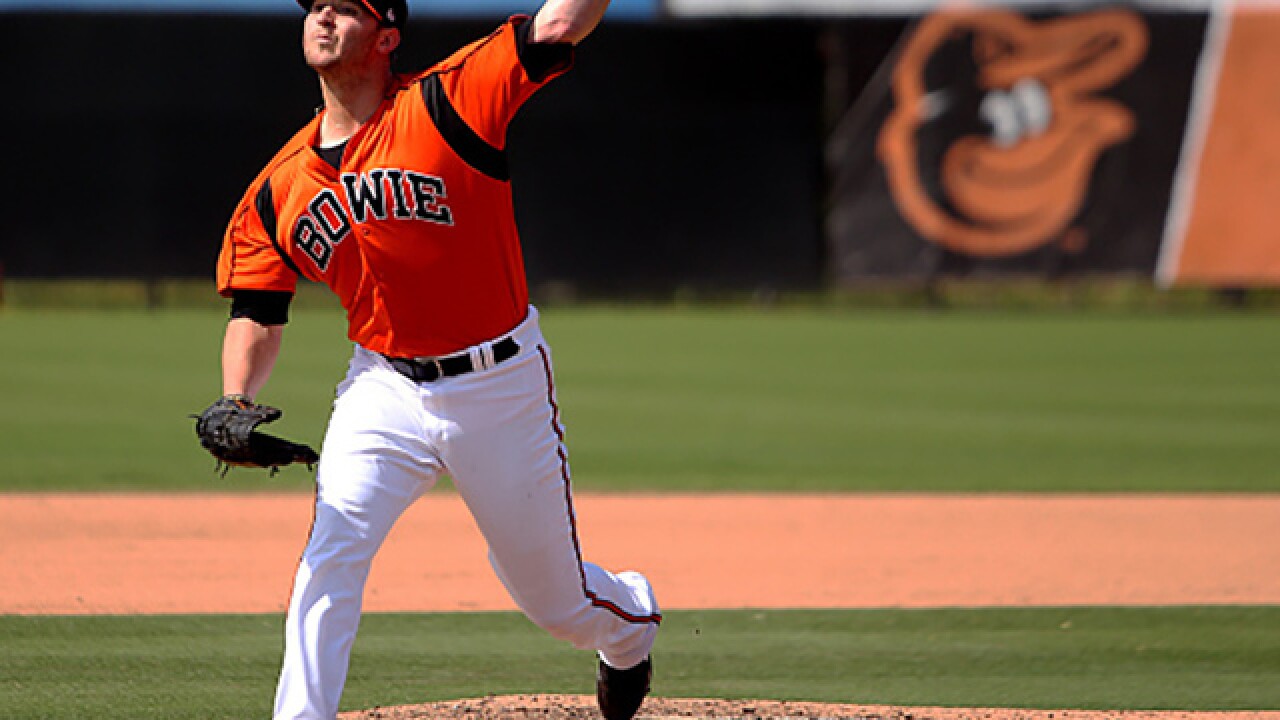 Copyright 2018 Scripps Media, Inc. All rights reserved. This material may not be published, broadcast, rewritten, or redistributed.
Icon Sportswire
<p>BOWIE, MD - APRIL 30: Bowie Baysox pitcher Zach Britton (49) in action during a match between the Akron RubberDucks and the Bowie Baysox on April 30, 2017, at Prince George's Stadium in Bowie, MD. (Photo by Daniel Kucin Jr./Icon Sportswire via Getty Images)</p>

The Bowie Baysox have pledged to give 50 percent of ticket proceeds from their July 19 game against the Erie Seawolves to two funds that support and honor the victims and families affected by the Capital Gazette shooting, the team announced Friday.

The Class AA Minor League affiliate of the Baltimore Orioles well be donating the funds to the Capital Gazette Families Fund and the Capital Gazette Memorial Scholarship Fund. Half of the revenue from tickets sold between 9 a.m. Friday and 11:59 p.m. Wednesday, July 18 will go to the charities. Tickets start at $8 and all online ticket fees will be waived. Parking for the game is free.

The team honored the victims in a statement, sharing their connection to the paper:

“The Annapolis Capital and its affiliate papers--including the Bowie Blade-News and West County Gazette--have been such important partners to the Baysox since our first game in 1993,” said Baysox General Manager Brian Shallcross. “Over the many years of working together, we have come to know many great people at the Capital Gazette family who have put their heart and soul into their craft.  We are saddened at the tragic loss of our good friend John McNamara and colleagues Gerald Fischman, Robert Hiaasen, Wendi Winters and Rebecca Smith.

“The Baysox wanted to provide a forum for our fans to be able to contribute to their memories and celebrate the lives and legacies of those lost in the tragic events of June 28, and we hope that these efforts at our home game on July 19 will bring those in our community together to do just that.”

There will be tributes to those who passed in the shooting tragedy during the game, as well as a silent auction of autographed items from Baysox and Orioles players, with all of the proceeds generated going towards the two funds as well.

Bowie's opponent for the game, the Seawolves, are the Class AA Minor League affiliate of the Detroit Tigers.