Zach Britton back in Baltimore with Yankees 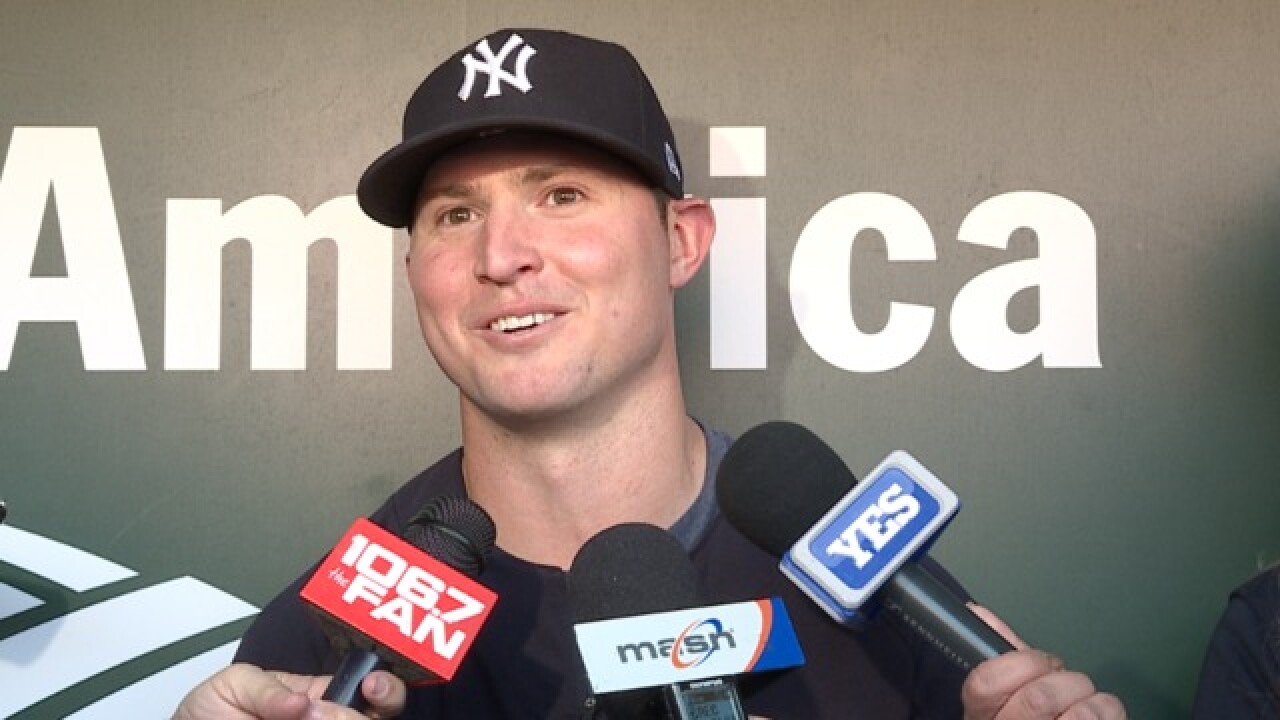 Copyright 2018 Scripps Media, Inc. All rights reserved. This material may not be published, broadcast, rewritten, or redistributed.
<p>Zach Britton with Yankees</p>

Britton is back at the Baltimore ballpark.

The Yankees reliever is making his first trip to Camden Yards since being traded by the Orioles to New York on July 25.

“I have a lot of great memories here. So I’m just excited to be back and compete here again,” he said sitting in the visitor’s dugout. “It’s going to be a little different pitching in a Yankee uniform here but I’m looking forward to it.”

For over seven seasons the two-time all-star starred for the Birds. He was part of the O’s revival. As a closer he was lights out.  But with his contract expiring at the end of the year and the Orioles at the bottom of the standings it was time for Britton to pack his bags.

“I remember the first time I came here, made my first major league start. Playoff games here, closing games here, just a lot of different memories. So, it’s good to be back,” he added.

So if he trots out to the mound, how does he think the fans will respond?

“They’ve been great to me. So, I’m sure it’s going to be nice,” he said. “But they obviously don’t like the Yankees either. So, it’s going to be a mixture of some boos and some cheers I think.”

As for Britton’s former teammates, they’re hoping they don’t have to face him. But if they do, they say it’s going to be bizarre.

“We got to see him a little bit in New York, in the pinstripes. But, to be at Camden Yards in a different uniform is definitely odd,” said Orioles catcher Caleb Joseph.

“Definitely seeing him on the mound in Camden Yards in a color than orange is going to be strange,” said Orioles pitcher Mike Wright.

Britton has yet to record a save with the Yankees. O’s fans hope his first doesn’t come over the weekend.