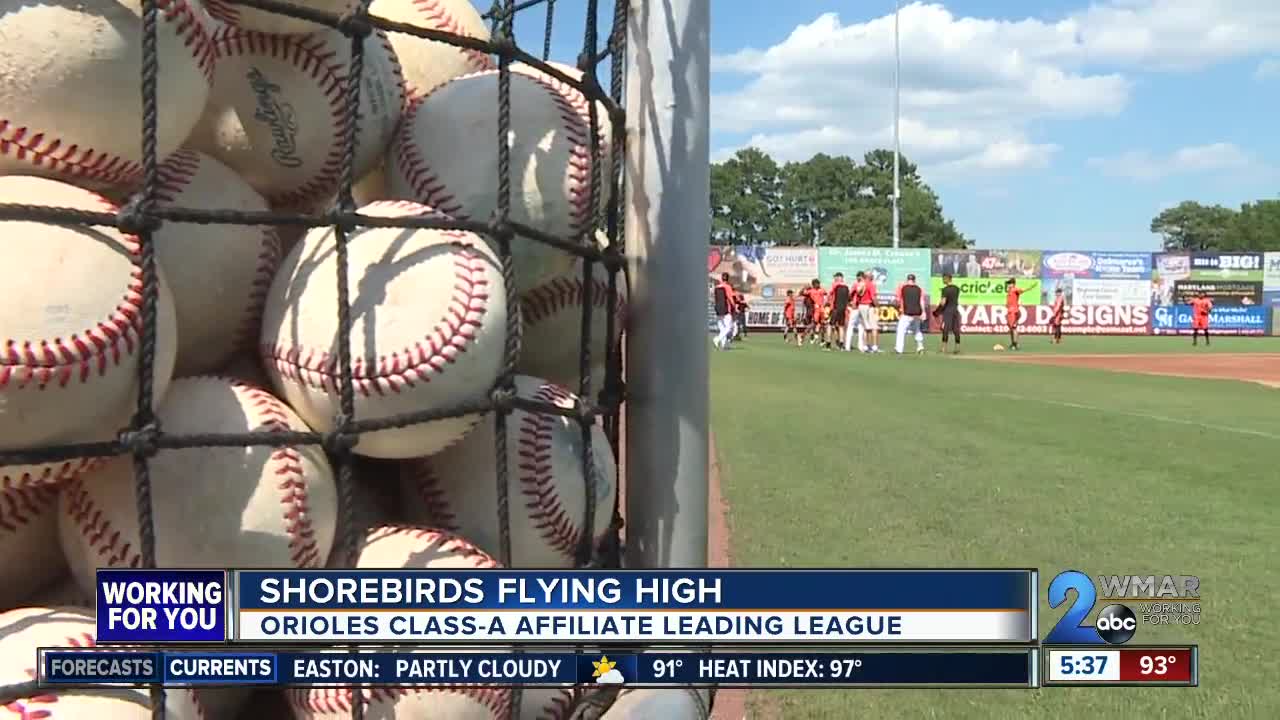 They are the most successful minor league team in the Orioles organization this year. The Class Low-A Delmarva Shorebirds.

SALISBURY, Md. — They are the most successful minor league team in the Orioles organization this year.

They’ve already made the playoffs as first half champions of the South Atlantic League’s Northern Division. They’re leading the Sally league with an overall record of 65-28.

“That clubhouse is incredible,” said Shorebirds Manager Kyle Moore. “Mix that with a little bit of talent, and you get something like this season.”

“It’s almost like a college team,” added Shorebirds outfielder Robert Neustrom. “Everyone comes to the field and is ready to work every day.”

Leading the way is the pitching. The ace of the staff is 19-year-old Rodriguez. He’s the Orioles’ 2018 first-round pick and No.1 prospect in their farm system.

“It’s been fun. This is my first full season of professional baseball, and so far it’s been great,” he said.

“He’s an animal on the mound,” said Neustrom. “He’s really mature. When he’s pitching I don’t get much action out there. You can honestly say in the outfield it’s almost like a day off.”

He was part of the Futures Game during All-Star Weekend in Cleveland and pitched a scoreless inning.

With the O’s rebuilding, it’s all about the young prospects. In this organization he may be on a fast track to the Majors.

“It may be easier, but making it to the big leagues is hard no matter what,” he said. “There’s lots of great prospects, so you’re all competing against one another. You’re all working for a spot.”

Some new faces could soon be working with him in Salisbury.

With the Major League trade deadline fast approaching on July 31, the Shorebirds could actually be getting even more talent as the Orioles are expected to sell off big league assets for prospects to help foster the rebuild.

“We could get better, which is kind of scary to say. It would be awesome to see a real powerhouse minor league organization,” said Moore.