O's and MLB to honor Negro Leagues on Sunday 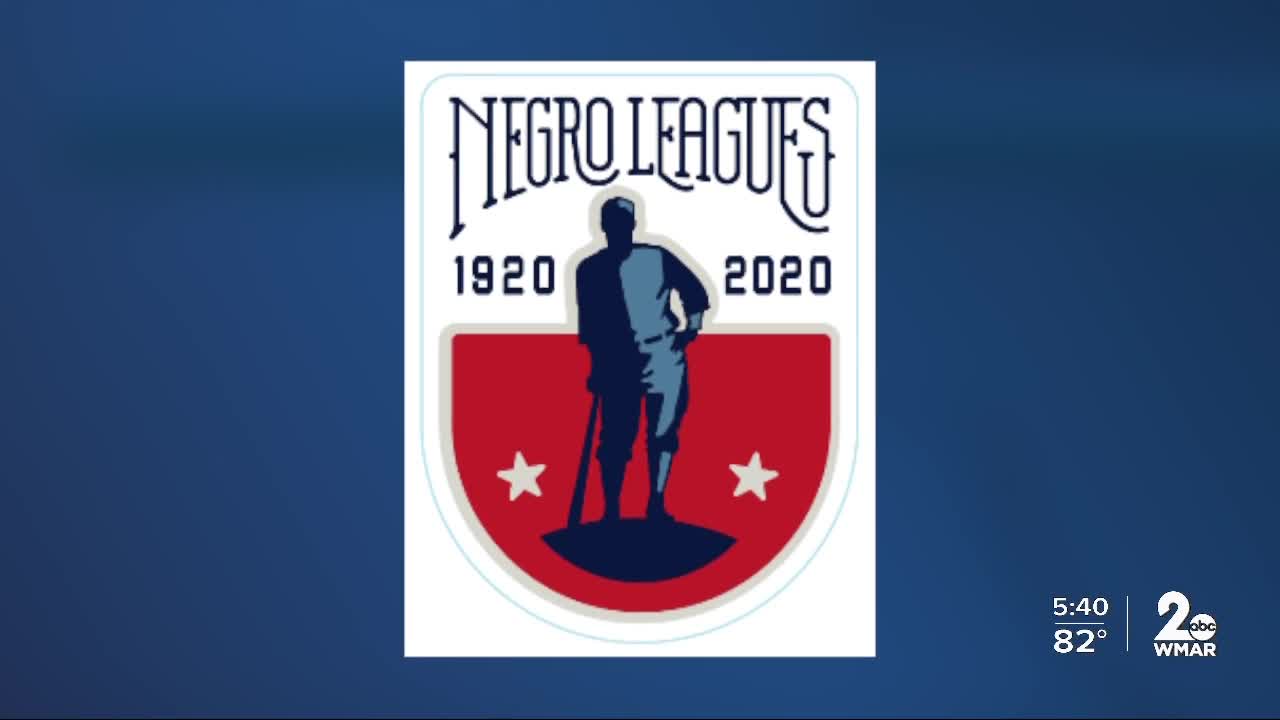 "Without them we probably wouldn’t have this opportunity today," he said.

'Them' are the players who comprised the Negro Leagues, which were founded 100 years ago. The O’s and teams all around Major League Baseball will celebrate the centennial anniversary on Sunday, honoring and remembering all of those great baseball players who played before baseball's integration.

"It’s everything," said Smith, Jr. "The Negro Leagues is the reason why me and many other African Americans get to play this great game of baseball."

Among other commemorations, players will wear a patch on their jerseys. And expect some throwback style adjustments.

"It’s about survival. What they endured back in the day. What they had to go through," said Ray Banks about why the 100th anniversary is special.

Banks is the co-founder of the Hubert V. Simmons Museum of Negro Leagues Baseball. The museum is located in the Owings Mills branch of the Baltimore County Public Library.

Before the O’s host the Nationals on Sunday afternoon, Banks will throw out the virtual first pitch. He’ll toss it for the players of the Negro Leagues and also his son, Ray Jr., who passed away in January.

"The first pitch has a lot of symbolic meaning to me," said Banks. "I’m really throwing that first pitch out also in his memory."

Keeping decades of memories and history alive at the ballpark.

MORE OF THE ORIOLES' PLANS TO CELEBRATE THE 100TH ANNIVERSARY OF THE NEGRO LEAGUES:
(Orioles Press Release)

The Orioles will begin their celebration with an extended interview between Negro Leagues Baseball Museum President BOB KENDRICK and Orioles broadcaster ROB LONG, as the pair discuss the historical significance of the Negro Leagues to the game of baseball and the Baltimore community. The 22-minute conversation will premiere on the Orioles YouTube channel and air on MASN at 12:00 p.m. ET.

Additionally, the Orioles will connect the legacy of the Negro Leagues with present-day organizations that serve our communities by honoring James Mosher Baseball President WILLIAM NEAL and coach WALT DOUGLASS with the Birdland Community Heroes award. Founded in 1960 by the James Mosher Associates, James Mosher Baseball is believed to be the oldest continuously operating African American youth baseball league in the country, located in Baltimore, Md. The league has over 50 adult volunteers who serve boys and girls ages 4 through 18 throughout the Baltimore area. James Mosher Baseball and Softball programs participate in the Orioles Reviving Baseball in Inner Cities (RBI) program. Orioles RBI is a Baltimore City youth baseball and softball league, presented locally by T. Rowe Price, designed to promote interest in baseball and softball, increase the self-esteem of children, and encourage kids to stay in school and stay off the streets. In recognition of William and Walt, the Orioles Charitable Foundation will donate $2,500 to James Mosher Baseball.

The team will also honor the Negro Leagues and their celebrated history in a variety of ways during Sunday’s game against the Washington Nationals at Oriole Park beginning at 1:05 p.m.

RAY BANKS, co-founder of The Hubert V. Simmons Museum of Negro Leagues Baseball will throw out the virtual first pitch, which will air on O’s Xtra on MASN prior to Sunday’s game. The museum, located in the Owings Mills Branch of the Baltimore County Public Library, was founded in 2009 by Banks and former Negro Leagues player Hubert V. "Bert" Simmons. The museum administers projects designed to educate, advocate, and generate widespread interest surrounding the Negro Leagues, and create an awareness of the Leagues’ cultural, social, and economical impact.

Also airing on O’s Xtra on MASN prior to Sunday’s game will be a pre-recorded virtual discussion via Zoom between Ray Banks, Advisory Board Member of the Hubert V. Simmons Museum of Negro Leagues Baseball DR. ROBERT HIERONIMUS, and Orioles outfielder DWIGHT SMITH, JR. The panel discussion was hosted by the Orioles Community Development department on Wednesday, August 12, and focused on the history of the Negro Leagues. Questions for the speakers were provided by students and players from the Boys & Girls Club of Metropolitan Baltimore and James Mosher Baseball and Softball.

MASN and Orioles Radio Network announcers will wear Baltimore Elite Giants caps during Sunday’s broadcasts, tipping their caps to honor the anniversary. The Elite Giants were one of two Negro Leagues teams to play for the city of Baltimore, calling the city home for 13 seasons from 1938-1950. Throughout the entire season, Major League players, coaches, broadcasters, and several celebrities have participated in the Negro Leagues Baseball Museum’s Tip Your Cap gesture in commemoration of the 100th anniversary with the goal to inspire hope, open minds, an encourage unity.

As part of the league-wide celebration, players, coaches, umpires, and other on-field personnel will wear a symbolic Negro Leagues 100th anniversary logo patch on the left chest of their on-field uniforms during the game. The logo, a derivation of the official logo created by the Negro Leagues Baseball Museum, will also be featured on the base jewels and lineup cards.

National Baseball Hall of Famer and Orioles Legend EDDIE MURRAY will call into the MASN broadcast during the fourth inning of Sunday’s game to discuss the importance of the Negro Leagues.

To further educate the youth and raise awareness of the Negro Leagues, the Orioles have created a Summer Slugger curriculum called the Baltimore Elites Giants Challenge [summerslugger.com] that focuses on the history of the Negro Leagues in Baltimore. Students who research the Baltimore Elite Giants and submit a short essay on what they have learned will be rewarded with an autographed photo of Dwight Smith, Jr. Summer Slugger is a fun, interactive, online course that uses the game of baseball to help kids ages 8 to 11 maintain their math and literacy skills during the summer months. Major League Baseball and EVERFI have teamed up to create a platform that keeps kids learning while they are out of school and avoid the “summer slide” that contributes to a long-term achievement gap. To register your child for the Summer Slugger and to learn more about the program, please visit SummerSlugger.com/Orioles [summerslugger.com].