Orioles' Sisco: "I think we’ll play. To what extent I’m not sure." 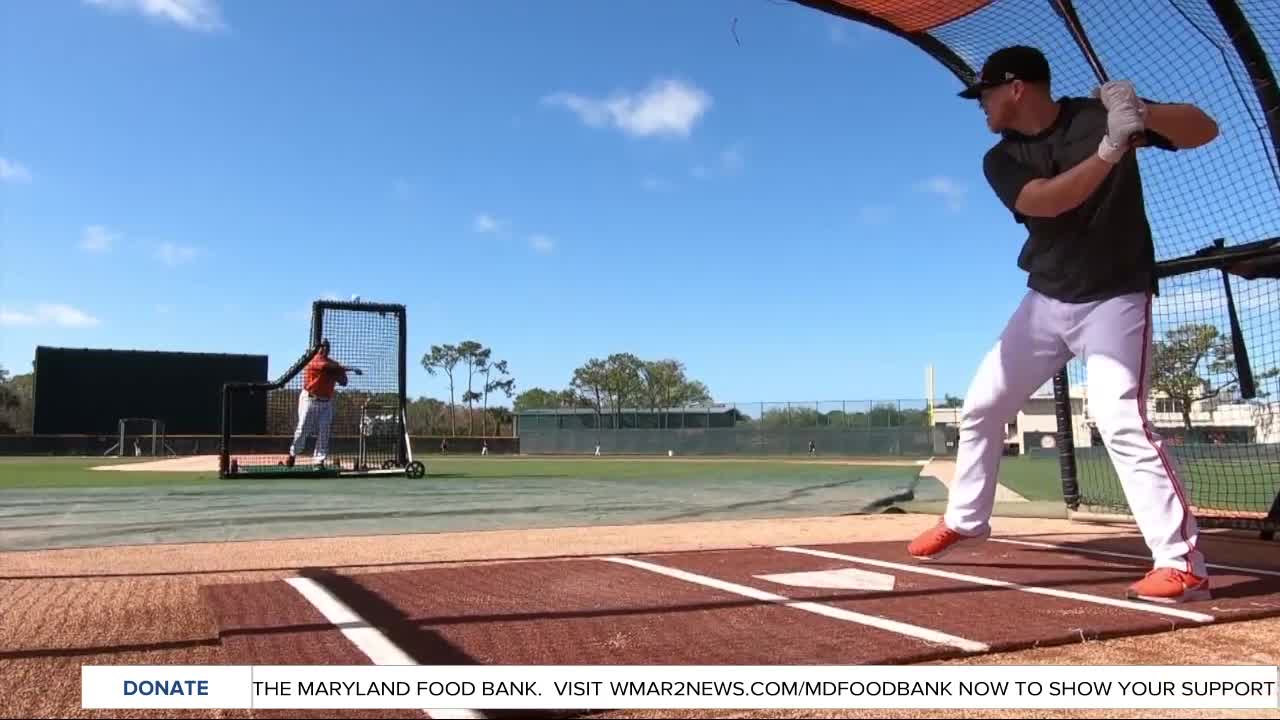 Just like so many others during these times, pro ballplayers are in a daily struggle to stay occupied during quarantine.

BALTIMORE, Md. — Just like so many others during these times, pro ballplayers are in a daily struggle to stay occupied during quarantine.

"Day-by-day trying to figure out things to do to keep busy, doing stuff around the house and take the dogs for a walk and hang out," said Chance Sisco.

Such is life for the Orioles catcher. He spoke to WMAR-2 Sports Reporter Shawn Stepner from his home in Sarasota, Fla.

Sisco said he usually works out during the morning.

"[I've] been able to get my workouts in in the garage and running outside in the street or in the grass on the side yard."

He brushes up on his baseball skills while social distancing, practicing with teammate Rio Ruiz among others.

"There’s a couple guys still here so we’re able to play catch and going down to the local park down the street and hit in the cage there," said Sisco.

As far as a potential season on the horizon, Sisco said he hears the same rumors and speculation fans do.

"I think we’ll play. To what extent I’m not sure. The way it will look like I’m not sure," he said.

Whenever players return they are going to need some type of preseason training, especially pitchers to build up those arms.

How long does he think pitchers need to get ready for the grind of whatever season comes next?

"Obviously in spring training they take three, four, five weeks to build themselves up. But, right now, it’s all going to depend on what they were kind of able to do during this time," he said.

When and if Major League Baseball resumes it must be with everyone’s well-being in mind.

"We just want everyone to be healthy, safe and not do any harm by restarting," said Sisco. "But obviously we want to get restarted as soon as we can."

So we can move that daily struggle to the diamond.