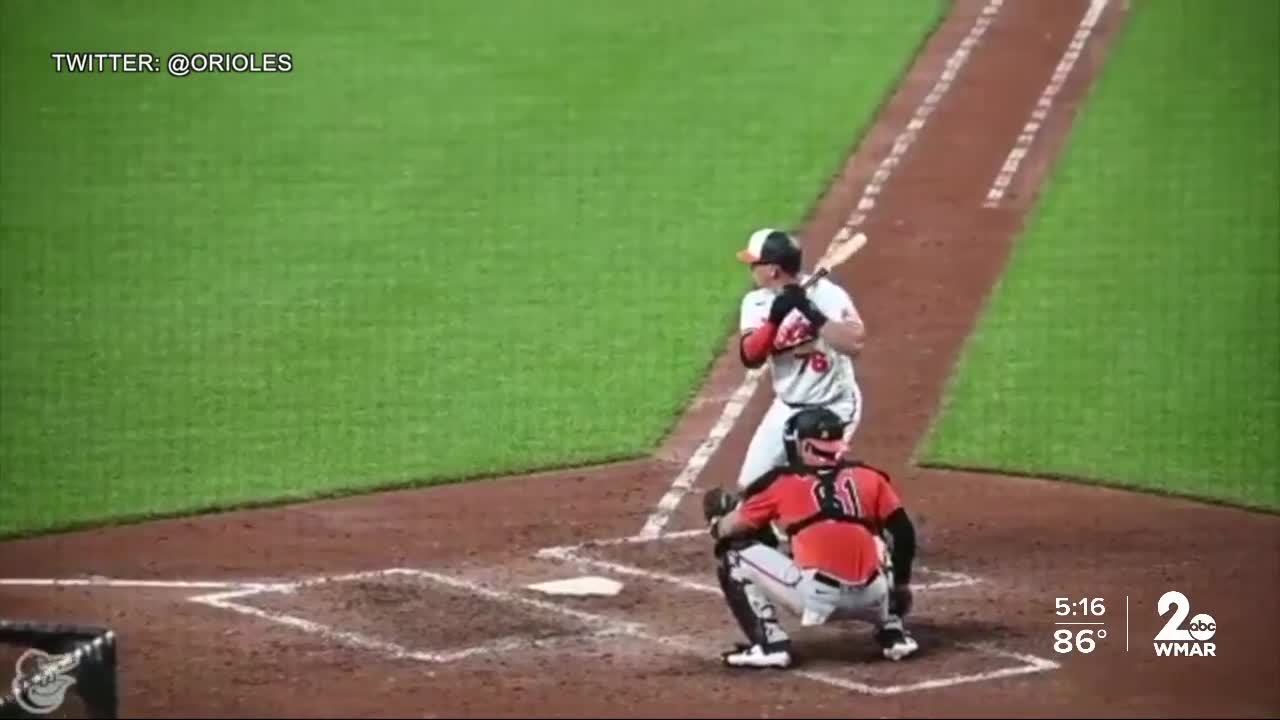 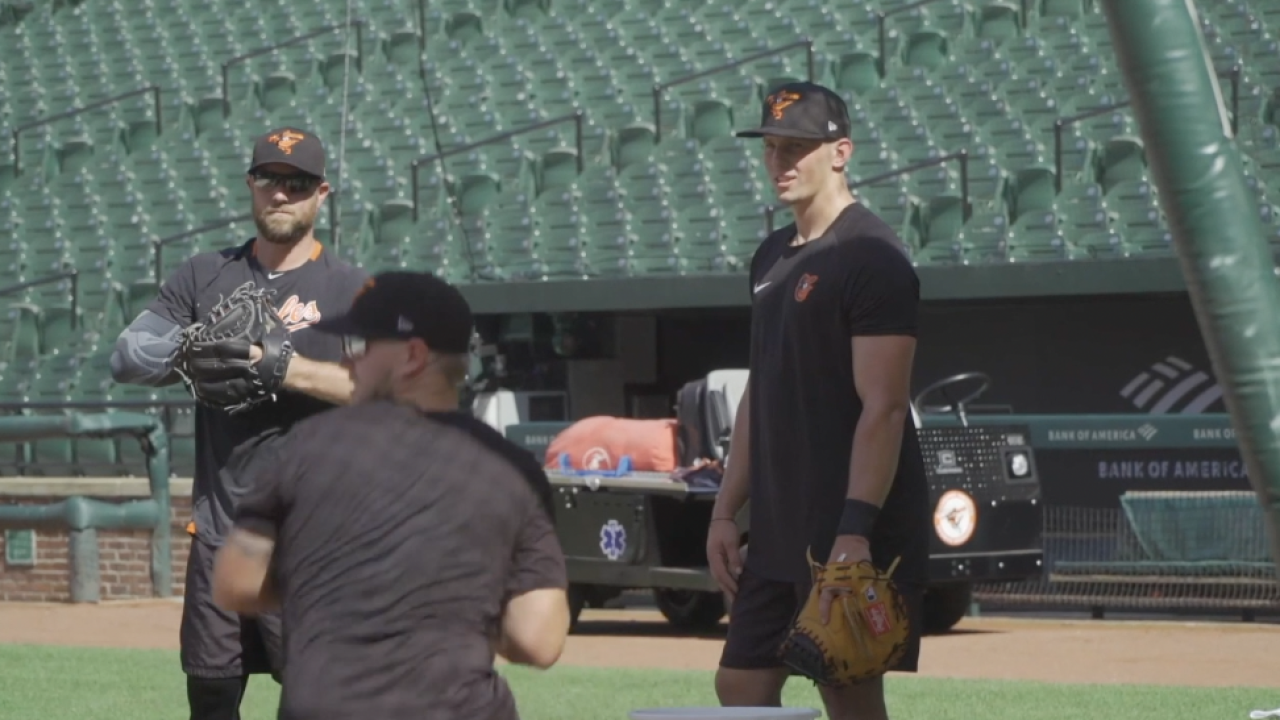 BALTIMORE, Md. — He’s the catcher of the future getting some work in the present.

He’s loving every minute of it.

"Being at Camden Yards, getting to hit on a big league field, there’s definitely adrenaline going on right now," said Adley Rutschman.

The Orioles catcher and top prospect is part of the O's' 60-player pool during this condensed 2020 season. He was the No. 1 overall draft pick just last year.

"Being able to stand in the box, see big league arms and just take it all in for the first time, it’s something you never get back," he said. "Just to have that first feeling it’s unbelievable and it’s just so exciting."

Rutschman is approaching this summer camp and 2020 season trying to soak up all he can.

"It’s a tremendous learning opportunity for me just being able to be with all the coaches," he said. "From a catching standpoint catching big league guys, seeing what they like to do."

Will he eventually be able to catch those big league guys in an actual big league game this summer?

"I have no idea and it’s not really up to me," said Rutschman. "I’m just here to do the best I can and get better every day and whatever comes as a result of that is meant to be."

In other O’s news: Hyde said shortstop Richie Martin and pitcher Ty Blach will both undergo surgeries on Wednesday. Martin's will be for a right wrist injury. Blach will have Tommy John Surgery.