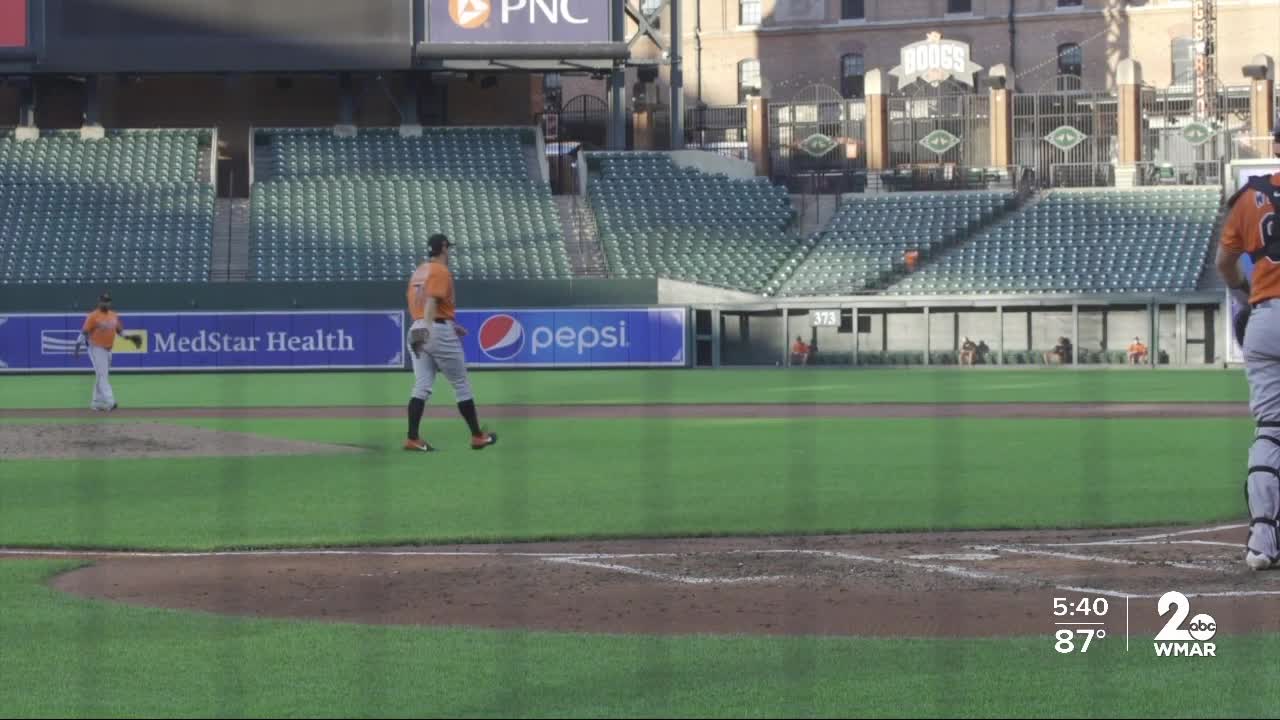 It was the obvious choice and Friday Brandon Hyde made it official. John Means is the Orioles' opening day starter.

BALTIMORE — It was the obvious choice and Friday Brandon Hyde made it official.

"He’s definitely earned it and we’re excited to watch him pitch on the 24th," said the O's manager.

Means, the 27-year-old lefty, was the Birds’ lone all-star during his breakout rookie season of 2019. Hyde told Means he had earned the game one starting nod on Thursday.

"It was good to see his face light up and I know as we get closer to that day it’s going to become really special," said Hyde.

With two weeks until the opener in Boston, Hyde said Means looks like he’s ready to go.

"He’s pretty much right on track. He did a great job of really staying in shape and continuing his throwing when we left Sarasota and he went five innings last night pretty easily and still sitting 93 [mph] there in his fifth inning," said Hyde.

Hyde added that Means will also pitch in one of the three exhibition games before the season, likely the exhibition opener on the July 19 in Philadelphia.

He also revealed that a handful of players joined the O’s in Baltimore Friday. One of them is top prospect, catcher Adley Rutschman.

"We want to see him here and take B.P. and catch some of our starters," said Hyde. "The bottom line is just to get him playing again."

Rutschman was the No. 1 overall draft pick by the O's last year.

The Birds now have 53 players in camp. They have 7 more spots remaining to fill out the 60-man maximum in the player pool.