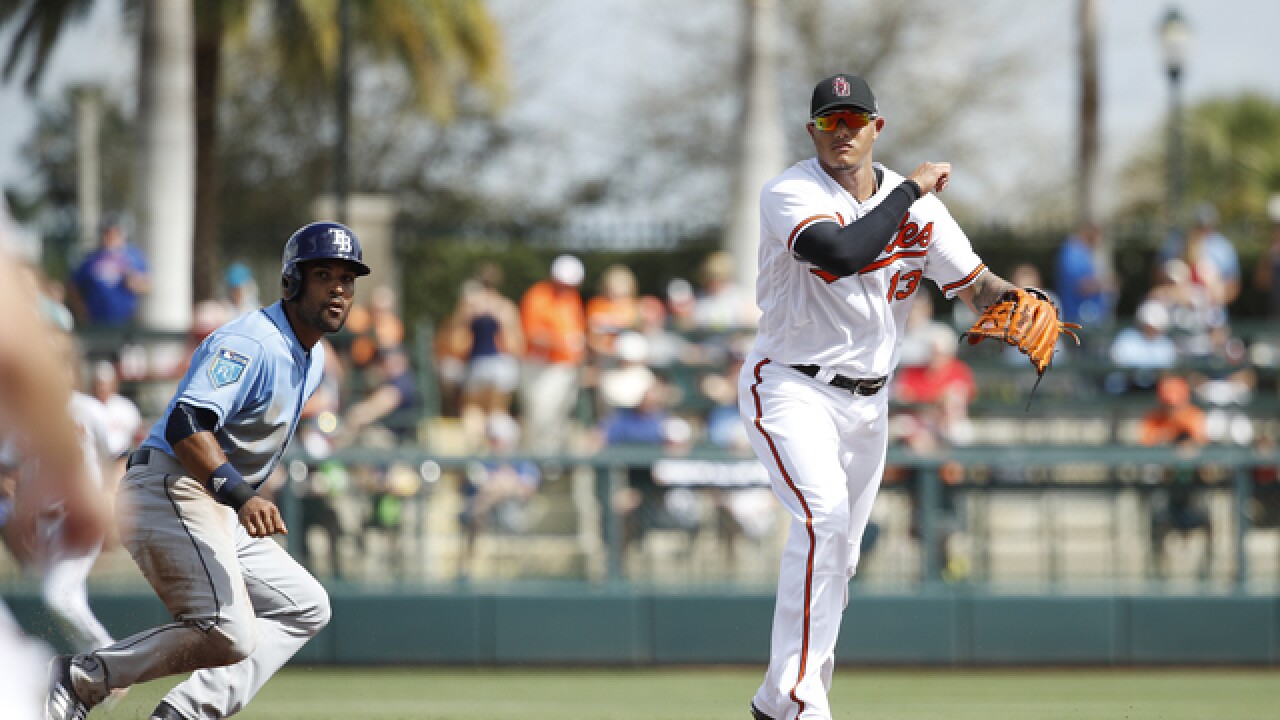 The Baltimore Orioles lost to the Tampa Bay Rays 6-3 Friday in their Grapefruit League opener.

Chance Sisco hit a three-run home run in the ninth inning to supply the O's with their scoring.

Mike Wright started the game for Baltimore. The righty went two innings. He allowed one hit and one run while striking out one batter and walking another.

The Rays were playing with a split-squad lineup.  They scored once in the first and third innings before adding two runs in the seventh and eighth.

Manny Machado started his first game for the Orioles at shortstop since the O's announced he will make the switch from third base to short this season.  Tim Beckham started at third base.

Second baseman Jonathan Schoop was scheduled to play but was scratched before the game due to bursitis in his left elbow. He had the elbow drained and is day-to-day.

The box score from the game can be found here.