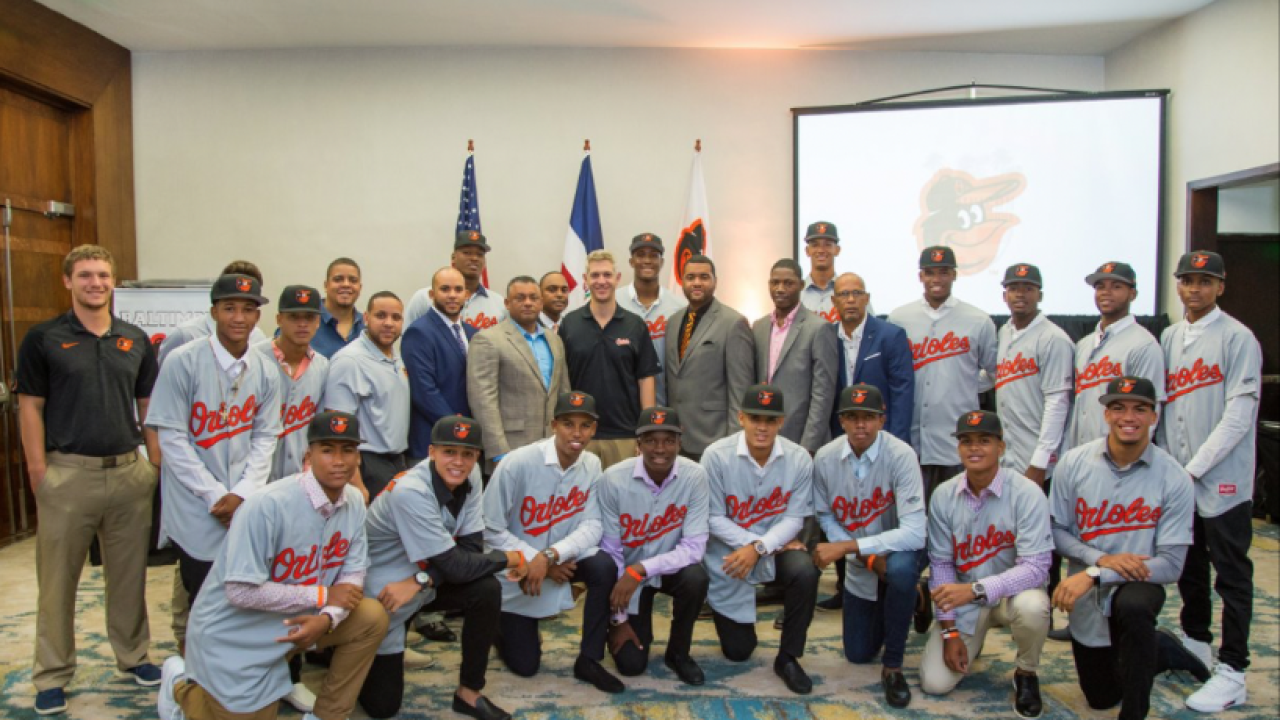 BALTIMORE — The Orioles are back in the international market.

They hope the teenage prospects they inked below will one day be stars on the diamond at Camden Yards:

Of the 27 players, 16 are from the Dominican Republic, eight are from Venezuela, and one each from Aruba, the Bahamas, and Colombia.

“This July 2 is a big day for our franchise,” said Orioles Executive Vice President and General Manager Mike Elias in a statement. “These young players from all parts of Latin America will bolster our burgeoning farm system and jumpstart the continual flow of talent we are building. Today is only the beginning of our efforts, as we will continue to sign more players throughout the 2019-20 signing period. Our International Scouting staff has already begun laying the groundwork for future classes.”

“We are excited about the round of talent we were able to bring in with this first group of signings,” said Orioles Senior Director of International Scouting Koby Perez. “Everyone in the organization hit the ground running after our department was put together, and it’s a testament to their hard work that we were able to sign the quality group of players joining us today. We look forward to continuing to grow the relationships we’ve established in the Dominican Republic and other countries for years to come.”

This indicates a shift in organizational philosophy from new GM Elias and company.

For years the O's had not put an emphasis on signing international players. Instead they chose to develop American players primarily.