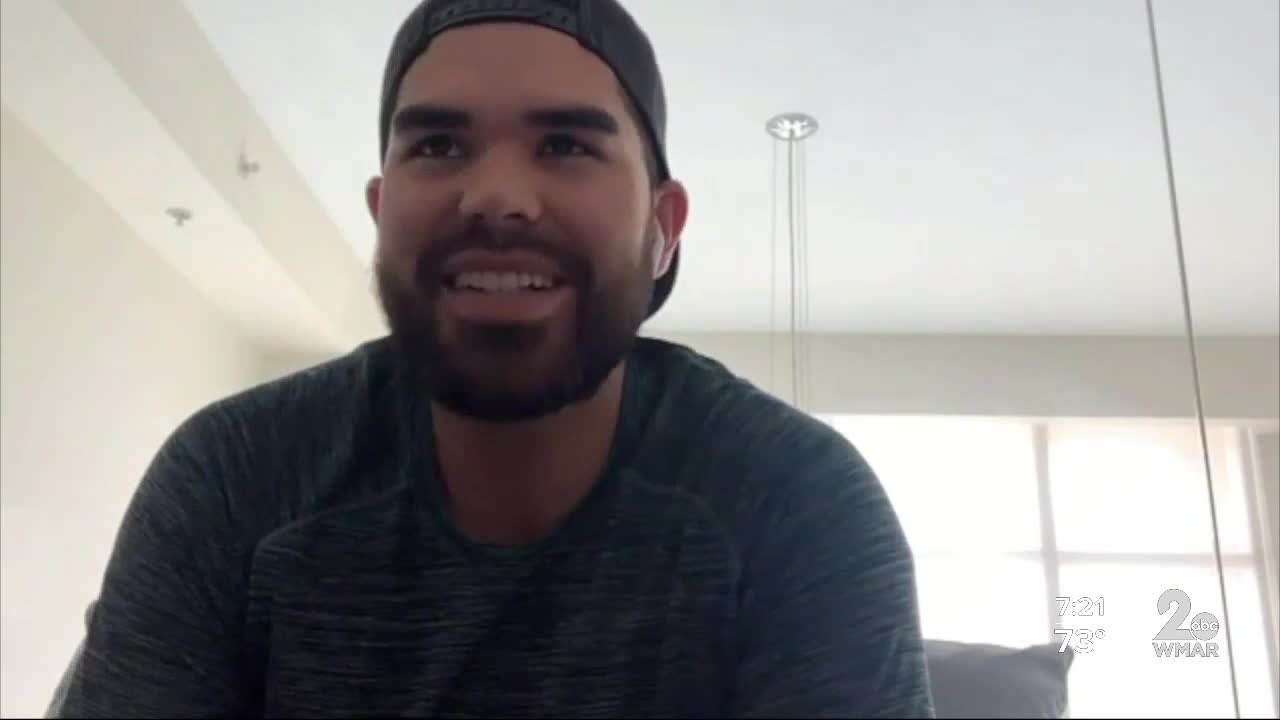 Renato Nunez just celebrated his 26th birthday on Saturday. "Like three friends, they came here to my apartment. It wasn’t more than ten," he said.

"Like three friends, they came here to my apartment. It wasn’t more than ten," he said.

It was a birthday like Nunez has never had before. That's because usually in early April the Orioles designated hitter is busy with the start of a season.

"By this time we’re always playing baseball. It’s really different, of course. But I’m like crushing videos. I’m watching video all day. Even my girlfriend gets mad," he said.

Nunez spoke to WMAR-2 News Sports Reporter Shawn Stepner from his home in South Florida. He lives there with his girlfriend. When he’s not critiquing video of his 2019 season he said he tries to work out... creatively.

"I’m kind of in a small apartment here in Miami and I have to move everything, all the furniture and everything I got to move it just to put my bands," he said. "And then we got a little space to do some skipping, some shuffle or something. Trying to stay active."

The Major League Baseball season is on hold due to the coronavirus pandemic. And nothing can replace it.

He added that this break is really the safest thing for all involved and wanted show some appreciation to all of the essential healthcare personnel.

"To all those people who are over there literally risking their life. We really got to say thank you to those people."

And when the season does hopefully begin Nunez hopes to build on his career-best 2019 campaign, when he posted 31 home runs and 90 RBI in 151 games.

He was really been excited to start 2020.

"Yeah I was. I still am. Hopefully," said Nunez. "We got to have faith this season is going to come."

Faith that the first pitch could be right around the corner.