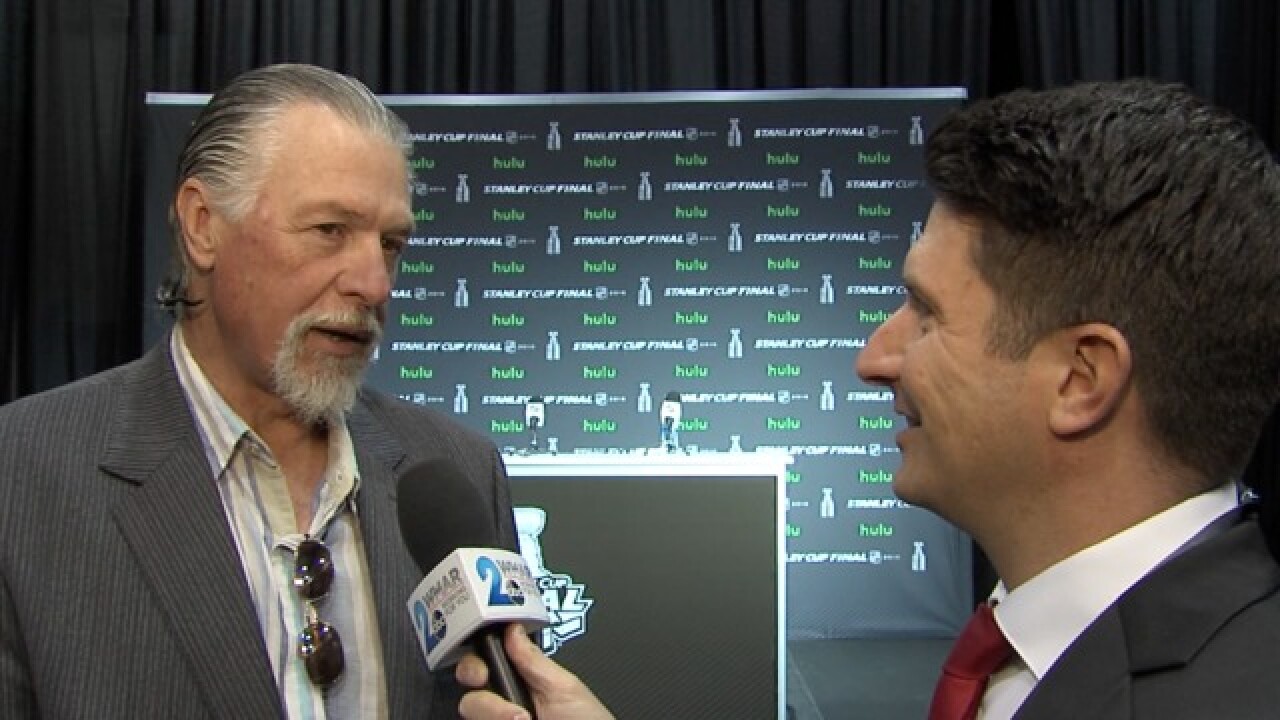 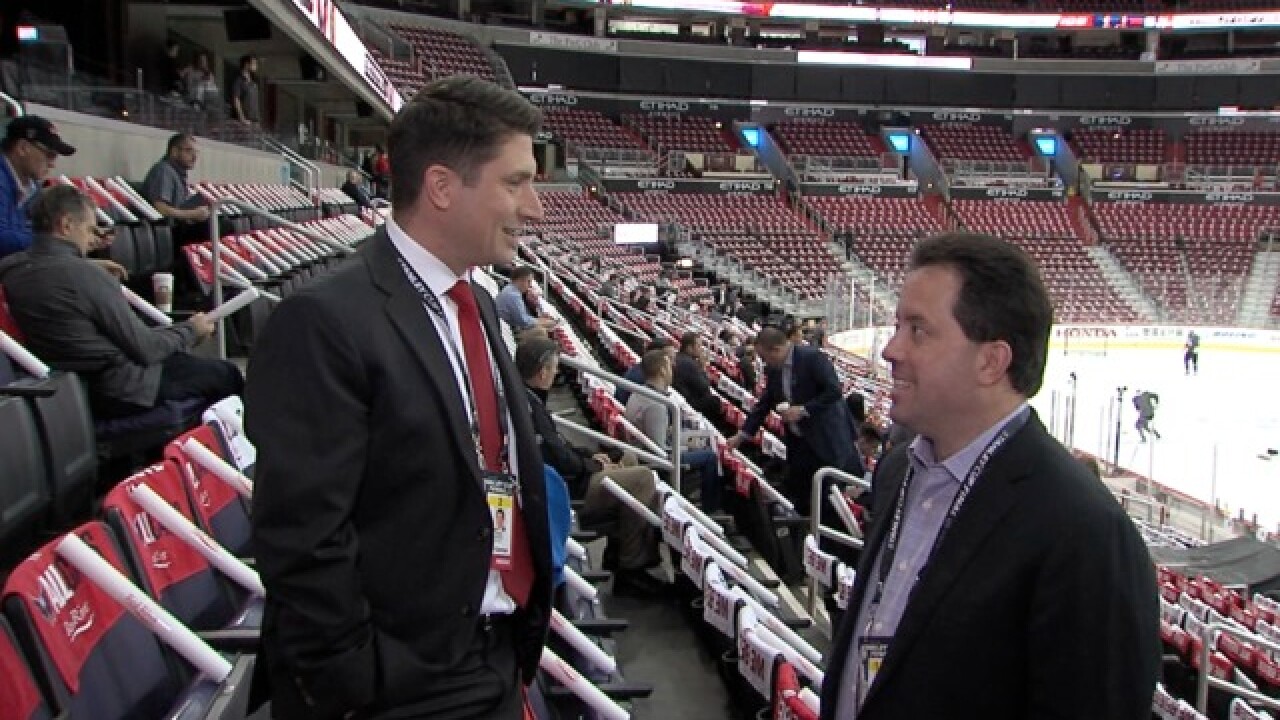 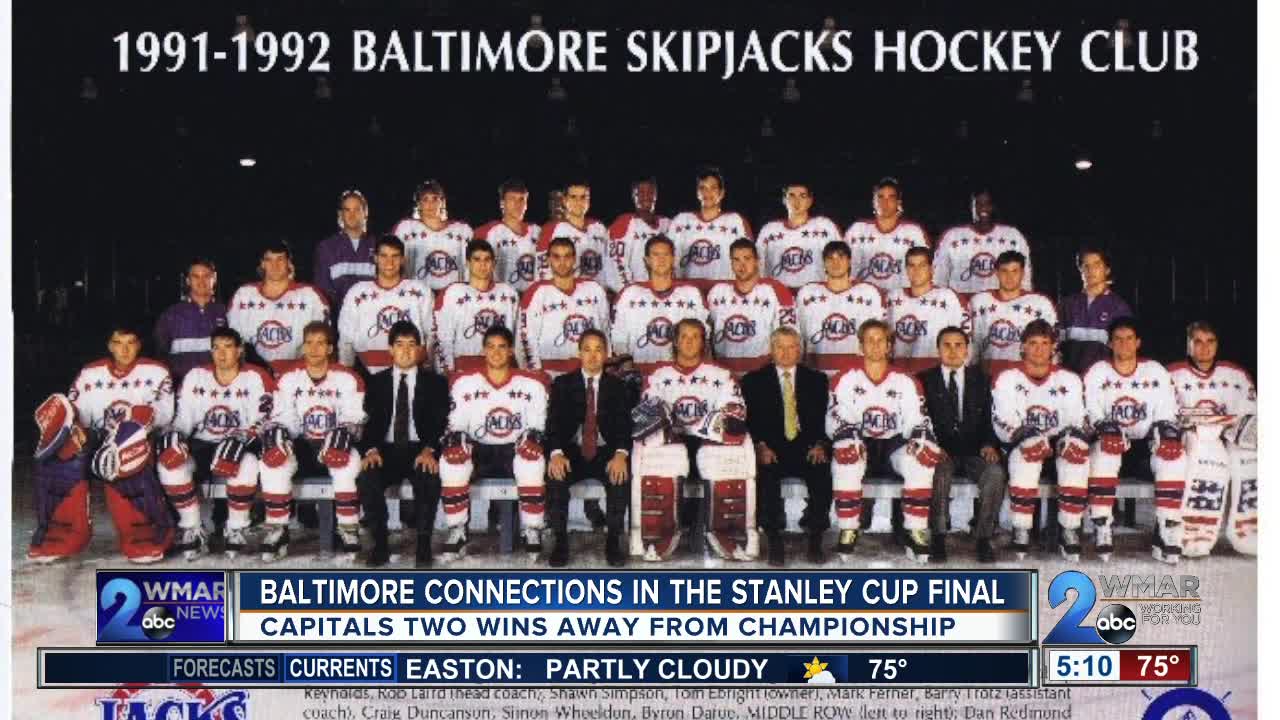 Two wins down, two to go for the Capitals in the Stanley Cup Final. They don’t want to let this moment slip away.

“I’m enjoying it. I think maybe you’re never going to have a chance to play one more time like that. I think everybody understand that,” said Capitals captain Alex Ovechkin. “We have fun and we enjoy the moment.”

The Caps aren’t the only ones.

Kenny Albert is certainly enjoying the Cup Final. The national play-by-play man is calling the game on the radio for the series. Before he hit it big he was in Baltimore. His first broadcasting job was with the minor league Skipjacks.

“(I) moved to Baltimore in June of 1990, lived up in Owings Mills. Have such great memories,” he said. “I look back on those two years as among the best years of my life both professionally and personally.”

The Skipjacks were the American Hockey League affiliate of the Caps back then. Their assistant coach when Albert got his gig, current Capitals bench boss, Barry Trotz.

“I was the road roommate with Barry for two years. Even during the second year, in February of 1992 when he shifted over and became the head coach, he told me he didn’t want to change the Karma so we stayed as roommates. Great to see some of the people who were involved with the Skipjacks and the Caps back then having great success now 29 years later.”

ESPN hockey analyst Barry Melrose used to play and coach in the AHL. He came through Baltimore once or twice and encountered the hockey fans in our city.

“I enjoyed the Baltimore Arena I thought it was a great American League Arena,” he said. “Baltimore always had good teams, tough teams. Very tough to play against. “

And Melrose thinks the Capitals are at their best when it matters most.

“I don’t think the Caps have played this well, this long all season long.”

They’ll try to keep it going Monday in Game 4.  If the Caps beat the Vegas Golden Knights they’ll go up 3-1 in the series and could clinch their first Stanley Cup Championship in Vegas on Thursday.