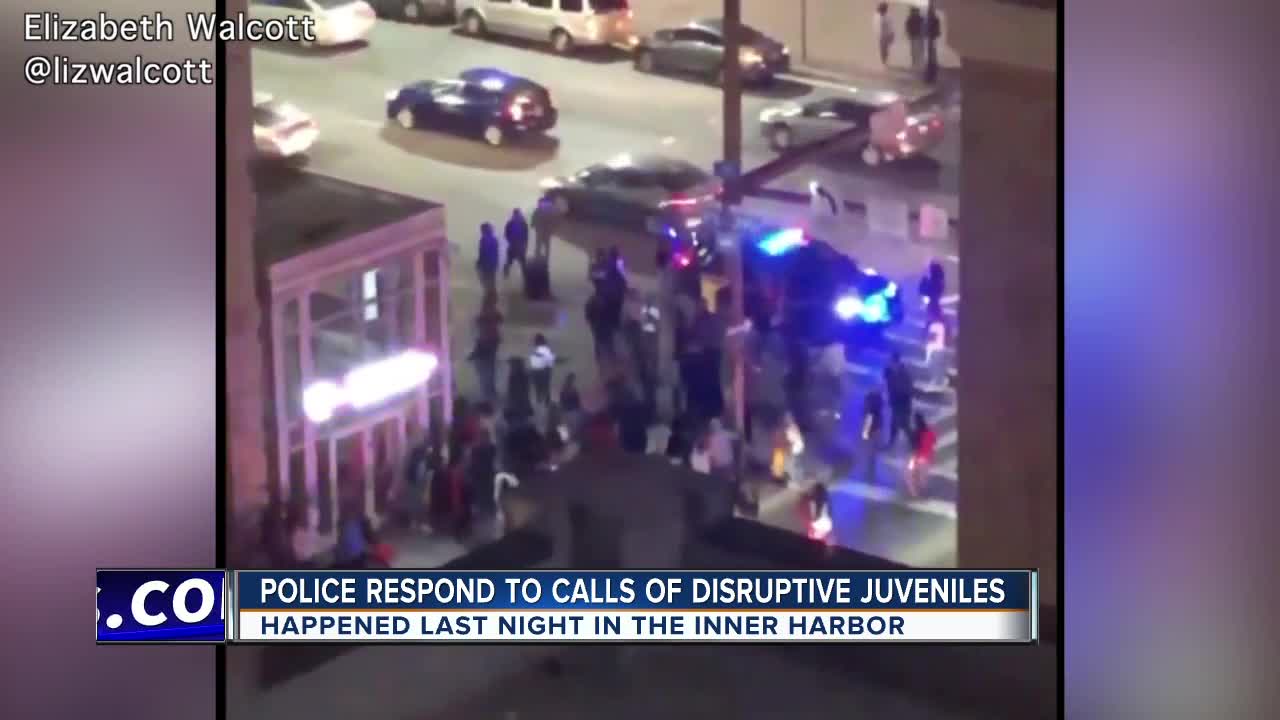 Baltimore Police say they responded and the teenagers dispersed and left the area.

Officials say no injuries were reported and no one was arrested.

Yo @BaltimorePolice what the actual hell is happening outside my apartment? #baltimore pic.twitter.com/AtjNHrtM0D