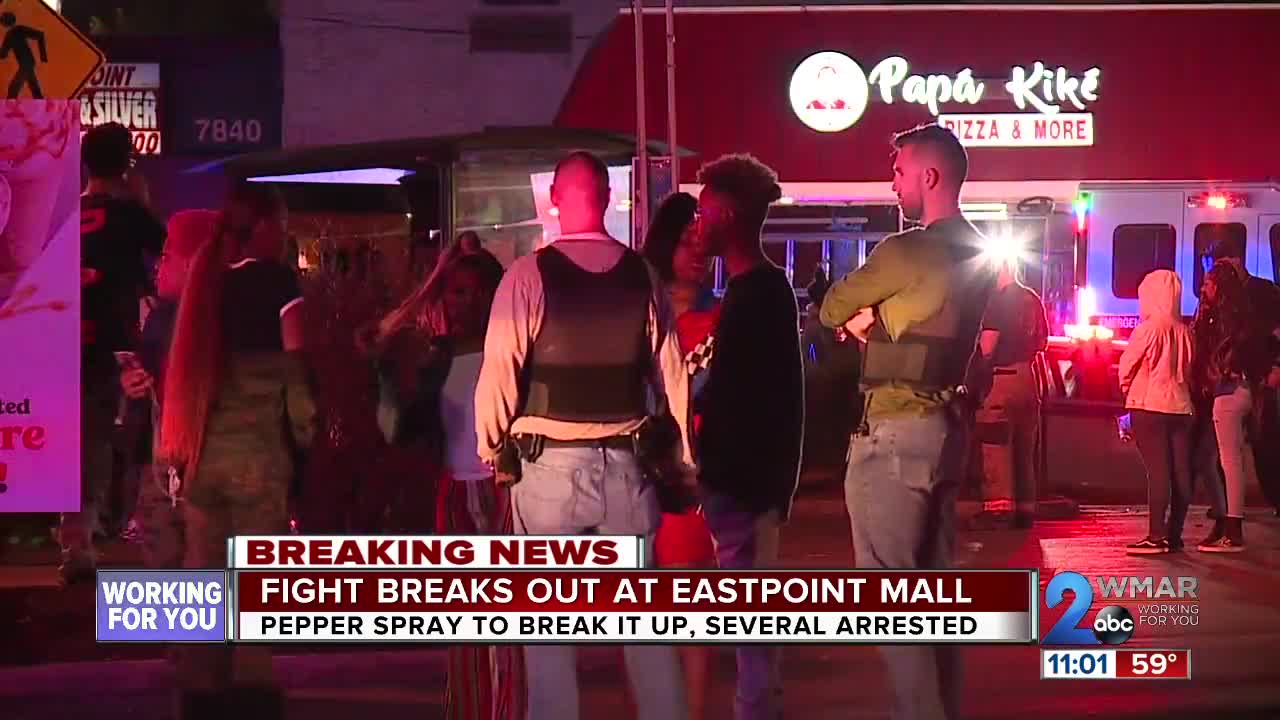 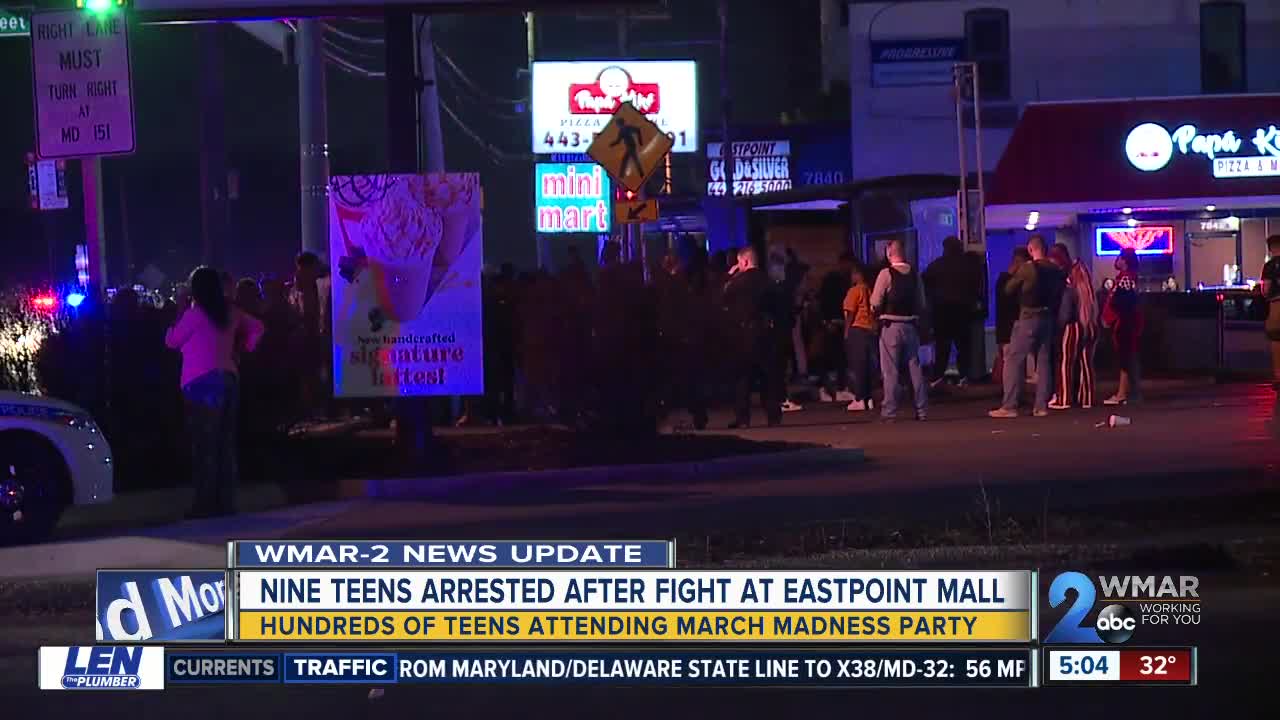 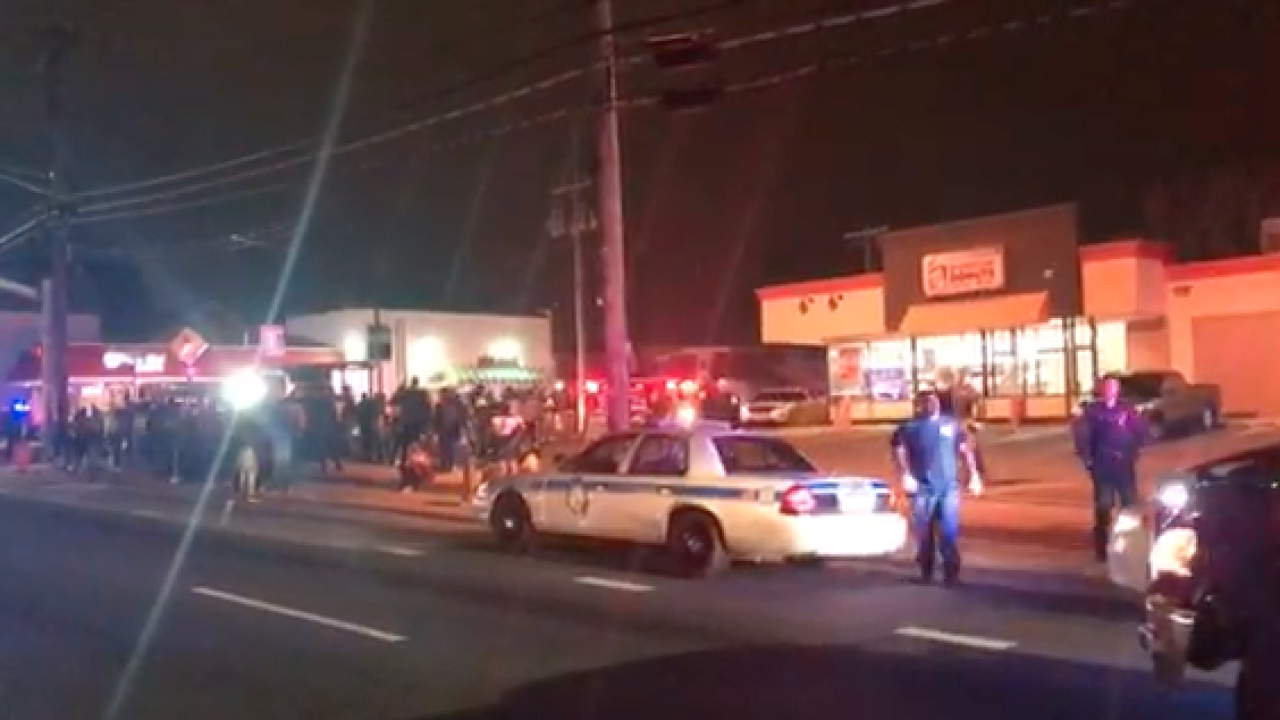 DUNDALK, Md. (WMAR) — Several teens have been arrested after a fight broke out at Eastpoint Mall in Dundalk Friday evening.

Kids said they were at the mall for a March Madness party. When they moved to the parking lot, fights broke out. Then, Baltimore County Police started getting calls for fights and destruction of property.

Officers who responded to the scene used pepper spray to break up the crowd of an estimated 300 teens. They also arrested several juveniles for second-degree assault, robbery and destruction of property.

WMAR-2 News Reporter Abby Isaacs says there were hundreds of teens and dozens of police cars, helicopters, and an ambulance at the scene.

Kids are running EVERYWHERE. Police have blocked several streets and are trying to get kids to go home

Baltimore County officers called for additional help from other precincts and Maryland State Police to control the crowd and to try to get the kids to leave or go home.

On Saturday, Eastpoint Mall addressed the incident with the following statement: