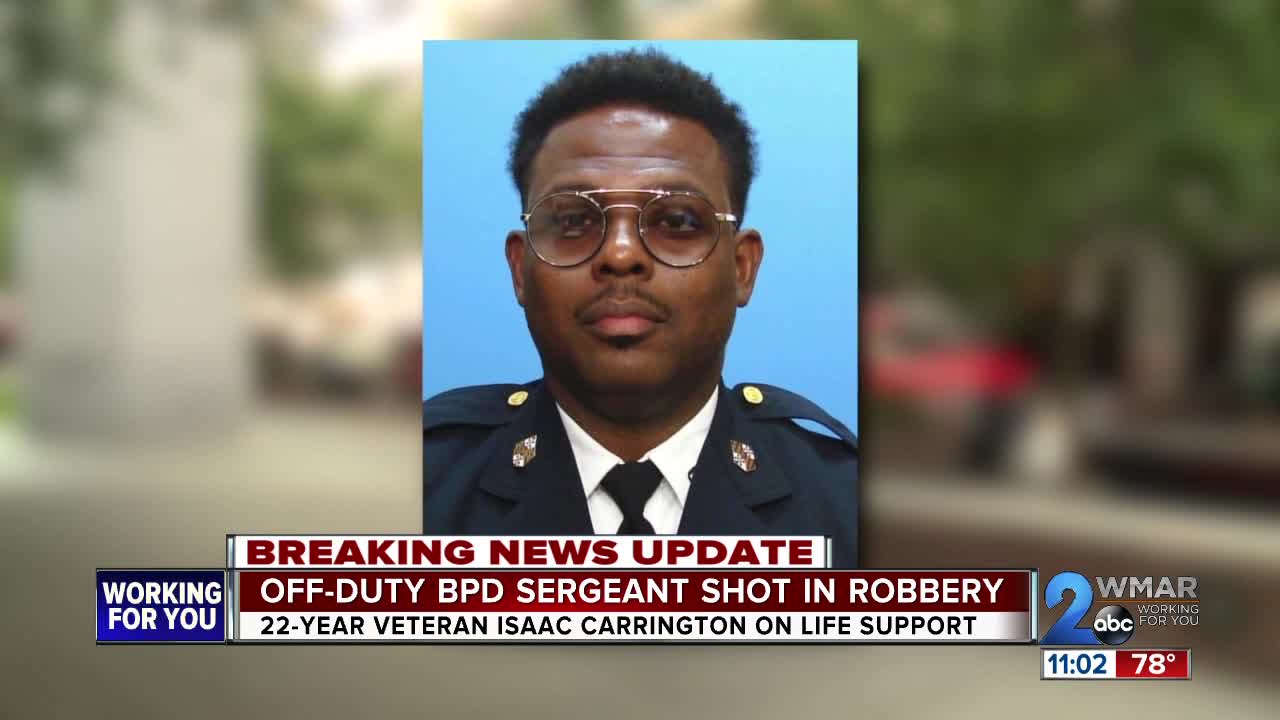 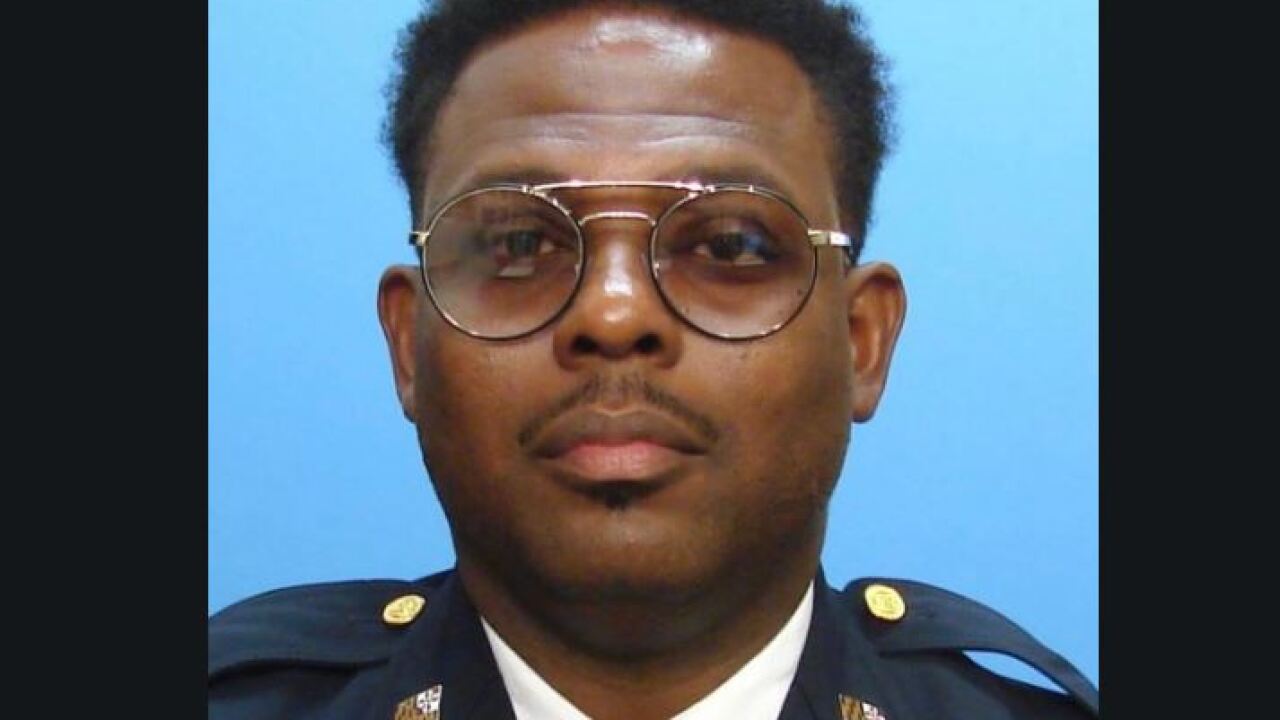 BALTIMORE (WMAR) — Thursday's robbery and shooting of a police sergeant is the third time in less than a month that a Baltimore Police Department employee has been robbed while off-duty.

The latest incident happened just before 3:30 p.m. in the 5500 block of Summerfield Avenue.

Police say 22-year department veteran Isaac Carrington was in plain clothes, on his front lawn speaking with a neighbor when a masked gunman got out of a vehicle and demanded their property.

The gunman chased and shot Carrington after he and the neighbor tried running away in opposite directions.

Carrington was taken to Shock Trauma and is currently in the intensive care unit on life support.

Police meanwhile are still looking for the suspects with a reward of up to $19,000 being offered.

Just over two weeks earlier, a 59-year-old civilian employee was badly beaten and robbed by three suspects as he walked downtown in the unit block of Albermarle Street.

The incident was caught on surveillance and showed the victim being repeatedly punched and kicked in the head.

Police have since arrested and charged one of the suspects, a 15-year-old boy.

The ATF, FBI, and Metro Crime Stoppers continue to offer a cash reward for information leading to the arrest and conviction of the remaining two suspects.

Then four days before that, Daniel Murphy, the department's Deputy Police Commissioner and his wife were robbed at gunpoint near Patterson Park.

Murphy told responding officers that the suspects approached them from behind as they were walking on E. Pratt Street. They pulled a handgun and demanded he and his wife's property.

They took off with a purse, wallet, cash, and cell phones, but luckily the couple was unharmed.

As if those incidents weren't enough, five days prior to Murphy being robbed, a 51-year-old Sergeant was shot in the line of duty while responding to a call for shots fired at Man Alive Methadone Clinic.

On scene, 25-year veteran Bill Shiflett was wounded by Ashanti Pinkney, 49, who had already shot and killed an employee inside.

After almost a week in the hospital, Shiflett was released and remains unable to work.

All these incidents have continued to stun Baltimore, as shootings and murders are up from last year, while Commissioner Michael Harrison works to implement a new crime plan that has been met with resistance by the Fraternal Order of Police.