PPP loans in Maryland: Who got one & how much? 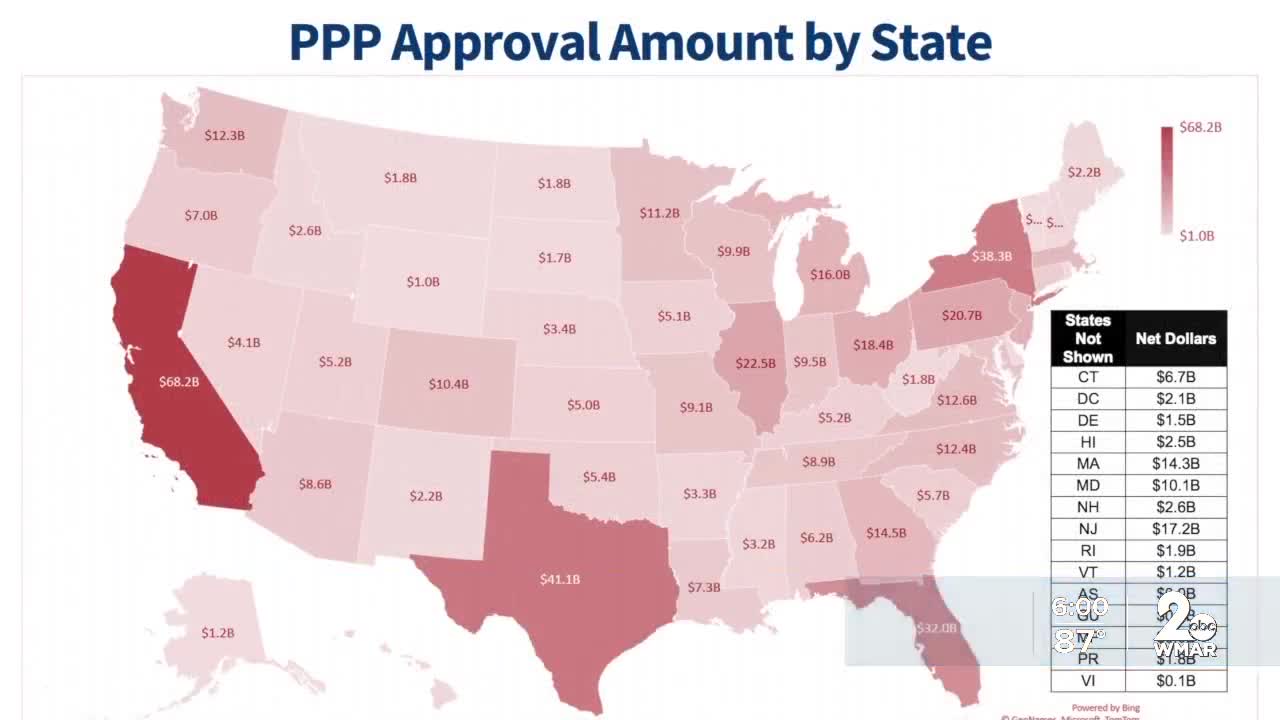 Maryland companies received more than $10 billion of the $521 billion disbursed through the Paycheck Protection Program. Federal data released on Monday shows that 81,315 loans went to businesses in the state.

BALTIMORE — Maryland companies received more than $10 billion of the $521 billion disbursed through the Paycheck Protection Program.

Federal data released on Monday shows that 81,315 loans went to businesses in the state.

These are loans that have the potential to be forgiven if certain requirements are met, including at least 60 percent of the money being used for payroll-related expenses.

Keeping workers employed is the main goal of the program, and the data indicates 938,434 jobs may have been saved, making up 75 percent of Maryland’s small business payroll.

However, the program has its flaws.

Jeremy Schwartz, an associate professor of economics at Loyola University Maryland, said there should've been a larger focus on giving the money to companies who couldn’t have survived without it.

"Bigger businesses are very, very important to the economy, but they were in a better position to ride out the short term shock," said Schwartz.

The majority of loans, over 84 percent or 68,000 companies, were for less than $150,000. The Small Business Administration did not identify these businesses by name.

While jobs retained for some of these companies were on the lower end, the program sets a cap on salaries of $100,000.

"That was designed for those instances where we might have a small financial firm of 20 people making $300,000 each," Schwartz said.

Around 3,500 nonprofits received money through the program. And there’s still some leftover.

Around $131 billion dollars in funding remains. The deadline to apply for the PPP has been extended to August 8.