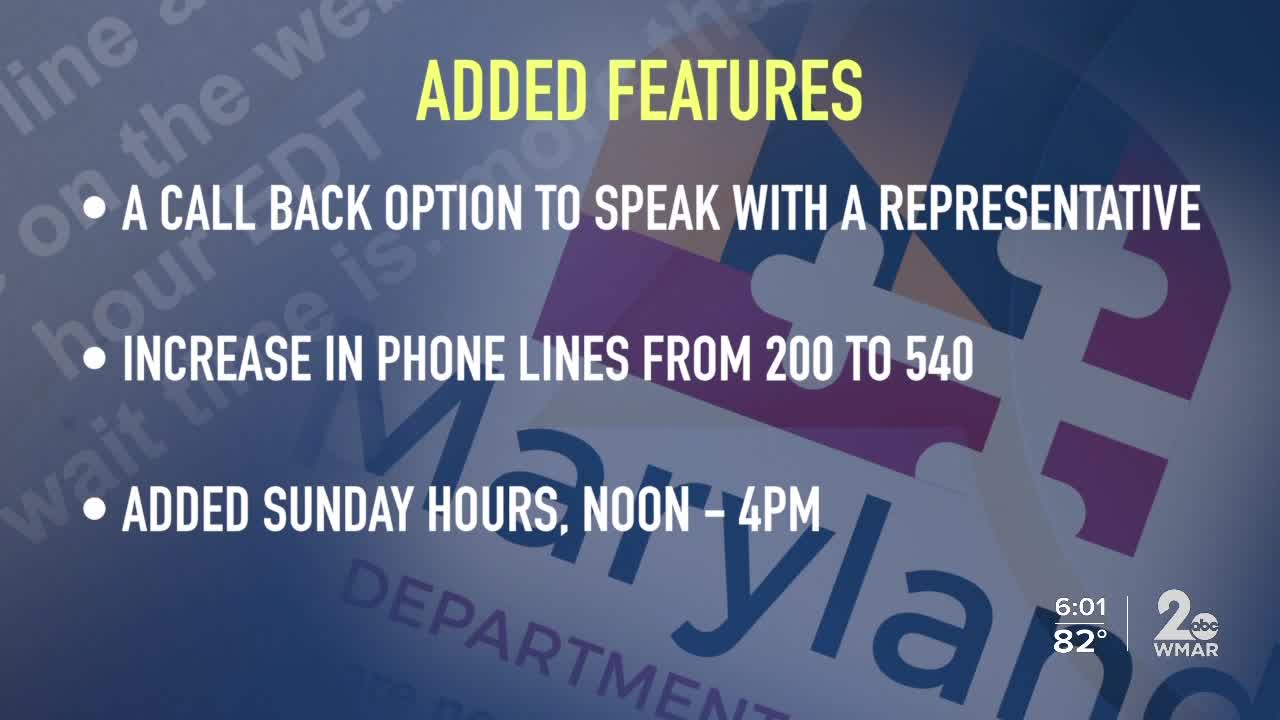 On Friday, the Maryland Department of Labor announced the implementation of the Interactive Voice Response (IVR) system to “expand and improve the features available for unemployment insurance claimants who contact the department by phone.”

The IVR system is for claimants to file weekly claim certifications for both regular and pandemic unemployment insurance claims by phone, as well as reset their PIN number, and check their payment status. To connect with the IVR system, call 410-949-0022 or 1-800-827-4839.

In addition to offering different phone numbers, phone lines have increased from 200 to 540, and the agency is now offering Sunday hours from noon to 4 p.m.

The Department also announced a callback feature where claimants who call during business hours can leave a number for an agent to call them back, however, Chelsea Walters said she's only received a busy signal.

“Today, every number I call it tells me to callback during normal business hours and it’s given me an 800 number, which I’ve never had that happen before. So now, I’ve called that 800 number 200 times today and it’s just busy,” Walters said.

Walters has waited 11 weeks for her benefits. After speaking with different representatives over the last few months, she keeps getting told that she needs to wait for an interview. But when her car broke down on Friday, she decided to try calling again.

“Now I’m in a worse position than before and I need my money now,” said Walters.

WMAR-2 News Mallory Sofastaii has received emails from claimants who were able to leave a callback number and spoke with an agent the same day, however, others have said they, like Walters, were not given this option.

Sofastaii reached out to the Department of Labor to ask why the function isn’t working for everyone. A spokeswoman confirmed all 540 lines are now operational, but did not yet respond to her other questions.